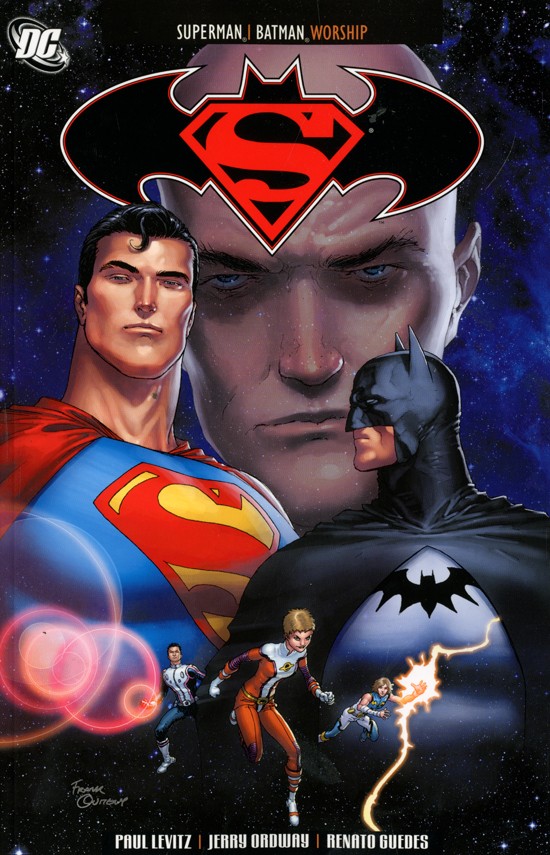 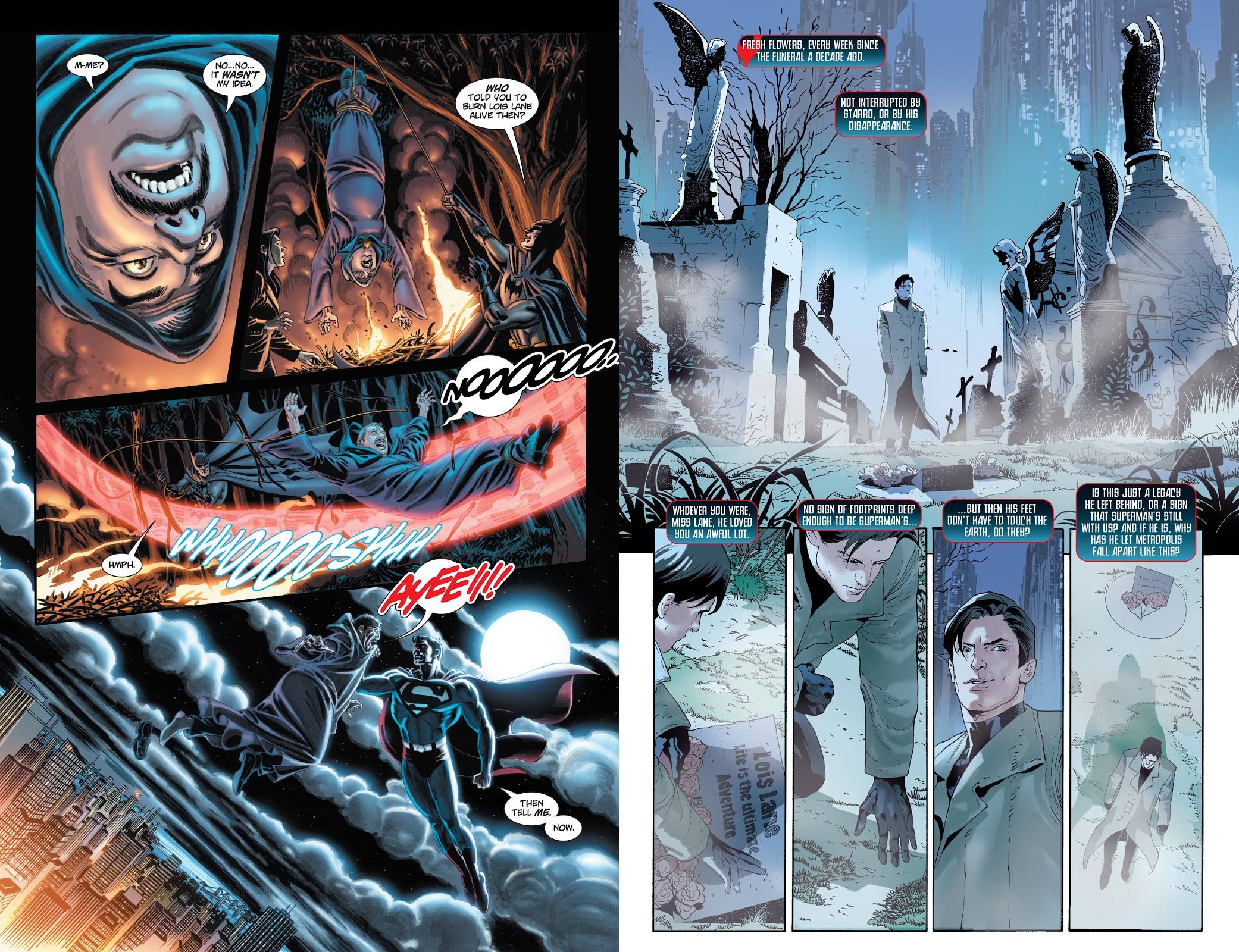 The opener is set in the Batman Beyond era when Terry McGinnis wears the cape and cowl, guided by an elderly Bruce Wayne from the Batcave. The starting mystery is why a considerable quantity of Metropolis lowlifes have overcome their fear of Batman enough to migrate to Gotham. It turns out there’s a new drug on the Metropolis streets, one containing minute traces of Kryptoite, yet no-one’s seen Superman in a fair while.

Levitz ensures Wayne and readers will be a step ahead of the younger Batman, although the astute will guess what’s happening to the Metropolis crooks also. As drawn by Renato Guedes (sample art right) there’s a clarity and a nobility to the characters, Levitz gives a new twist to an old confrontation, and there’s a thoughtful small moment about the person responsible for flowers on a grave. It makes for a fun appetiser.

‘Worship’ looks odd for anyone used to Jerry Ordway’s art, as colourist Pete Pantazis seems to be working directly over the pencilled pages, and the effect is decidedly old fashioned, looking like the paintings on 1930s pulps. That’s perhaps appropriate as it seems at first as if Levitz is also working with old material, reshaping a piece of 1960s mythology of a planet where Lex Luthor was worshipped as a hero. Bonkers as the old stories were, there’s something nice about the idea of Luthor being a hero just because a planet’s entire population believed he was, and conforming to their wishes. It’s good news that Levitz doesn’t mess with the sanctity, instead using the possibility of that happening as a springboard for an alternative idea about worship over four chapters. It’s a detective story that works until the mystery is revealed, when it doesn’t make much sense, more likely to attract the attention of the world’s greatest detective than divert it. The involvement of Lois Lane is good apart from Ordway heading even further toward the pulp aesthetic by having her half-undressed at one point.

Batman working with the Legion of Super-Heroes is a real novelty for the third story, although definitely aimed at people who know who they are despite the captions featuring names and powers. It’s a semi-follow-up to ‘Worship’, for which Ordway reverts to pencil and ink. The pages still look slightly old-fashioned, but better. Ultimately, though, while Superman and Batman feature, it’s hardly a team-up, as the focus is on the LSH and the villain, but the neat surprise element explaining everything is on the first page, the heroes remain ignorant, and the ending is bizarrely abrupt and unsatisfying.

As a collection the wish would be for a little more thought overall. Worship reads well enough to hit average, but the seeds of something better are also present. 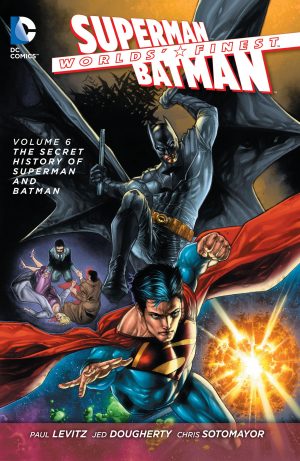