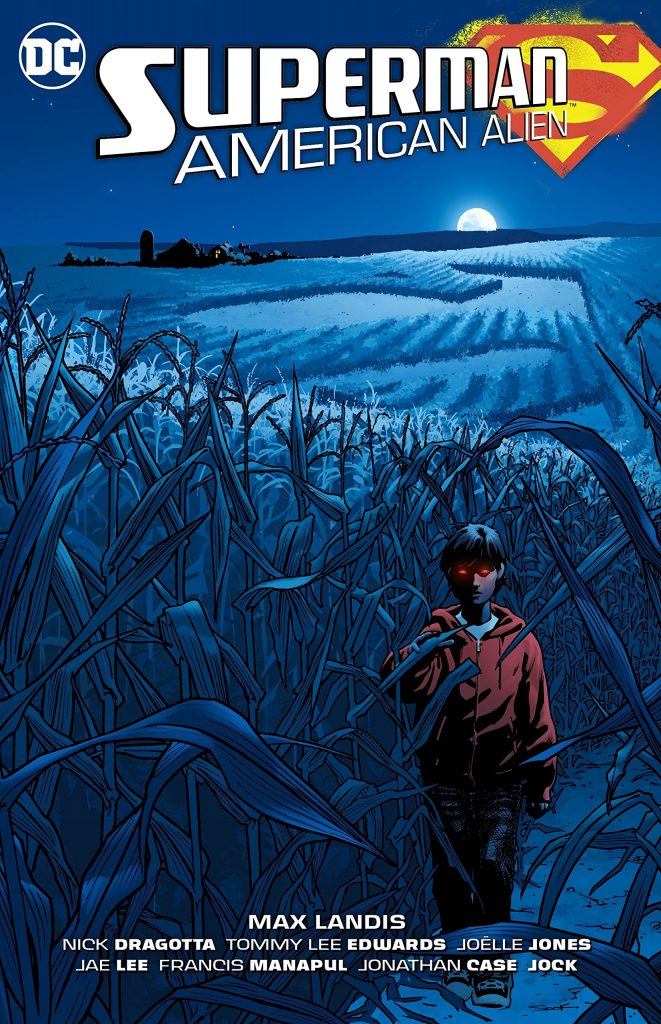 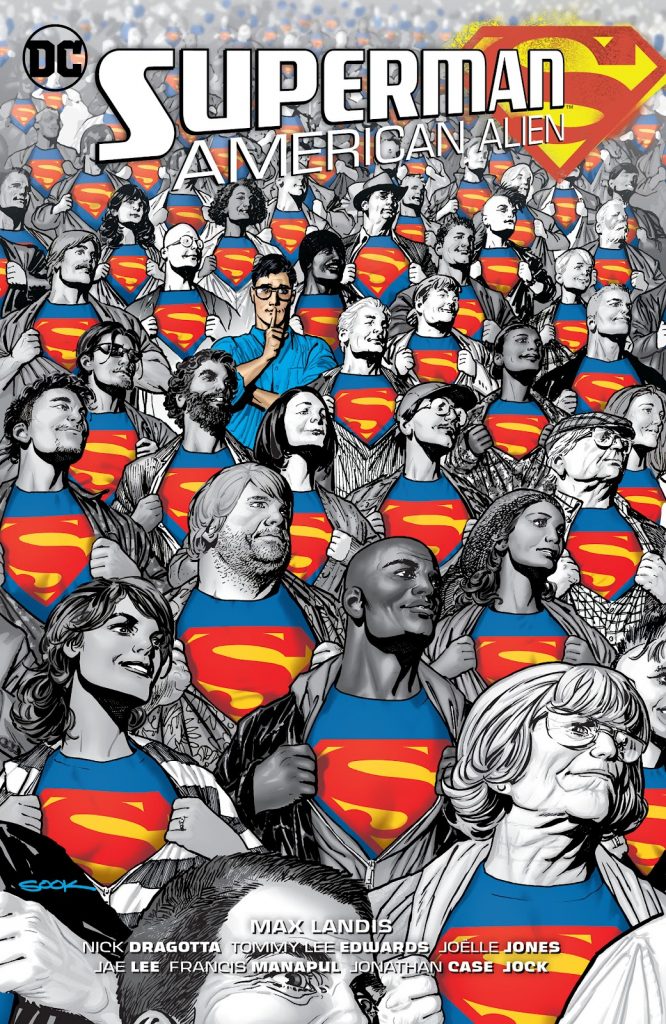 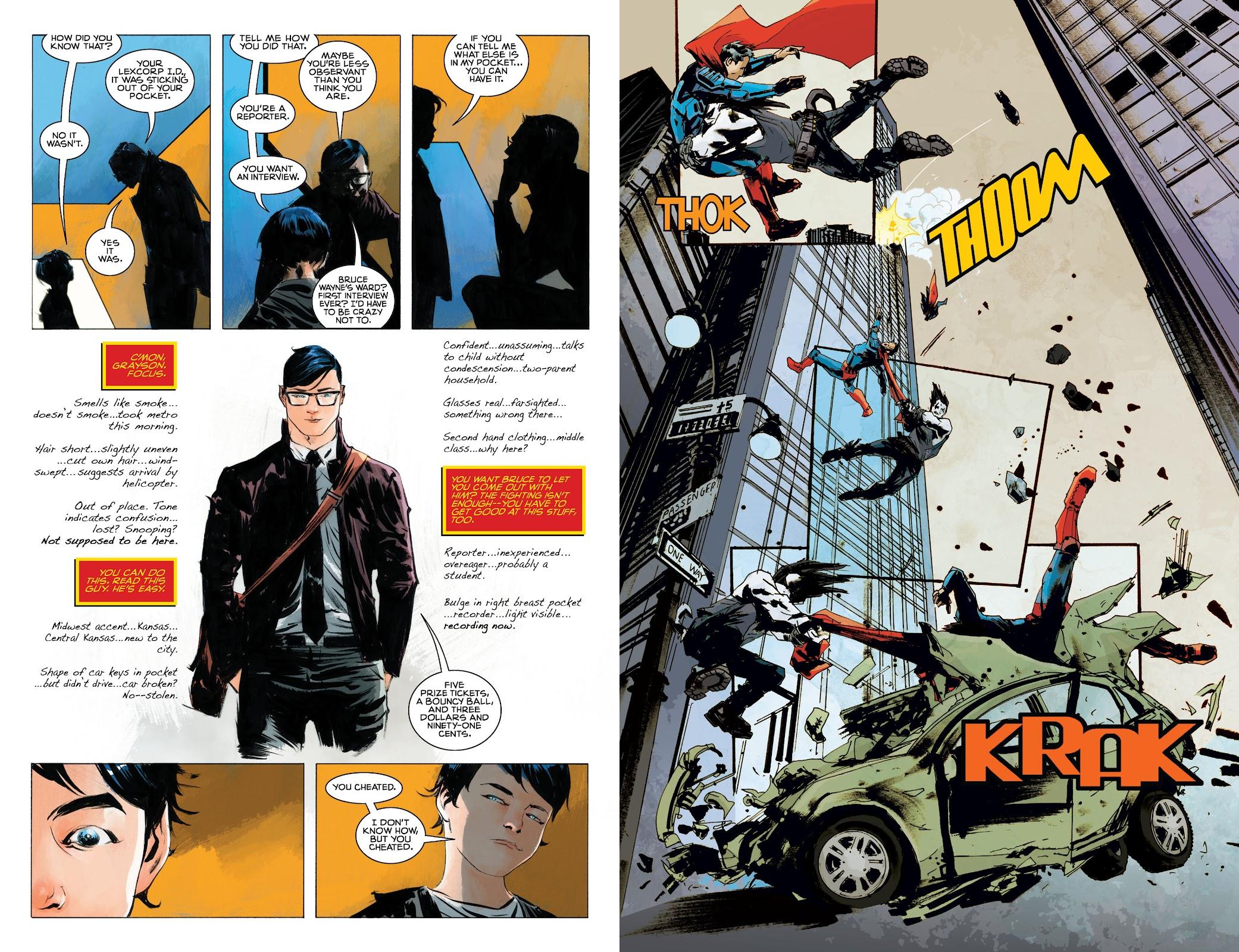 Anyone who’s been reading superhero comics for years has experienced several creators reflect on Superman’s career from Smallville to Metropolis, supplying new little twists or additions. The recommendations offer some alternatives. Because it’s a well trodden path it might be thought there’s nothing of substance left to offer, but over seven chapters in American Alien, film and TV writer Max Landis blasts that theory out of the water.

The tone is set by first chapter looking at the young Clark Kent discovering flight, not knowing how to control what he’s doing, and beginning with his terrified mother clinging to his ankle as they rise ever upward. Landis in the company of artist Nick Dragotta takes an entire chapter disclosing how Superman learned to fly, and what a complicated process that is.

Each successive chapter takes an equally inventive look at an aspect of how Clark Kent progresses from a youngster in rural Smallville to the journalist and protector of the world based in Metropolis, with Clark resolutely the focus rather than Superman. To some the sight of Clark just having lost his virginity during a hedonistic boat party might be distasteful, but American Alien is packed with smart observations, clever dialogue and funny jokes in passing. Jae Lee’s sample page showcases much of that, although Lee moving away from his usual colder style to something looser results in one of the weaker artistic outings, ordinary rather than memorable.

Jock provides the other sample art, a little better at altering his customary precision, so fitting in with artists deliberately chosen to present Superman in a way removed from the usual clean look associated with Superman comics. It’s a mixed blessing, with some responding better than others, and Tommy Lee Edwards really standing out. Why’s he not more highly admired?

This is a vulnerable and uncertain Superman trying to do the right thing, but not always even sure what that is, addressed in a chapter nicely drawn by Francis Manapul bookended by discussions with Lois Lane. One of the funny throwaway moments is Clark originally thinking she’s Louis Lane. The ending is abrupt, but by then Landis has taken Clark on a plausible journey from discovering he’s different to coming to terms with alien planetary threats. It’s plausible, engaging, thought-provoking, surprising and often funny.

The chapters are each separated by single page strips or illustrations covering a variety of Superman-related topics, posing questions or setting up the future chapters. They’re nice little bonuses, and even better for being drawn by Mark Buckingham, Matthew Clark, Steve Dillon, and Evan “Doc” Shaner.