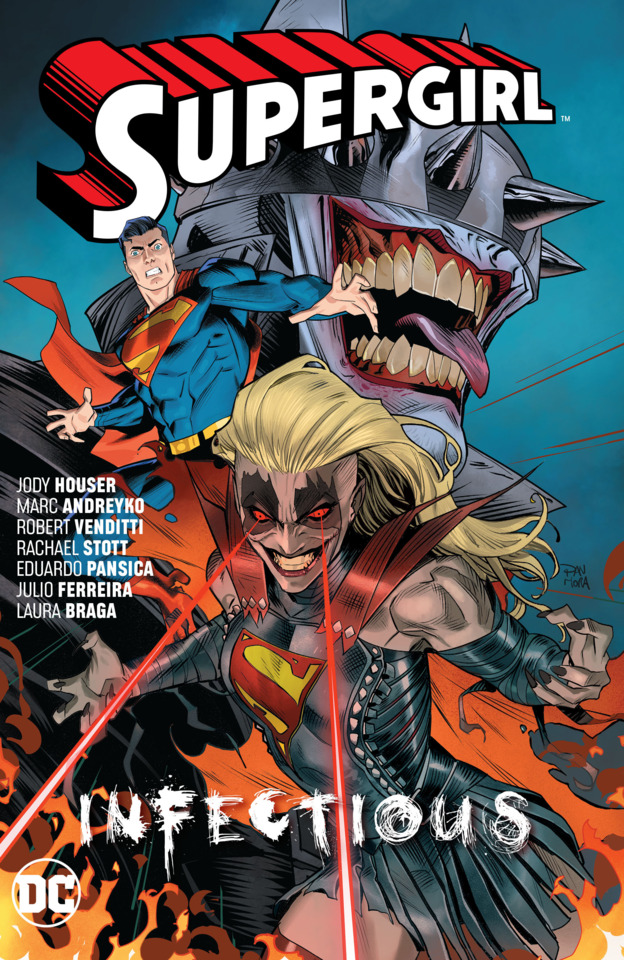 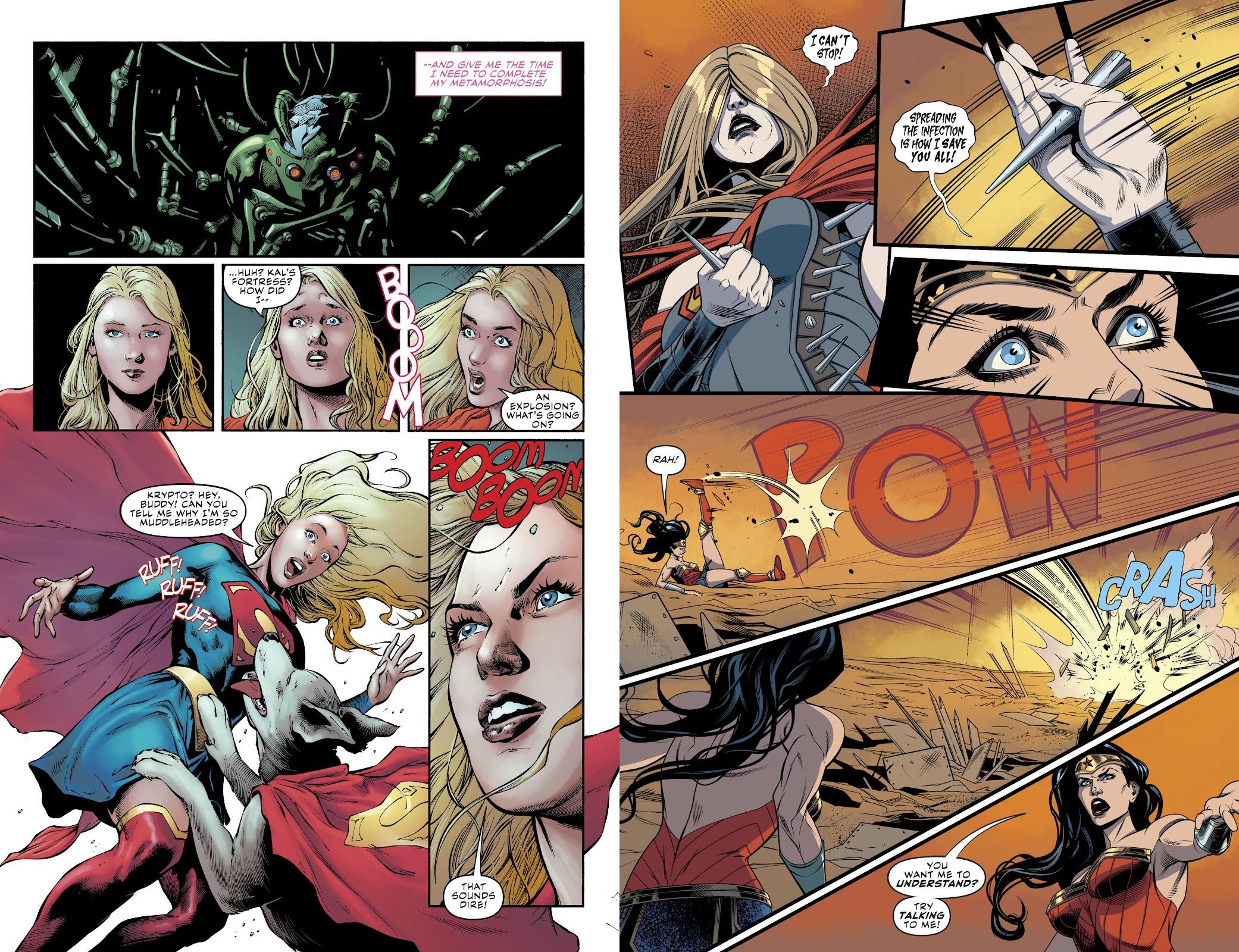 Over the previous two volumes Marc Andreyko has turned in solid Supergirl stories, and that’s the way things begin in Infectious. After the events of Sins of the Circle Supergirl is back on Earth, Brainiac has been reactivated, and Supergirl reconnects with some old friends and acquaintances. These aren’t the greatest Supergirl stories ever to see print, but perfectly acceptable superhero dramas with suspense, surprises, danger and tension.

Then it all goes horribly wrong. The DC of post 2010 seems utterly committed to the misguided idea of attempting to squeeze ever greater amounts of money from ever fewer readers by making those readers pick up other series to understand a complete story. It’s as if they’re unable to comprehend that the declining readership could be connected with their grasping policies. Much of Infectious ties into the Leviathan story then running in Action Comics. An all-powerful villain corrupts a number of heroes, and Supergirl is among them, so instead of letting Andreyko continue with his entertaining run, Jody Houser is shipped in to spread that plot into Supergirl’s own title.

The result is Supergirl transformed into a snarling evil parody of herself who’s going to improve Earth whether people want it or not, but because that’s not very interesting, much space is given over to Superman and Batman’s attempts to stop her before Wonder Woman takes a hand. When the best scenes in several chapters are sympathetic ones of Krypto failing to understand Supergirl’s new personality, there’s something seriously wrong.

There’s nothing wrong with the art, though. Eduardo Pansica carries on where he left off in Sins of the Circle, providing attractive scenes of Supergirl in action and in conversation. What Rachael Stott is given is far more action-oriented, but her original design for the corrupted Supergirl is genuinely fearsome.

Robert Venditti and Laura Braga present the best of this volume with their flashback to ‘The Best Day of Her Life’. It does take place with Supergirl not herself, but is a flashback to her youth on Krypton, a sweet tale of the teenager becoming a woman, which isn’t as tacky as that description might imply. Venditti doesn’t conceal that all is not right, Braga’s pages show a lot of effort put in, and the emotional beats are well supplied.

However, all too soon it’s back to the regular mess, and if underlining DC’s contempt for readers, having run four chapters of an evil Supergirl, the conclusion isn’t supplied here. Turn the page, and it’s back to the normal kindly Supergirl feeling guilty about what she’s done.

If there’s a bonus to anything here it’s the physical presentation of two final chapters previously only released in digital form and closing off the series. They were scheduled as comics, but covid-related problems prevented their actual publication. Those who were enjoying the Supergirl gone bad story can now have it complete, but the epilogue is poor, falling back on hallucinations as a plot. Infectious is a shoddy collection. Don’t bother with it and pick up better Supergirl from the recommendations. 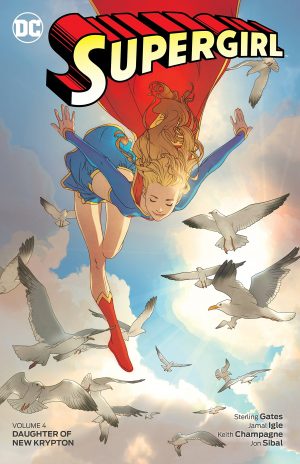 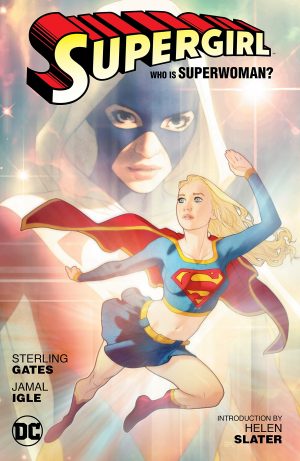 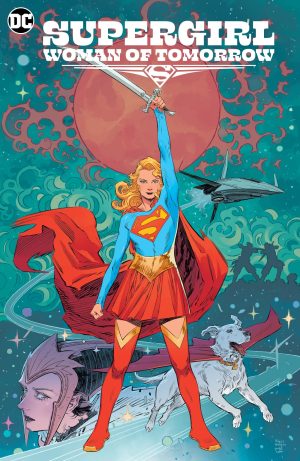