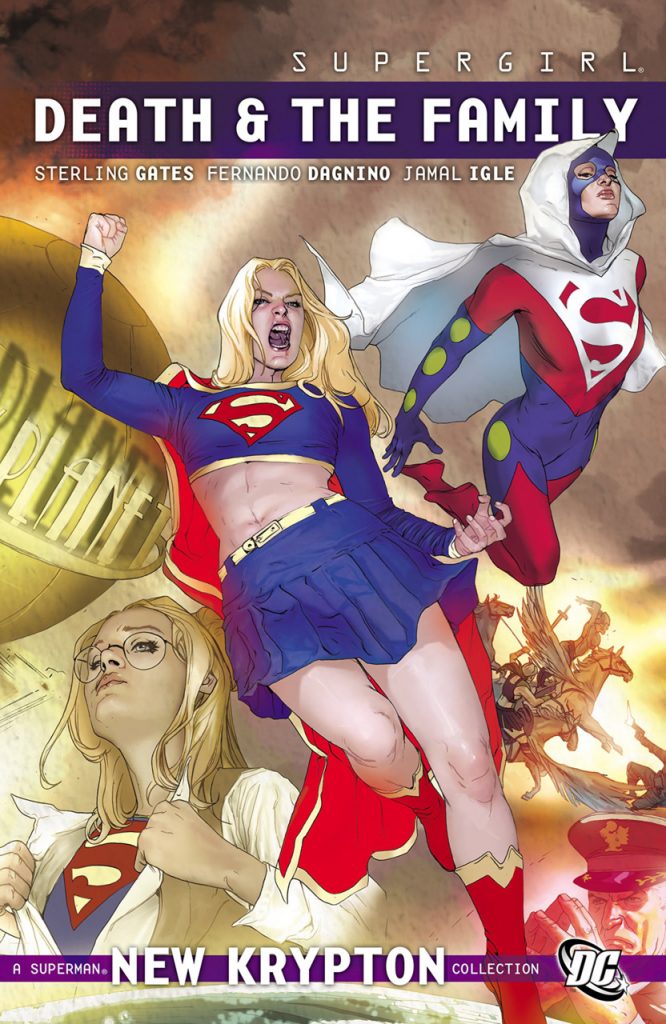 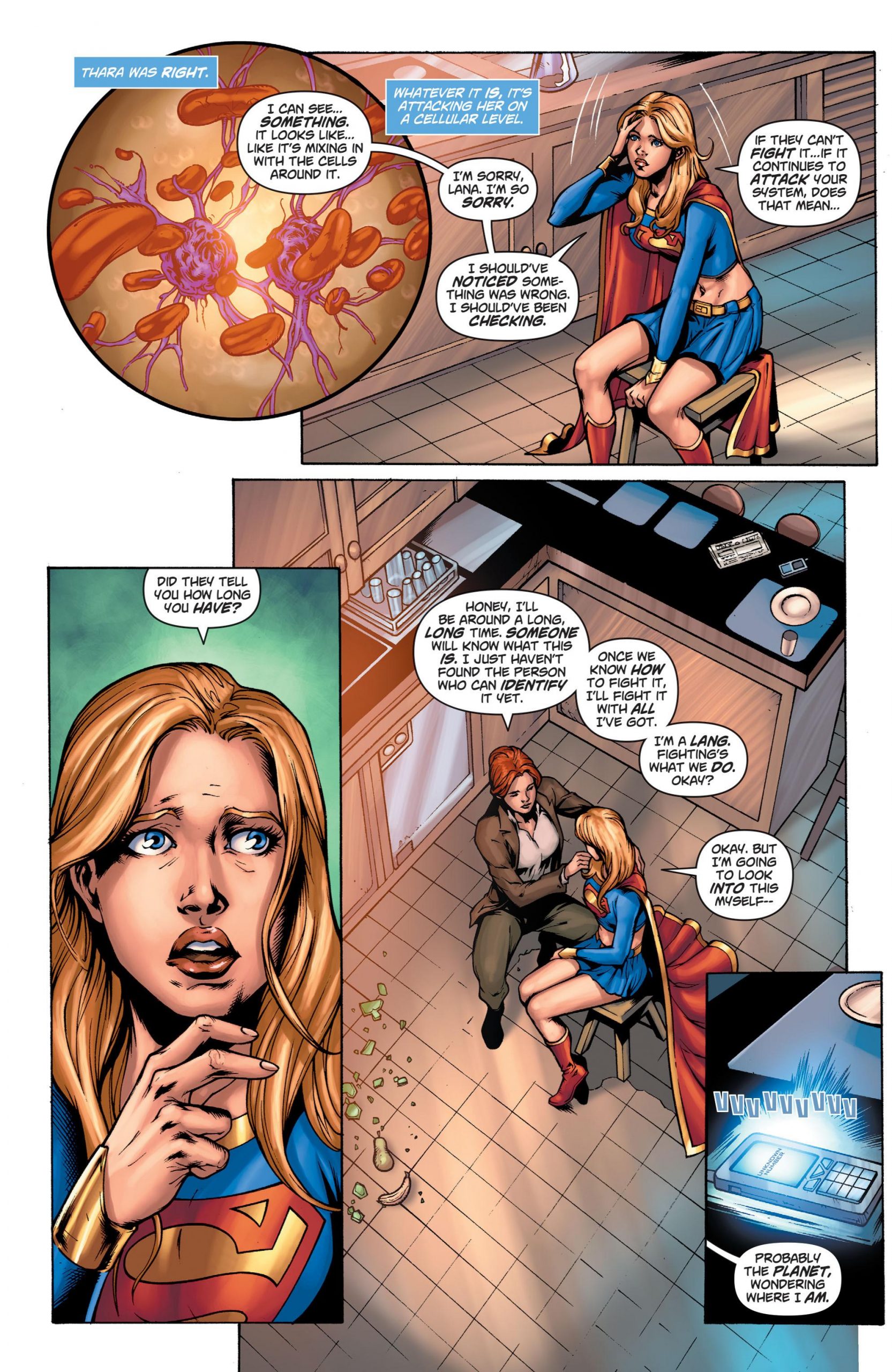 Death & the Family supplies four stories by Sterling Gates, all very different, but all having the blend of high action and high emotion that’s characterised his earlier work. There’s not any great connection to the previous volume, Friends & Fugitives, so this can be picked up independently and enjoyed as a sample of Gates on Supergirl.

The opener concentrates on the Earth shock troopers clamping down on unauthorised Kryptonians, placing Supergirl in danger when in her civilian identity of Linda Lang. It’s a clever plot with an emotional core, although if Kryptonians want to conceal themselves, why stay in a major city where armoured troops are hunting them down? Supergirl doesn’t feature in the following story, which looks back at Superwoman, her past well contextualised, and setting up a future encounter.

Silver Banshee is more often a villain that plagues Superman, but she’s had a run in with Supergirl (see Who is Superwoman?), and over a two part story Gates expands on her ancient origins and shifts her motivations slightly. Giving us a new version of Supergirl is novel, if only temporary, and the volume title finally makes sense by the end.

More pages of Death & the Family are drawn by Fernando Dagnino than any other artist (sample art), and he’s toned down on the exploitative poses and skintight costumes, meaning attention is drawn more clearly to his storytelling skills. He captures the emotions well, as while it might have been thought the worst of Supergirl’s emotional traumas were behind her, that’s not the case. Matt Camp would be an even more impressive artist if his people weren’t so stiff and posed. Jamal Igle has been the regular series artist, and he’s a slight cut above the others, putting a massive amount of work into the final story of bugs in Metropolis. The result is something really creepy, and cleverly reformatting an old character into a new threat.

The final short piece is written by Jake Black and Helen Slater, the latter best known as the first screen version of Supergirl, summing up what Supergirl is in the form of a news report. It’s nicely drawn by Cliff Chiang, but a slim piece.

When Gates’ Supergirl stories were repackaged, Death & the Family was combined with Friends & Fugitives as The Hunt for Reactron. Gates finishes off on Supergirl with Bizarrogirl.