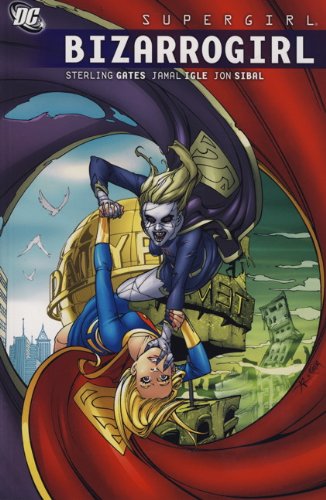 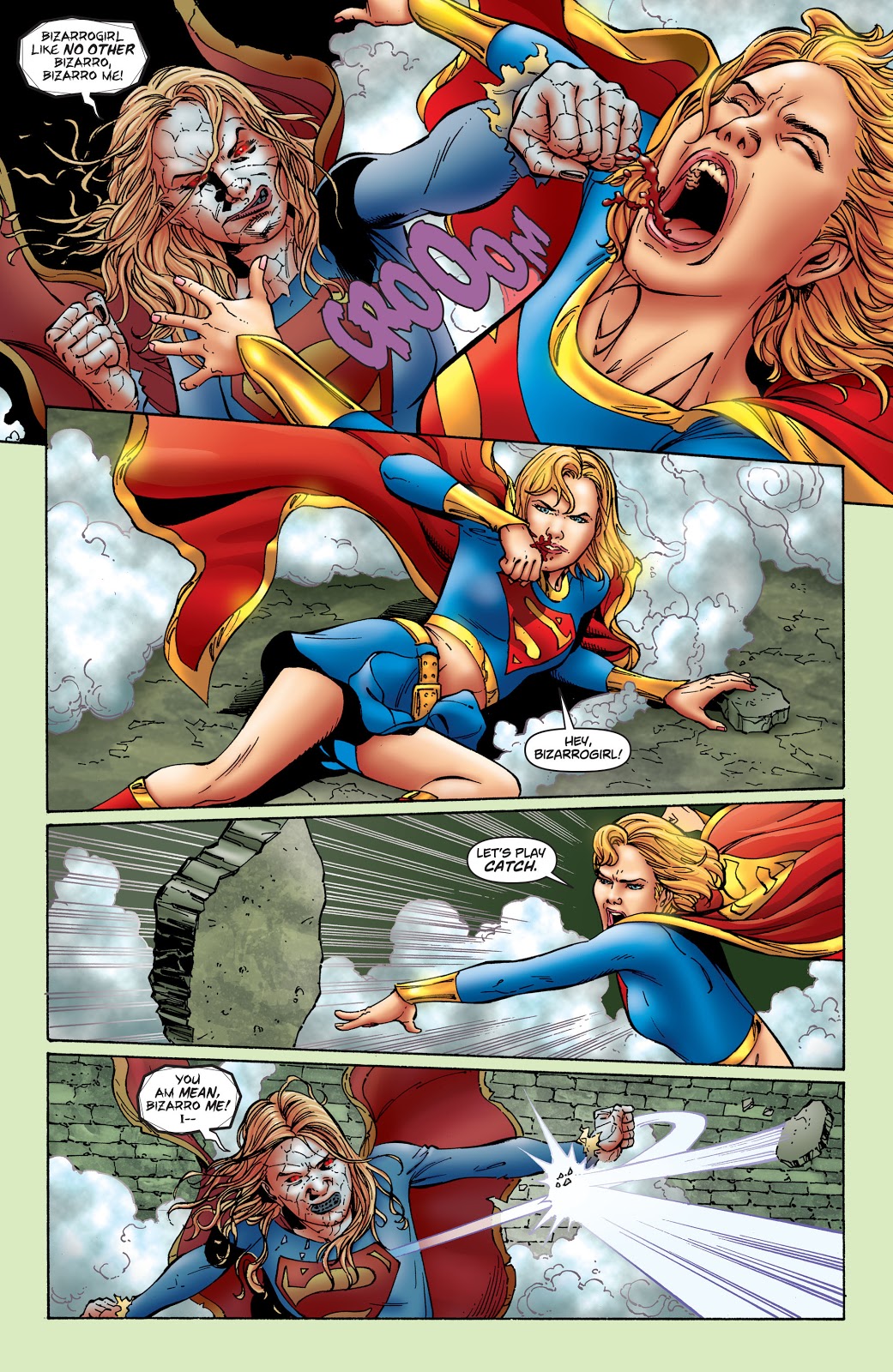 Bizarrogirl serves as the continuation and conclusion of Sterling Gates’ time writing Supergirl whether you’re continuing from Death & the Family or later release The Hunt for Reaction. Between the ending of those collections and the beginning of this, the New Krypton situation has been disastrously resolved, leaving Supergirl back in Metropolis battering the perpetrator, Superwoman.

That’s actually a distraction, with the real threat being the Bizarro Supergirl shown on the cover. She’s a viable problem, but such is the contorted logic of Bizarros always saying, doing and having the exact opposite of Superman, it inevitably leads to complications, and places where the saying and doing contradict the established rules. It’s possibly best just to sweep such thoughts under the carpet and just accept a being as powerful as Supergirl, but utterly deranged. Gates piles in the guest stars, although surely Doctor Light wouldn’t be so easily subdued, and takes the story places you wouldn’t expect, more than once, which has been something of a trademark. There is a slightly wrong note at the start with an exceptionally mopey Supergirl feeling underappreciated, but that can be chalked up to dramatic licence.

Jamal Igle’s art is to drool over, and a very effective touch is colourist Blond having Supergirl’s outfit the only colour in an otherwise grey Bizarro world. Bernard Chang draws the final chapter of the Bizarro story, and while good and packed with people, he doesn’t have the same eye for layouts that Igle possesses. Matt Camp has previously provided fill-in chapters, and there’s been a growth to his art. Layouts have always been good, and a trip to the future to meet the Legion of Super-Heroes has him better with movement than before, although not a lot of people seem to hang out in the future. Marco Rudy’s pages in between Camp’s are intrusive, the viewpoints very different and the style not as accomplished.

It’s the retro-Legion that Gates uses, the 1960s look. Innocence is something of a theme for this collection, so because their comparative innocence appeals, Supergirl hangs out in the 30th century for some while, learning some things she’d probably be better off not knowing, but, hey she’s Supergirl and saves the day in the end. It’s a deliberately less emotionally draining story than the remainder, but also not as satisfying.

Before taking the exit, Gates and Igle tidy up their plots by focussing on unprincipled journalist Cat Grant, with whom they began their run starting Who Is Superwoman? She’s discovered a secret, and, as with other Gates stories, it doesn’t play out as planned, and could well be the best of his run. He makes us understand the cast motivations, writes a great Lois Lane scene, serves up a mystery, provides the danger and tension of missing children, introduces a new villain and does it all in the context of a Christmas story. It’s a real gem providing circular closure and ending a still very enjoyable and under-rated Supergirl run. 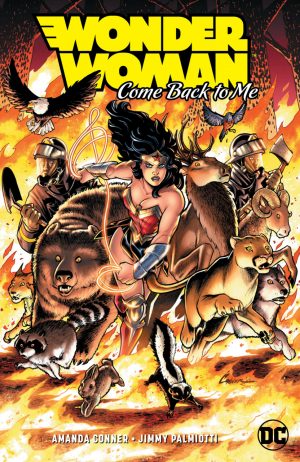 Wonder Woman: Come Back to Me

Wonder Woman: Come Back to Me