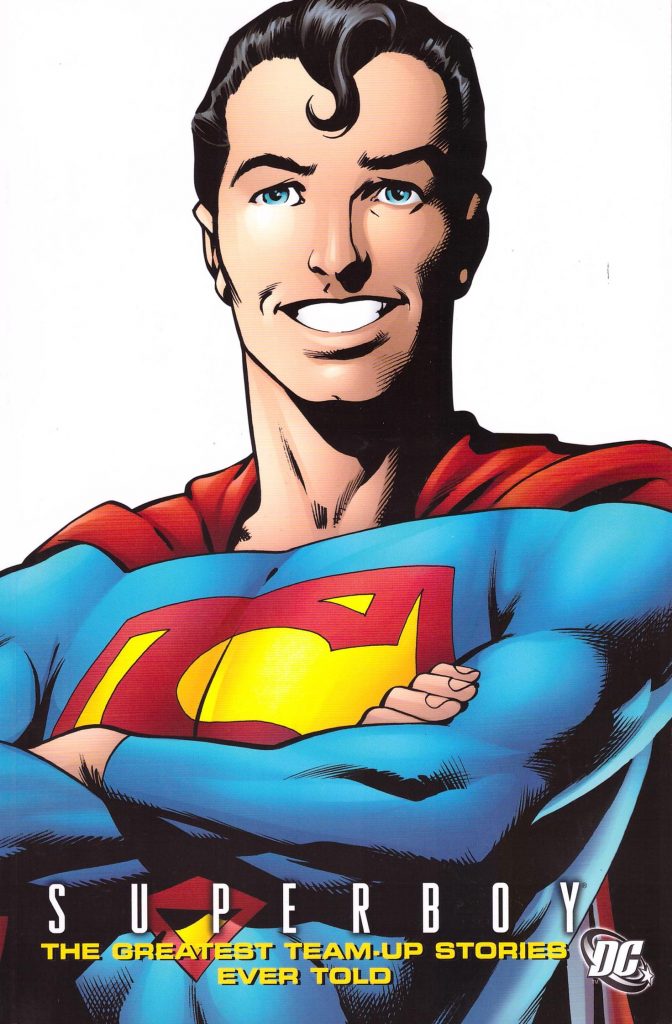 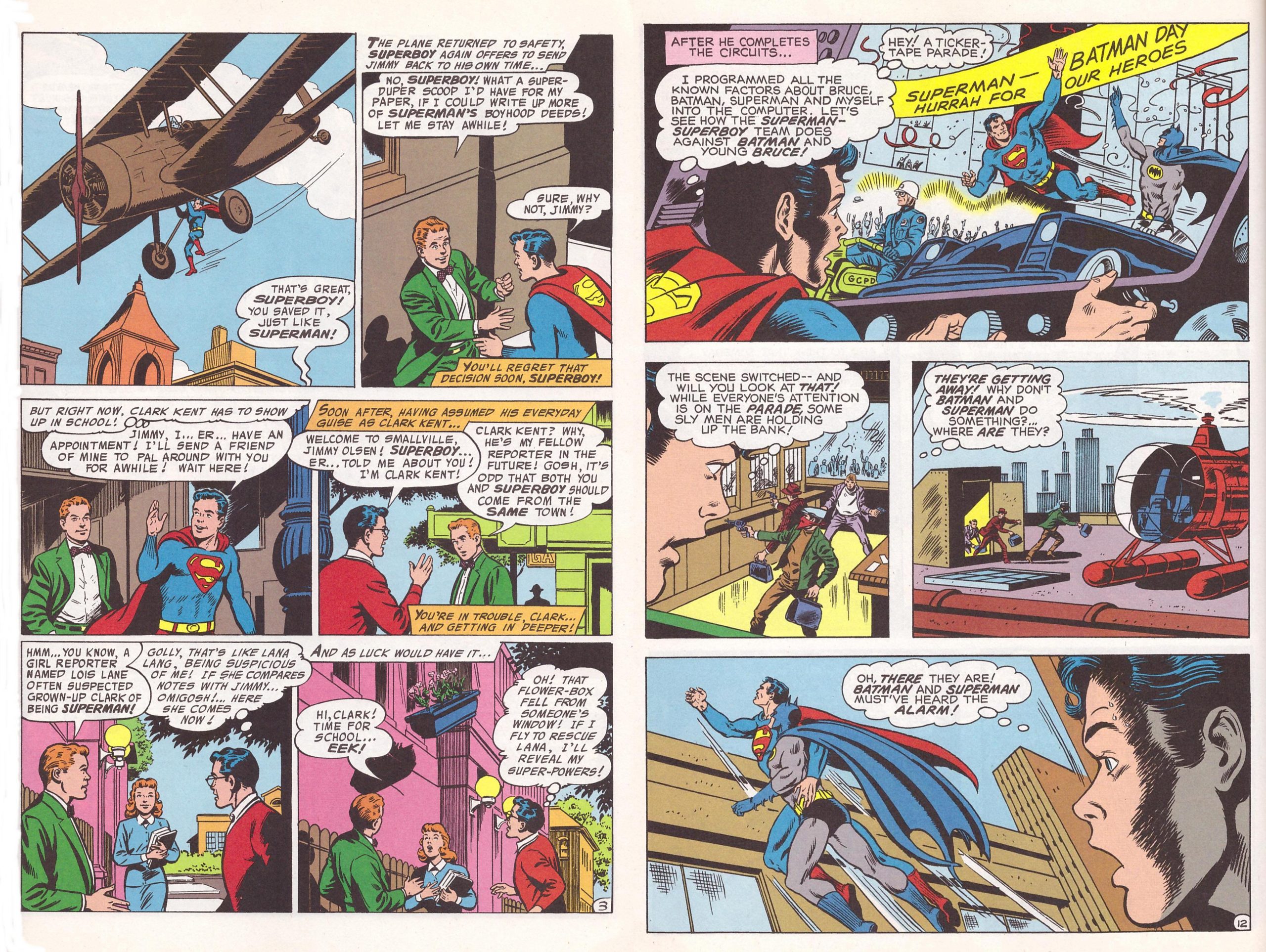 Just in case it’s not clear from the cover, the greatest team-up stories allegedly found within apply to the first incarnation of Superboy, the one that ran from the 1940s to the 1980s. Fans of subsequent versions need not venture in.

Is it shooting fish in a barrel to note that if these are the greatest Superboy team-up stories ever told, then the bar is set very low indeed? Or that this is considerably slimmer than other volumes in DC’s Greatest Stories Ever Told series, which have loving introductions, some even earnest essays on the selection process. There’s none of that here, just a title page listing the stories from 1955 to 1981, thankfully including credits. They identify most content as from the period when the iron hand of editor Mort Weisinger was applied to the Superman franchise, during which a nutty mythology was carefully contrived and perpetuated. The opening story by Bill Finger and Curt Swan is fully representative. Reading of a meteor landing in Africa, a professor determines to locate it for the prestige of Smallville Museum. Weeks pass with no word until Superboy investigates, locating him within previously unexplored territory populated by a community descended from lost 13th century crusaders. They know of a wizard city, which Superboy identifies as an uninhabited city from his home planet of Krypton that’s floated through space until drawn into Earth’s gravitational pull. One of the professor’s associates proves morally bankrupt and uses the city’s weapons against what he believes is Superman, Superboy suddenly having grown from exposure to rays emanating from the city. Bravery and subterfuge apply to the conclusion, and after twelve pages all is well again.

Stories by Finger, Otto Binder, Jerry Siegel and others occur in a world where vague swirling fumes can transport Jimmy Olsen or Robin back through time, where the future Green Arrow is introduced as a new pupil at Clark Kent’s school and where calling someone “a mere girl” is acceptable. So is pulling a whale from the sea to help a failing aquarium, and tinkering with the minds of the unwary with reform rays and amnesium is ethically sound. The coincidences are unintentionally hilarious, Luthor just happening to be in the area on a bulldozer when a green kryptonite meteor falls to Earth. For all that, Swan’s art on most stories is meticulous, selling the eccentricities with a straight face.

There’s a leap from 1965 to 1971 for the two penultimate selections, Frank Robbins, then Leo Dorfman afforded the luxury of a page count beyond twelve. Robbins teams Superboy with the young Aquaman in a heavy-handed ecological message. It’s as convenient and contrived as the earlier material, but drawn in an attractive three dimensional style by Bob Brown. He also illustrates Dorfman’s teaming of Superboy with the young Bruce Wayne, which has its clever moments when Dorfman astutely guides readers in the wrong direction.

By 1981 DC’s version has reverted to the fun spirit of the 1950s, but in a more sophisticated form. Kurt Schaffenberger’s elegant art illustrates a knowing Cary Bates story in which Superboy gets sand kicked in his face at the beach! Astute readers will figure out another of Bates’ jokes, only revealed at the end.

As far as Superboy is concerned, the 1950s wasn’t just another country, it was another universe. These stories were never intended as anything more than children’s entertainment, but their innate silliness provides a life beyond to a selective audience. Anyone else should leave them be. 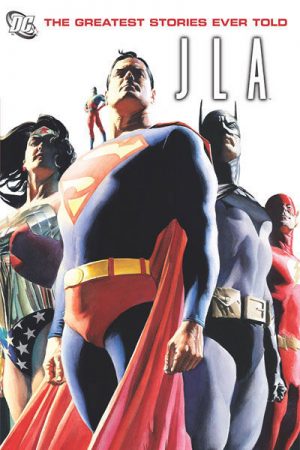