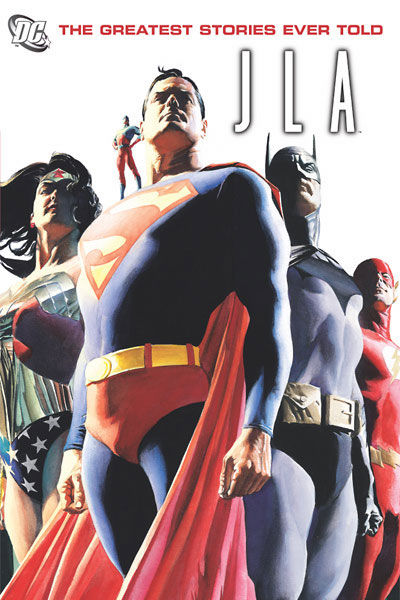 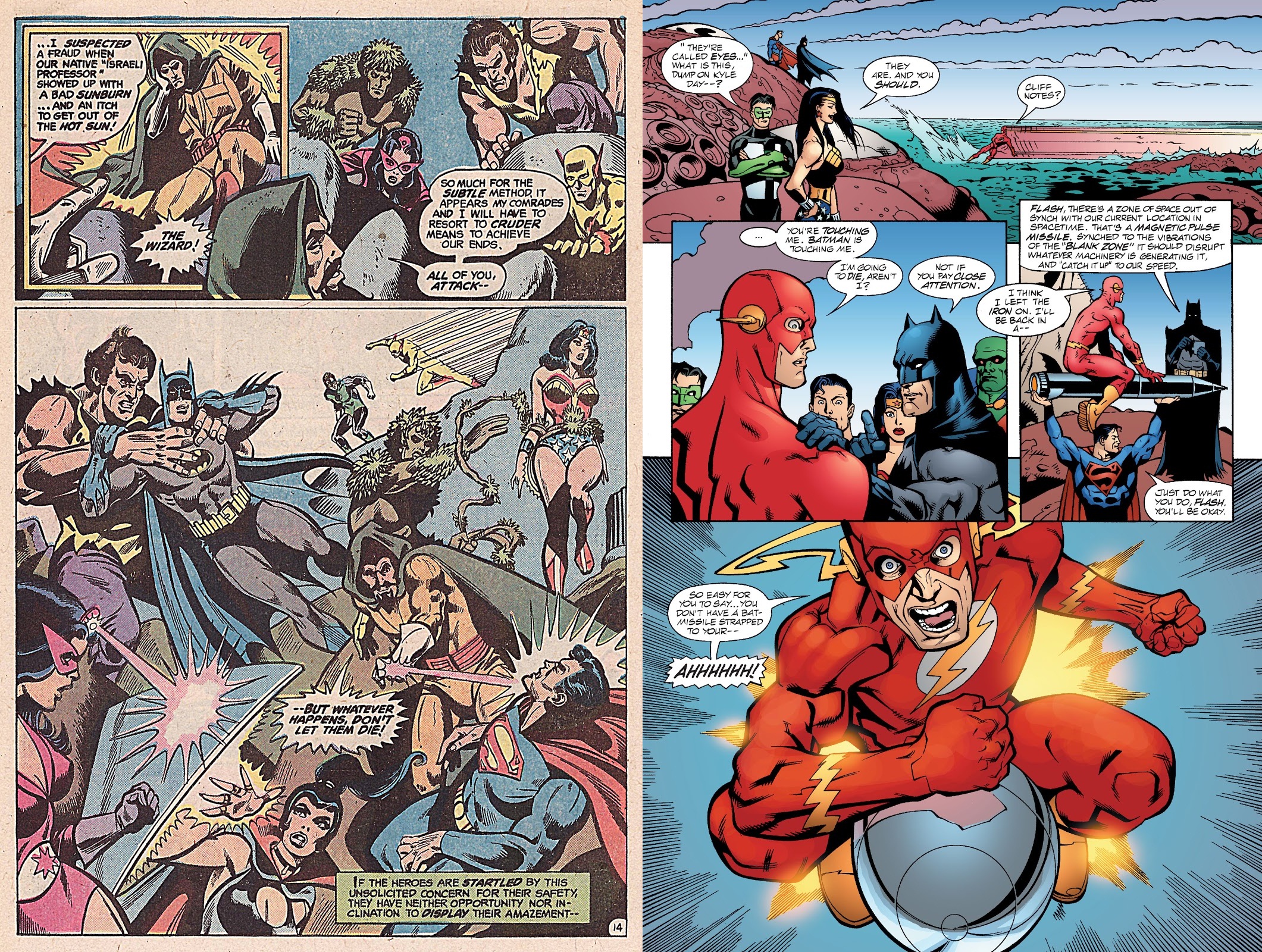 There can be very few Justice League fans familiar with their back catalogue who’d agree that the nine stories collected here come anywhere near living up to the title billing as the greatest Justice League stories ever told. Even allowing for the absence of marquee stories already reprinted too many times and a cut-off point of 2006, surely a better representation could have been assembled. However, a theme has been applied to the selection of the pre 1980s material at least. The repercussions of Identity Crisis were still rumbling through the DC universe when this collection was published, and many of the stories have been chosen to reflect threats to the JLA’s civilian identities or to feature doppelgangers.

To look for the positive, the collection does spotlight assorted eras of the Justice League well. It starts with the simple science fiction formula of Gardner Fox having the JLA accused of crimes and exiled from Earth, until they figure the problem out and have to defeat their duplicates in their civilian identities. With Mike Sekowsky’s oddly effective art, it’s a goofy period piece. The choice of JLA mascot Snapper Carr betraying the team hasn’t aged well, not least because people either no longer know who he is any more, or know and don’t care. It removes the shock from Denny O’Neil’s plot, although the almost throwaway revelation about the villain at the end is neat.

What this collection achieves well is show why Dick Dillin drew the Justice League for longer than a decade, his look changing over the years and under different inkers. He’s responsible for over half the content, and there may be little in the way of flash, but the storytelling is peerless. He also has a skill of managing to cram multiple Justice League members inside a panel without it seeming crowded.

Martin Pasko’s story from 1975 concerns Doctor Light discovering the identities Justice League conceal, but without the Identity Crisis connection it’s an ordinary gimmick piece. Far better is Gerry Conway’s three chapter story about the Secret Society of Super-Villains switching identities with the Justice League, but by 1979 Dillin’s not putting as much effort in. As inked by Frank McLaughlin, some of the panels are crude. This is the last of the relatively po-faced Justice League, and 1986’s relaunch under Keith Giffen, J.M. De Matteis and Kevin Maguire is still a lot of fun.

‘Secret Origin’ by Grant Morrison, Mark Millar and Howard Porter ties into Morrison’s 1997 JLA reboot, but apart from a clever idea about removing powers, it’s not the thrills Morrison’s run became known for, and Porter’s art is an acquired taste. The most recent entry at the time of publication was from 2002, and the start of Joe Kelly and Doug Mahnke’s tenure. It’s visually inventive, Kelly showing what he can do with Justice League members individually and as a team, and trusting Mahnke can pull off the art. They make especially good use of Plastic Man.

Perhaps the poor selection indicates why JLA: The Greatest Stories Ever Told rapidly dropped out of print. A selection of more recent material is available as Justice League: Their Greatest Triumphs. 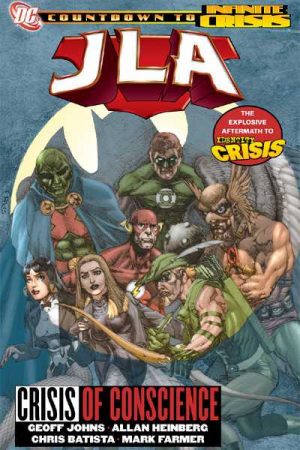