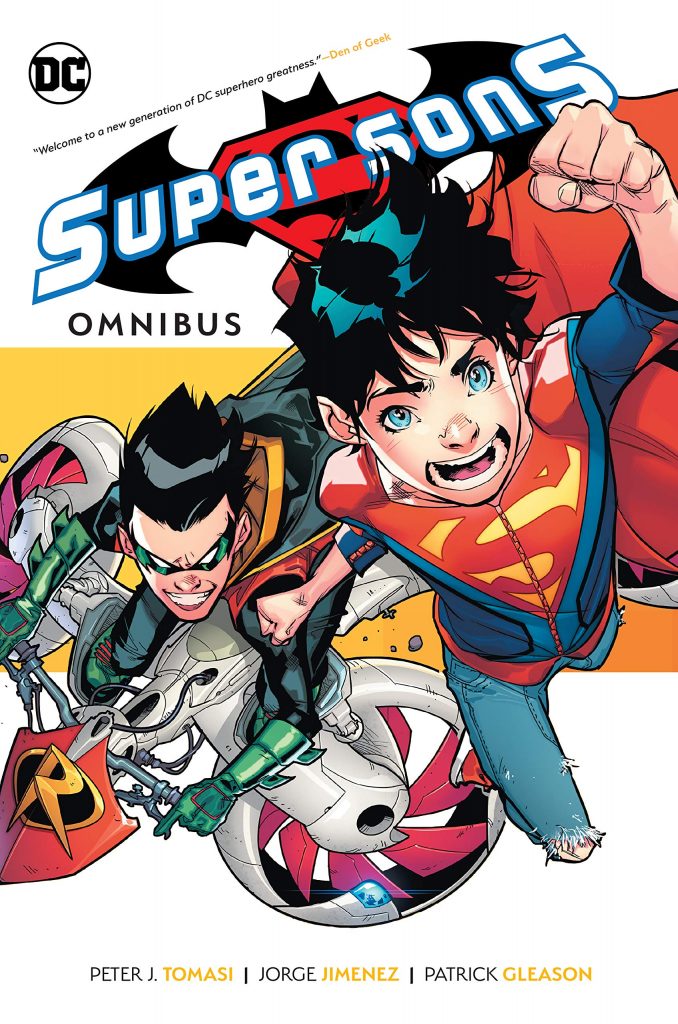 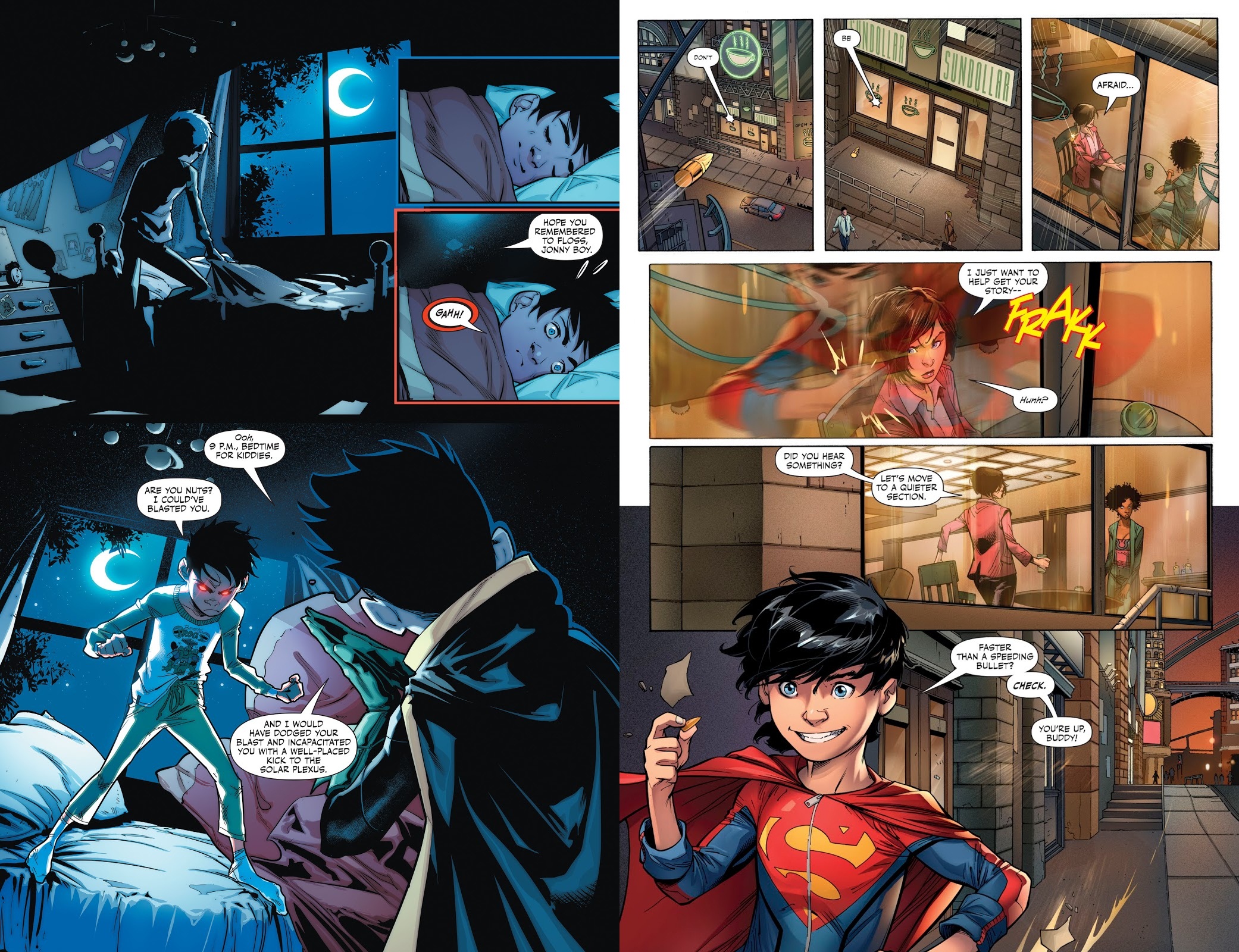 Super Sons takes a concept from the 1970s handled very differently then (see Saga of the Super Sons) and reworks the premise efficiently for 21st century use. In the 1970s the stars were the teenage sons of Superman and Batman, which remains the case, but they’re completely modified characters, younger for a start. At 13 Damien Wayne has been trained since birth to be an assassin, but now fights crime with Batman as Robin, while the ten year old Jon Kent has had a far kinder upbringing in a loving family, but his powers haven’t yet fully developed.

It’s the relationship between the two leading characters that forms the heart of the series, and that’s cleverly developed by Peter J. Tomasi, who begins with a thoroughly unlikeable Robin, manipulative, and overbearing to the point of bullying. He makes mistakes, supplying some vulnerability, but doesn’t take responsibility for them. Recognising that their sons need to be given some autonomy, Batman and Superman agree to them helping people, providing it’s always together, and from that Tomasi shows how they complement each other. Superboy may be younger and not at the power level of his father, but he’s taller than Robin and it’s brought out well that he doesn’t have the same self-imposed pressure to excel, taking life as it comes. Tomasi pitches the boys against foes with greater experience and fewer limitations, and the only time the series really loses its way is with a crossover involving Superman and the Teen Titans. This has both a more adult feel and more graphically portrayed violence, with the additional downside of only featuring the Super Sons in passing over several of the five chapters.

The artist taking on the biggest workload is Jorge Jimenez, who defines the Super Sons in their semi-cartoon forms. He uses exaggerated action poses and expressions to characterise the pair, and the contrast of Superboy in jeans and sneakers with a cape and Robin in full armoured battle gear is nicely played. When it comes to the more adult story, Jimenez proves capable of modifying his style to match the mood. The other primary artist is Carlo Barberi, who takes a more naturalistic approach, if drawing Superboy a little more wide eyed, and he’s equally effective. The other artists slot in and around and only Tyler Kirkham’s gruesomely muscled Sueprman stands out as poor.

Tomasi gives his stories a fast action pace, they’re fun, and overall there’s more good than bad, but it’s questionable if the series merits the lavish archival omnibus format. Cheaper options are available as a series of trades titled When I Grow Up, Planet of the Capes, Super Sons of Tomorrow and Parent Trap.