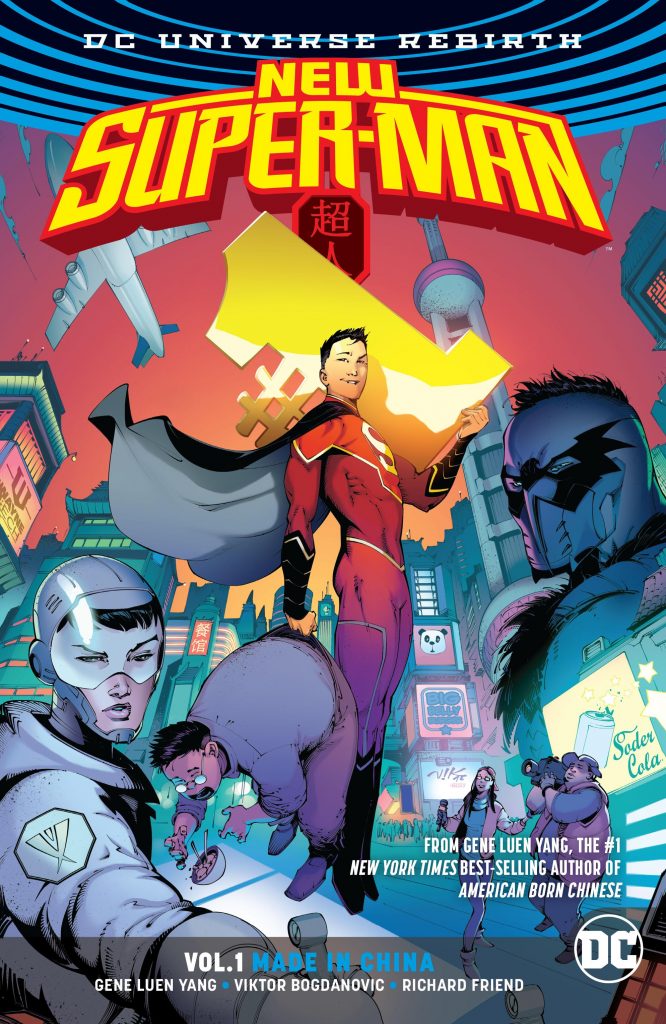 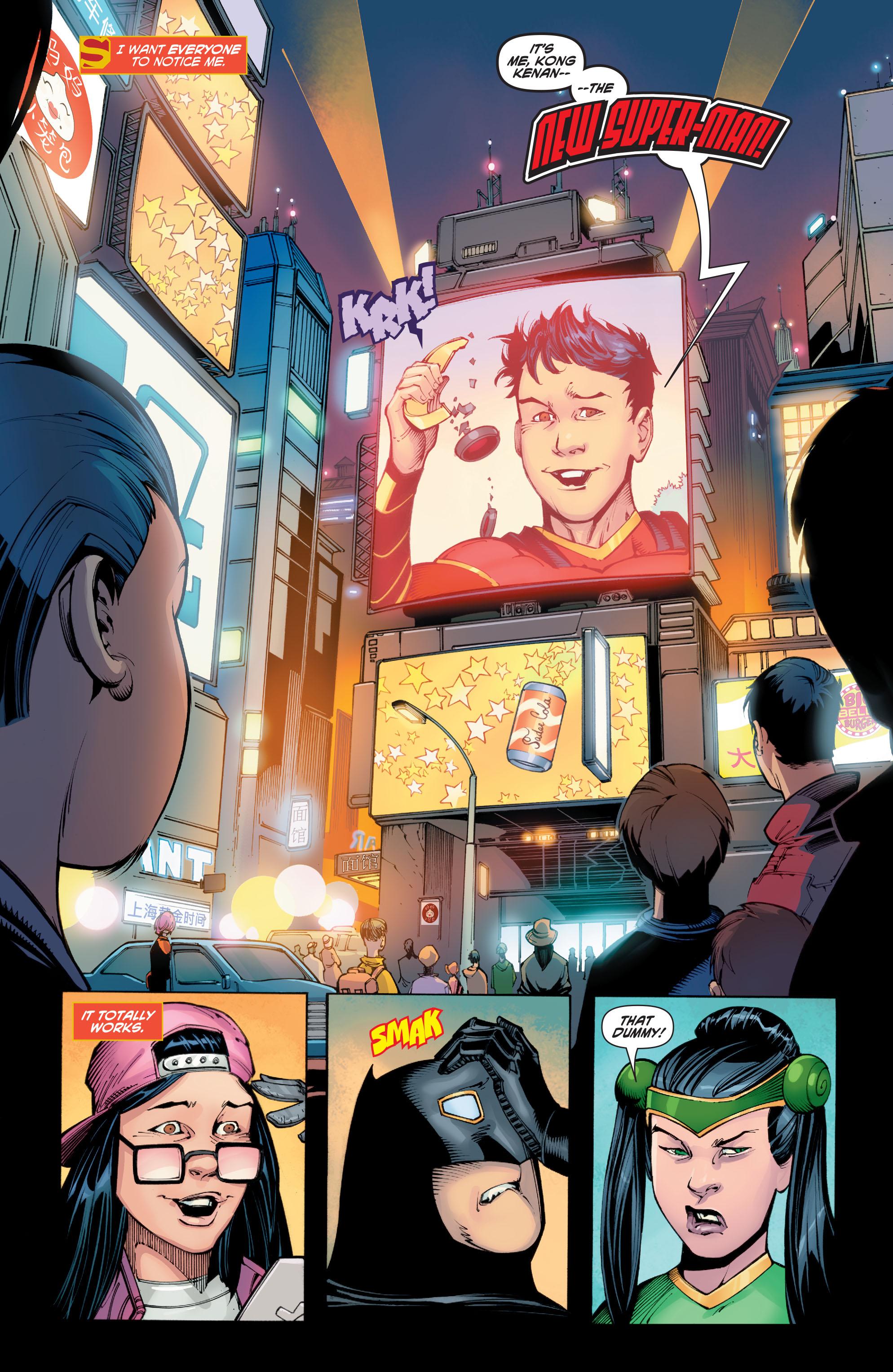 With the traditional Superman let’s say in a state of flux, there was a gap, and one of the results was a Chinese substitution, Kong Kenan. Despite footage circulated around the world of him performing a heroic act, he’s not a teenager to look up to, arrogant and a bully. China’s Ministry for Self-Reliance is well aware of his true personality, yet consider him the ideal recipient of Superman’s powers, which they’ve managed to generate artificially. It’s part of a plan to create Chinese versions of the entire Justice League, with a Batman and a Wonder Woman already in play.

Gene Luen Yang’s work with the traditional Superman character was disappointing, but creating his own version sees him far more at home with the concept, forging the tone of the series with the direction not hidebound by any previous continuity. Purists may quibble at the ease with which powers equivalent to Superman’s are bestowed, but that’s a means to an end, and the rapidity of the process is a blessing. Yang makes several concessions in the name of tradition, such as naming the kid Kong bullies Luo Lixin, and the reporter he fancies Laney Lan, but otherwise distances Kong from Clark Kent as much as possible. Part of that is the background to the strip, acknowledging the extent of China’s state control and intrusion into personal life.

Viktor Bogdanovic has a loose style for presenting the cast, his locations are detail packed and intriguingly designed, and his homage to Superman’s first appearance is wonderful. There’s less detail about his people, but there’s a personality to them due to his facility with a pose and an expression. For all the enthusiasm, though, there’s often a lack of clarity about the pages, with too much packed into panels, distracting from the essential elements.

If you’ve read a lot of superhero comics you’ll probably cotton on to the big revelation before it happens. The clues are there, and it’s easy to put them together, and when Yang shows what the Chinese have imprisoned to experiment on, it doesn’t require great deductive skills to figure what will be putting in an appearance a little later on. However, you won’t have figured out everything, and Yang’s added a neat twist to the purpose of a very old villain. An engaging plot he also threads through until near the end is the mystery of Kong’s powers being intermittent.

This New Super-Man doesn’t exist in isolation. DC already have a Chinese super team, the Great Ten, who are seen, and the reasoning behind Kong’s transformation is essentially an inter-departmental territorial squabble. Yang also creates a reasonable number of opponents. These aren’t traditional villains, the confrontation being more aligned to ideological opposition to the Chinese state, but Yang never resorts to the Commie-bashing that characterised Marvel’s 1960s superhero comics. However, one aspect of New Super-Man places it very much in that territory, with little nods to Spider-Man’s early days planted throughout.

A fine line is essential to ensure that New Super-Man doesn’t slip into either parody or propaganda, but Yang has a confident handle on what’s a likeable title and character. The series continues with Coming to America. 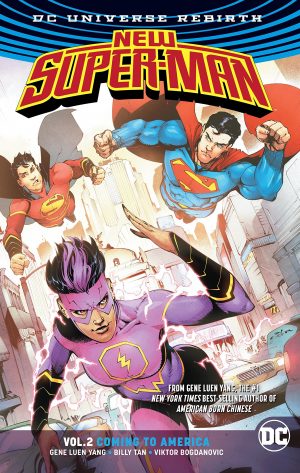 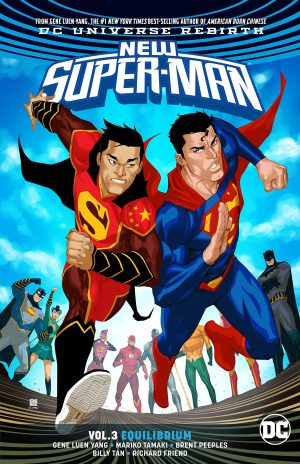 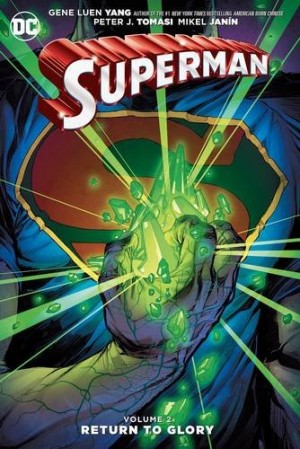