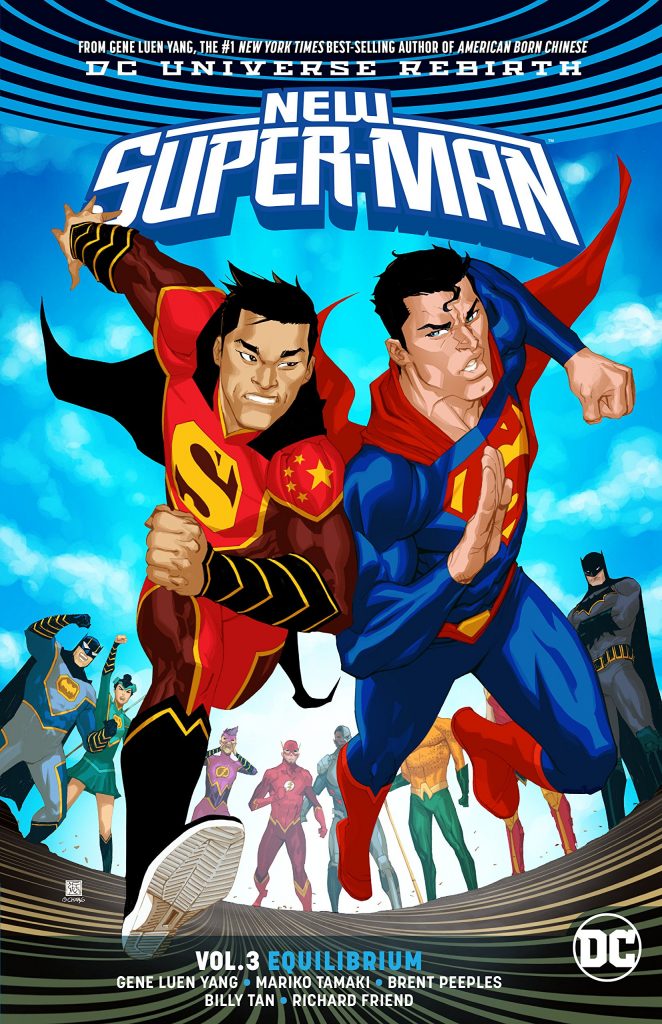 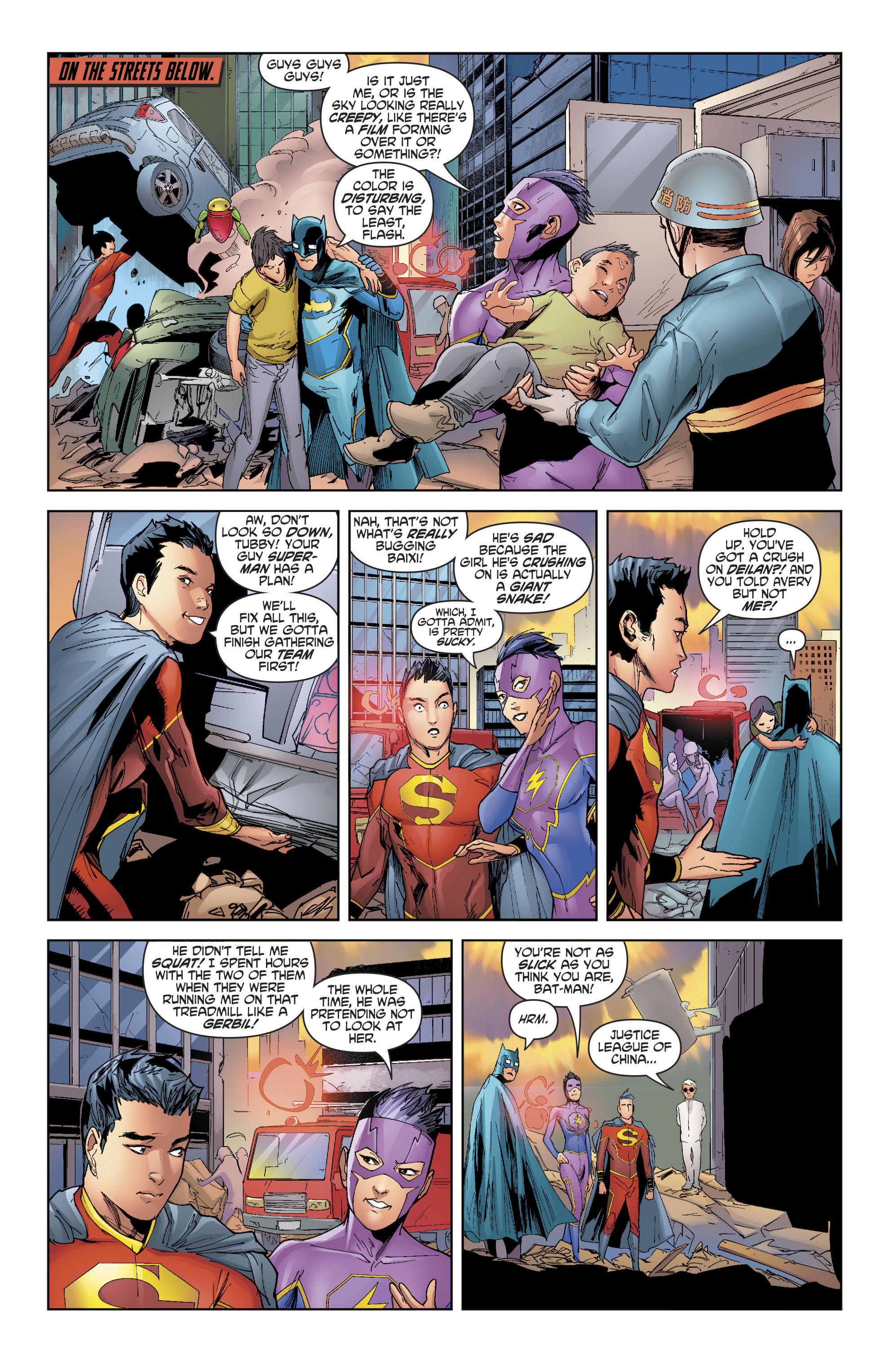 Because of the obstacles Gene Luen Yang keeps throwing in his path, being the Chinese version of Superman isn’t exactly the road to untroubled adulation that Kong Keenan presumed it would be, yet the events of Equilibrium smooth the way. Part of what makes Kong an effective hero is some compassion, but unfortunately for him, the beneficiaries don’t always respond in kind, and that’s a problem when a form of prototype Chinese Superman is corrupted. That’s just the start of what is a connected story concluded here, but with all sorts of episodic detours.

More so than Coming to America, the stories of Equilibrium are an exercise in embedding the new Super-Man into the wider DC universe. The original Superman apart, the guest star roles are small, and one relevant injury apart, the Suicide Squad’s appearance is even negligible, but they serve a purpose, in the case of the Justice League just plain fun seeing the interaction with their Chinese counterparts. Yang again maintains a breakneck pace for story progression, and the most interesting aspect is his taking on what’s now seen as racist content of DC’s earliest comics. It’s subtle, with Kong so far distanced from the racist caricatures that at first he doesn’t recognise them for what they are when transported back to 1937. It’s not the only time symbolism is important, a theme Yang has run through the series, and by the end of the book Yang has simultaneously brought Kong nearer to the Superman ethos while also distancing him. It’s a clever trick.

It would have been nice to see greater artistic consistency. Billy Tan returns for his usual neat job, and Joe Lalich illustrates a chapter, but Brent Peeples (sample art) draws as much as both of them combined. His is a more traditional superhero style, and it suits the fast-paced plots Yang produces, never really spectacular, but prioritising understanding for the reader. He’s back for New Super-Man and Justice League China.

Maroko Tamaki writes a closing chapter from the viewpoint of reporter Laney Lan, seemingly destined to play a larger role when introduced in Made in China, but sidelined by the rush of other events. Peeples illustrates this look at journalistic ethics, but it’s an uneasy mix with the remainder of the content due to the leisurely pace, and saying very little until the small twist at the end.