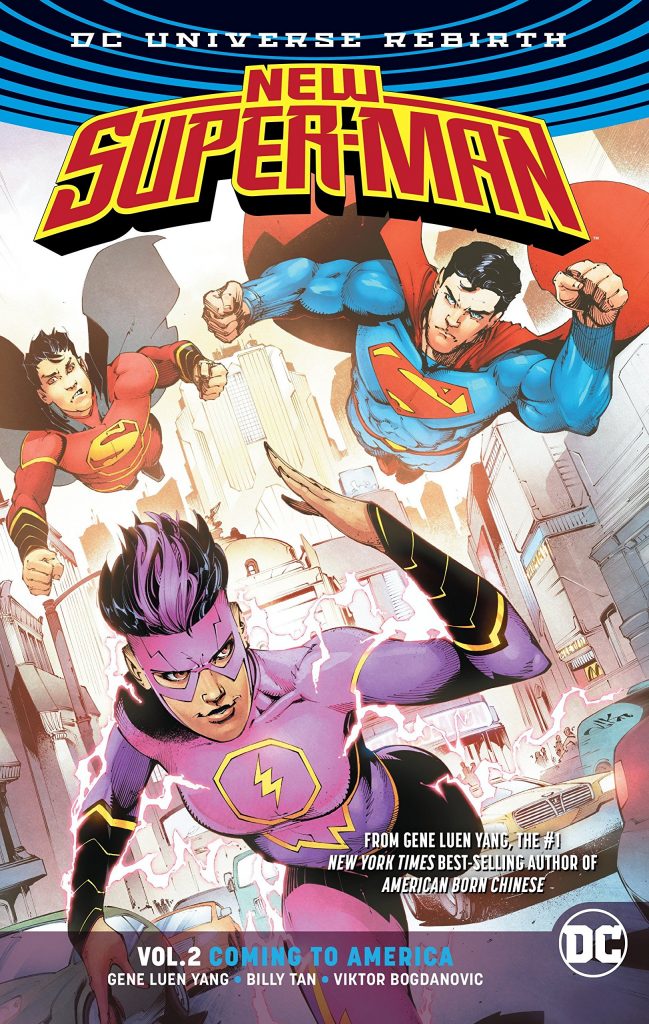 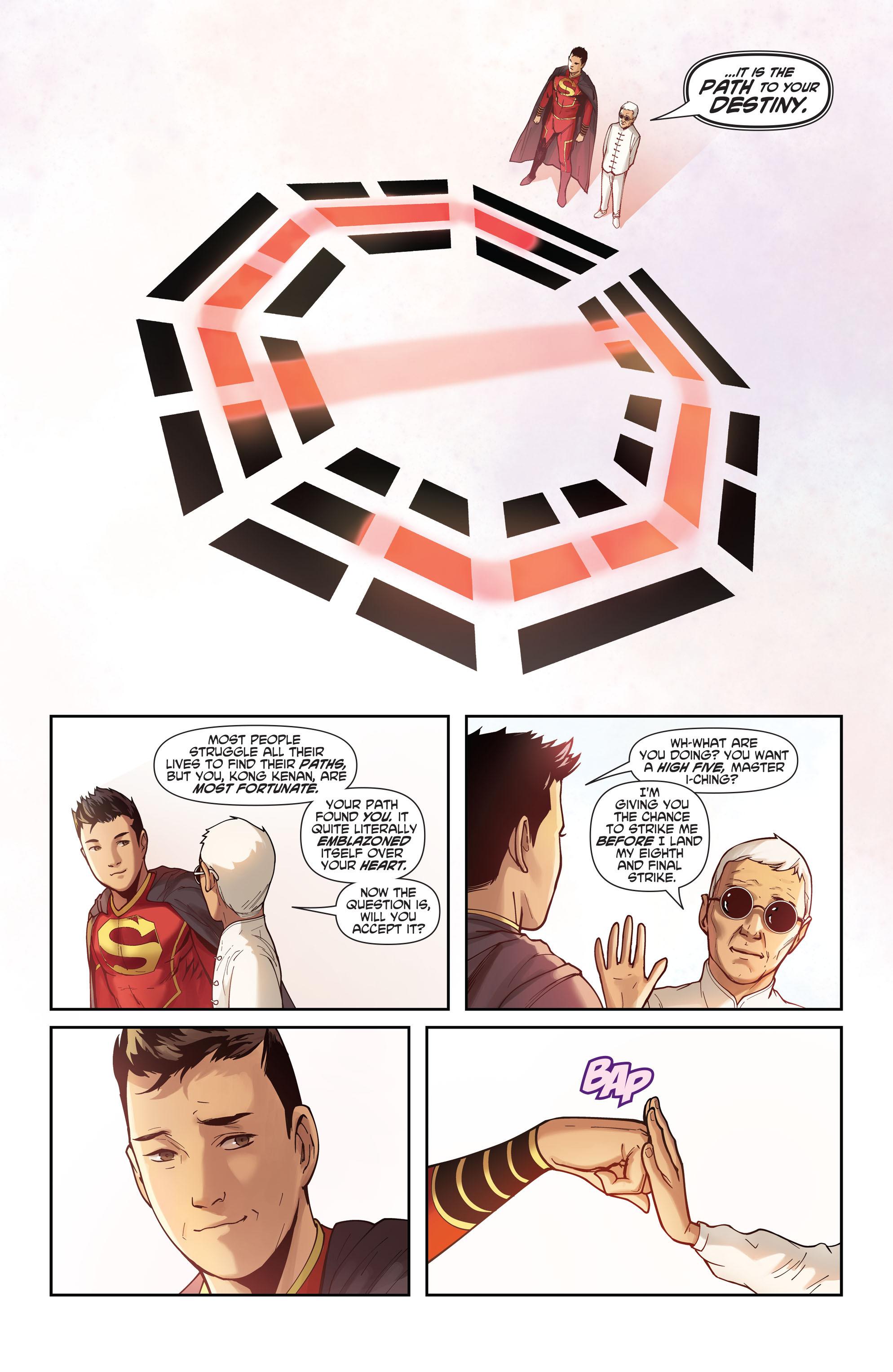 Kong Kenan now has powers not too far removed from the genuine Superman, and operates with versions of Batman and Wonder Woman as the Justice League of China. Crucially, this is under the control of the Ministry for Self-Reliance, who may or may not have a sinister agenda, and Made in China offered one hell of a revelation about the death of Kong’s mother, while he suspects his employers may have been responsible.

This is no half-hearted effort to introduce Chinese characters in passing. Gene Luen Yang ensures Chinese culture, legends and philosophy aren’t just mentioned, but embedded into the cast and their surroundings, and he doesn’t shy away from Chinese social conditions either. Admirably, Yang also addresses DC’s awkward relationship with their earlier Chinese characters. Coming to America reintroduces two of them, one a complete shock, the other I Ching, a blind martial arts expert introduced with the best of intentions in the early 1970s, but eventually an embarrassment.

Two chapters of ‘Training Day’ precede the title story, presenting intriguing personal battles two of the lead characters have to fight, and in Kong’s case it concerns why he can’t access all his abilities simultaneously in the manner of the original Superman. It’s a thread running through this book, with I Ching offering one solution, and Lex Luthor an alternative in the title story, and a clever form of compromise by the end, although it does bring to mind the video game system of power-ups for accomplishment. Kong is still headstrong and arrogant, but Yang’s characterisation ensures he has a likeable side also, and that goes a long way. Despite Kong being the title character, Yang treats the series as an ensemble, and consistently moves other people into the spotlight if that’s required to advance them, with the Chinese Batman well defined in the opening story.

Made in China’s artist Viktor Bogdanovic only draws two of the six chapters, with Billy Tan (sample page) drawing the remainder. He has a similar loose style to Bogdanovic, and while his figures are superhero archetypes, he produces clearer layouts, and sometimes takes an appealingly ornate, almost painterly approach to Chinese legends, distancing them effectively from the modern day superheroics.

New Super-Man is an exercise in constant melodramatic progression, which in some ways means it resembles a 1980s DC superhero title rather than one from the 21st century, where decompressed storytelling is a plague. Yang packs a lot into every story, and most of it is interesting. It’s a pattern that continues in Equilibrium.