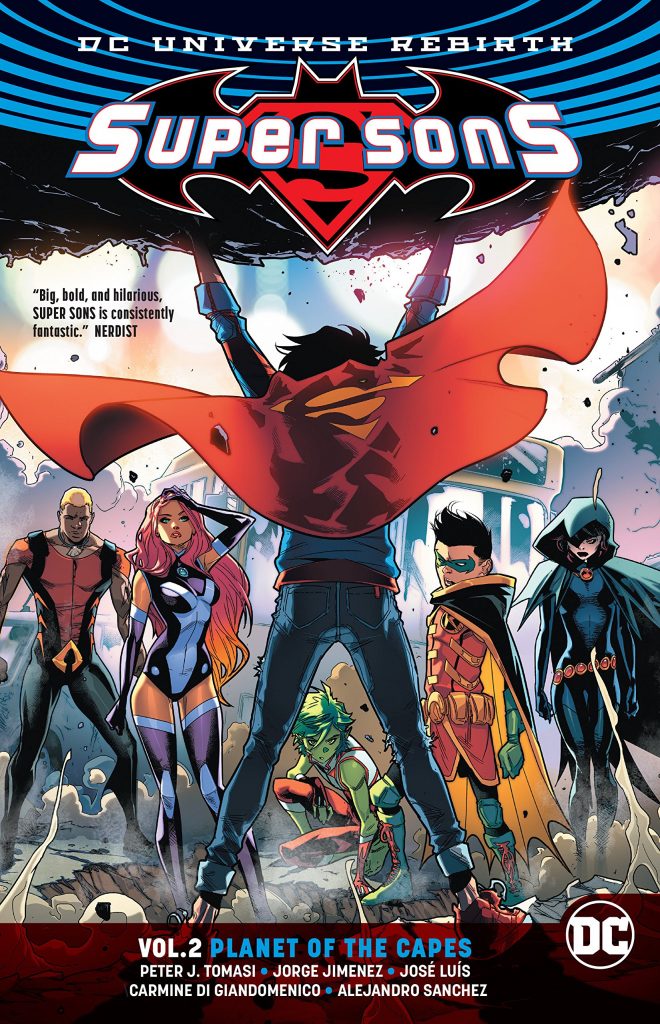 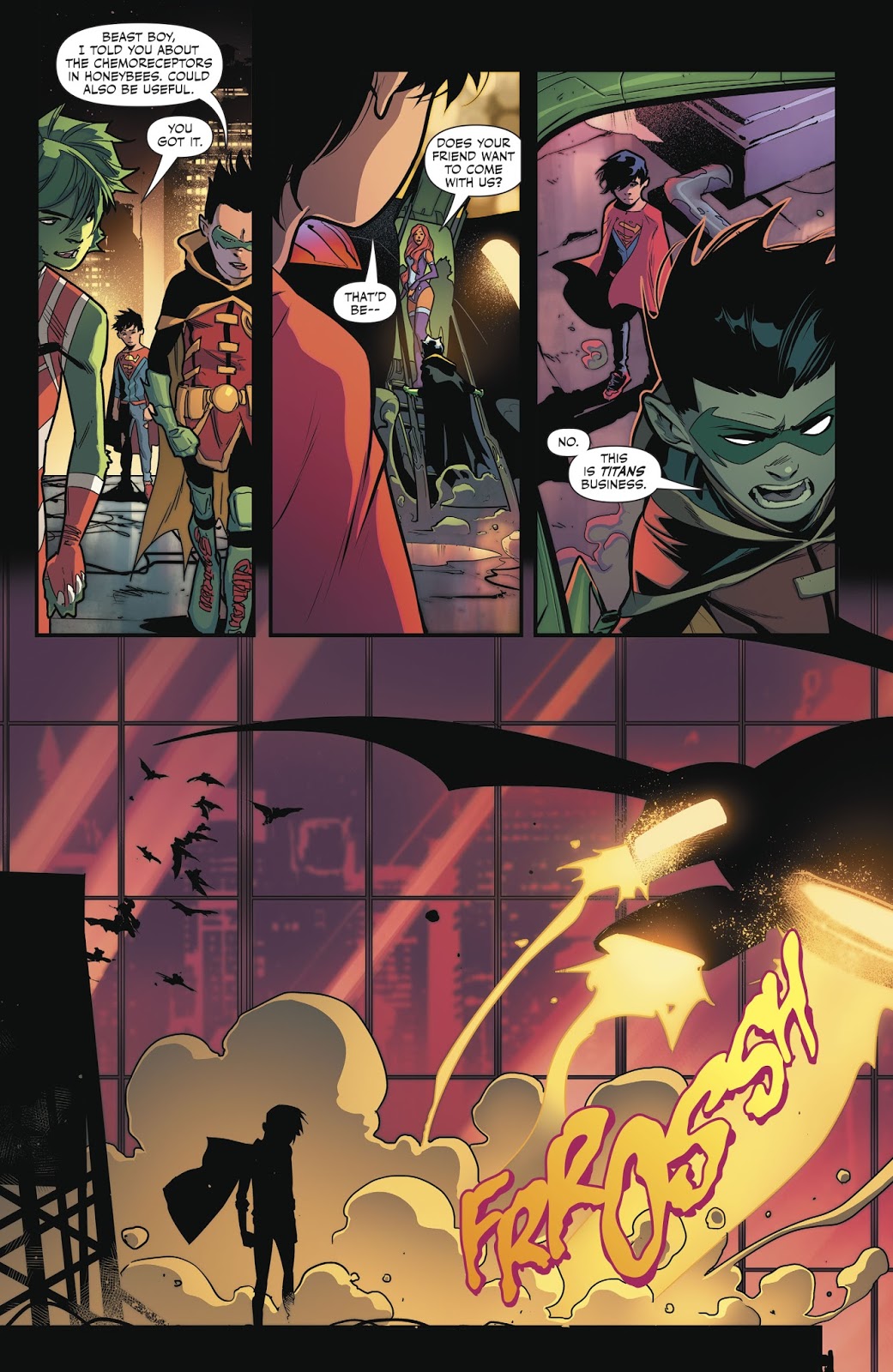 An agreement has been reached between Superman and Batman that Robin and Superboy will be permitted to help people, but only accompanied by each other. Robin has a different interpretation, and is adamant that he alone associates with the Teen Titans, reinforcing that Superboy is too young and inexperienced to be a member. It’s been mentioned several times in When I Grow Up and as the sample page shows, Robin’s not subtle with the message. Peter J. Tomasi then comes up with a great way of turning the tables on Robin. That’s the lead-in to a creative adventure that starts off being one thing before becoming something else entirely.

As before, Jorge Jimenez is one hell of an action cartoonist. He adds to the pace of the story by the way he poses the characters in action, and has a way of using silhouettes that’s eye-catching every time he uses them. For the finale of the title story Carmine Di Giandomenico also produces pages, varying the naturalism he uses on series with greater gravitas, to merge in well with Jimenez, and José Luís works on the final story, opting for a more realistic type of cartooning. He’s good with expressions and detail.

Planet of the Capes is a lot of fun, with plot twists that come as a surprise, and by the end Robin and Superboy have been set up with their own HQ and been told that they’ll be attending the same school, news greeted with more enthusiasm by Superboy.

Super Sons of Tomorrow is the following collection, or alternatively the entire series is collected in the Super Sons Omnibus.