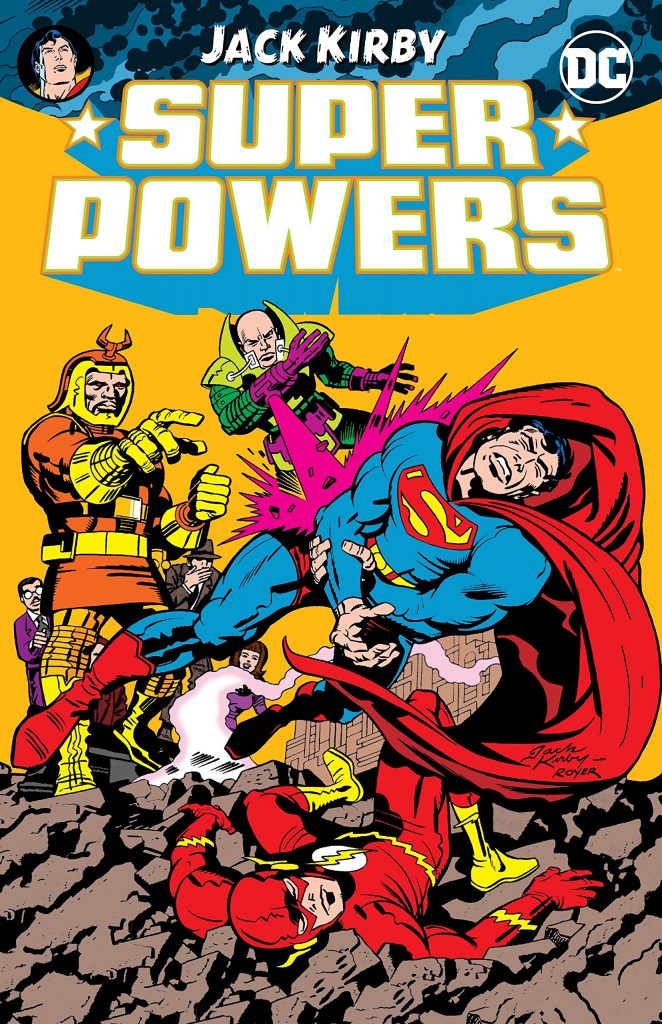 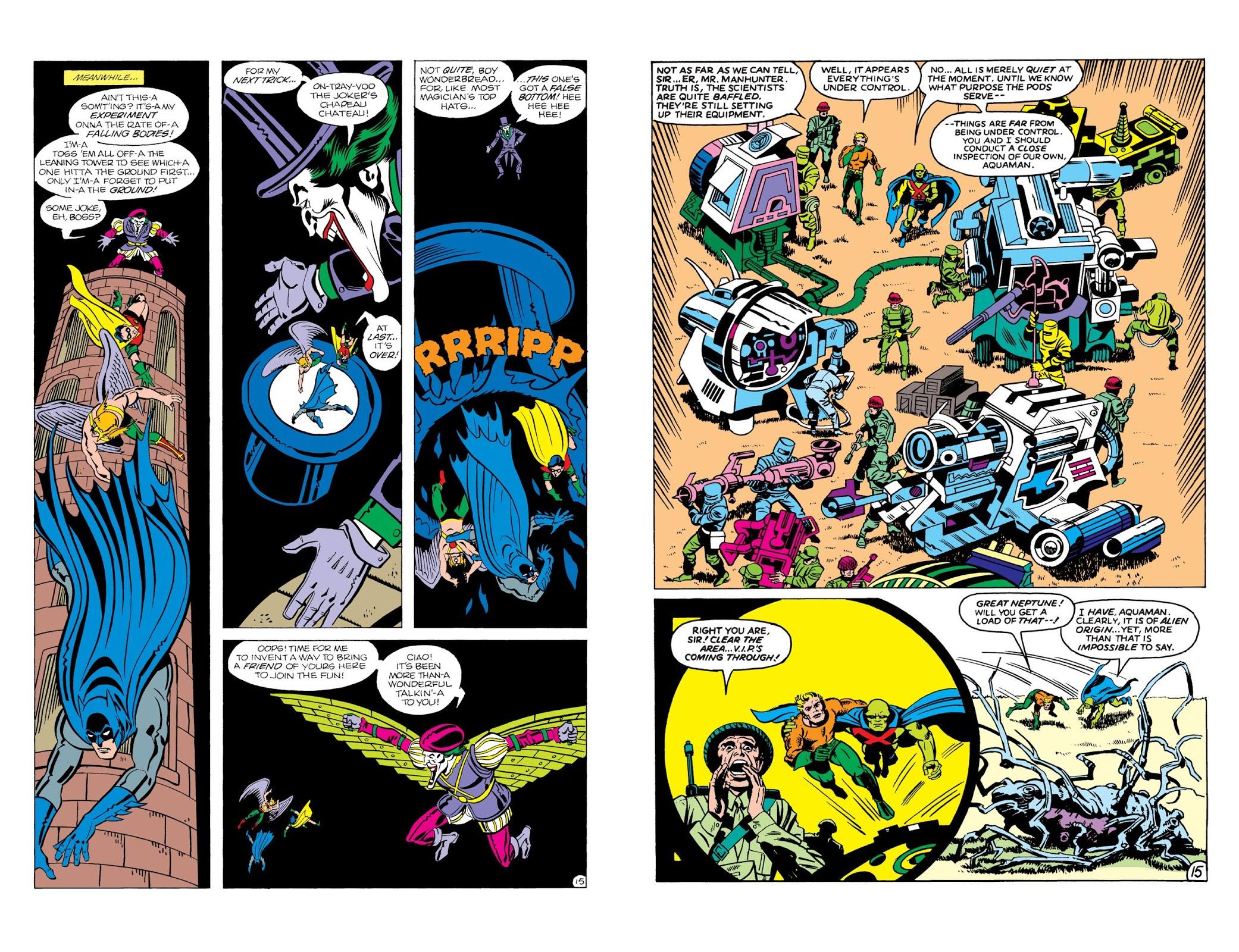 When DC licensed their characters to Kenner for a line of action figures in 1985, part of the deal was that they’d produce a comic sharing the name and logo of the toy line. The result was two stories featuring a collection of DC’s highest profile heroes and villains, and Jack Kirby’s final work for DC over forty years since his creations were first published by the company.

Kirby only plotted the first Super Powers outing, leaving the scripting to Joey Cavalieri and most of the art to Adrian Gonzales. Four warriors from Apokalips are given a little of Darkseid’s power, and they in turn grant some DC villains greater powers and set them against the heroes. The cast are dictated by the line of action figures, and so we have the Penguin given the power to control birds, which has some logic, but also to over-ride Aquaman and Green Lantern’s willpower, in effect negating them, which has none, other than being convenient for the plot. It’s superhero adventure, but aimed at the very young reader who just wants excitement supplied by constant change, and doesn’t care if that change is utterly random. DC had Kirby draw the conclusion, but what he obviously enjoys most is a few pages near the end when all the superheroes are absent and the warriors of Apokalips and their technology take precedence. Gonzales wisely doesn’t attempt to draw like Kirby, and his neat art services a poor story.

The second story, though has some spark to it. Kirby is the artist, with Paul Kupperberg writing, but surely Kirby was consulted about a plot noted as continuing directly from his Hunger Dogs graphic novel. That featured a revolt against Darkseid’s rule of Apokalips, and this has him fleeing to Earth, although in the short term staying hidden, at which point Kupperberg is distinctly writing his own story. More heroes feature this time, so more action figures had been added to the Kenner line, and it enables Kupperberg to emulate the early 1960s Justice League format, with the heroes pairing up to investigate connected threats. These involve them being catapulted back through time.

There’s no pretending this is sensational Kirby work, but it’s interesting. The sample art shows him synthesising the incredible technology he conceived in his late 1960s and 1970s work with the form of energetic action more resembling his 1940s comics. That’s further brought to mind by Kirby almost entirely restricting the big illustrations to pin-up pages, and use of that era’s round panels. Among the small treats are his last use of the Apokalips villains, Batman vs the Hulk in all but name and finally being able to draw Superman without some other artist retouching the face.

All in all this is more curiosity than quality, and that being the case best found in DC Universe: The Bronze Age Omnibus by Jack Kirby along with a wealth of prime Kirby art.