Sundiata: A Legend of Africa – The Lion of Mali 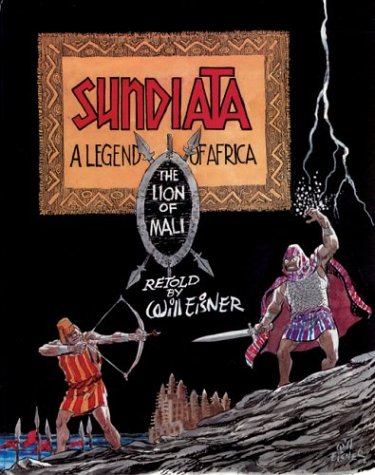 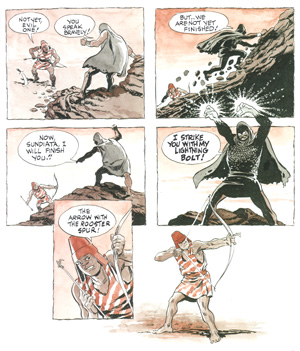 It’s accepted that Will Eisner was one of the pivotal creators who shaped the American comics industry, and that alone would make him a brilliant choice to illustrate primal folktales and creation myths from our collective past. This stunning, slim yet over-sized tome (288 x 224mm) again proves his uncanny skill in exhibiting the basic drives and passions of humanity as he lyrically recounts a key West African myth.

The historical Sundiata Keita brought the Mandinka People out of bondage and founded the Mali Empire in the 13thcentury. He is still celebrated as a staple of the oral tradition handed down by the tribal historians, bards and praise-singers known as “Griots”.

Rendered in a moody, brooding wash of sullen reds, misty greys and dried out earth-tones, the tale is narrated by the Great Gray Rock, foundation stone of the world.

Once only the beasts were masters of Africa, but when people came, they sought to rule the land. The newcomers consulted the ghosts of Good and soon became the masters of the beasts and the land. However, Evil ghosts also lurk. Once ambitious, greedy Sumanguru, King of Sasso had conquered all he could see, yet he still seethed with dissatisfaction, and the Gray Rock of Evil accosted him. Sasso was a poor, arid country and when the wicked stone offers the king dark magical powers to conquer all the surrounding lands, Sumanguru eagerly accepts. Soon all the neighbouring nations are smouldering ruins as Sasso warriors and their mad lord’s control of the elements demolish all resistance.

Lame little Sundiata wishes to defend his land, but his brothers laugh, trusting to their superior tactics to repel the invasion. Indeed, their plans are effective, and the battle seems to go their way, until Sumanguru summons an eldritch wind to destroy the army of Mali and added the defeated land to his possessions. Gloating, he mocks Sundiata but, ignoring the advice of the Gray Rock of Evil, foolishly allows the frog prince to live.

There might be something a disquieting about an old Jewish white guy appropriating and retelling African myths and legends, yet this is an epic and intensely moving. It’s an all-ages fable re-crafted by a master storyteller who’s well-versed in exploring the classic themes of literature and human endeavour, whilst always adding a sparkle and sheen of his own to the most ancient and familiar of tales. A joy not just for Eisner aficionados but all lovers of mythic heroism. 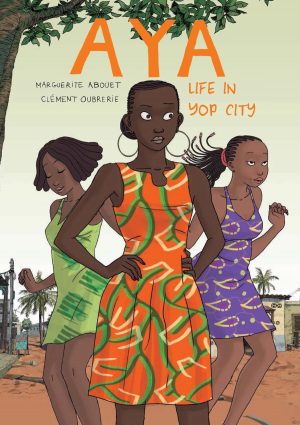