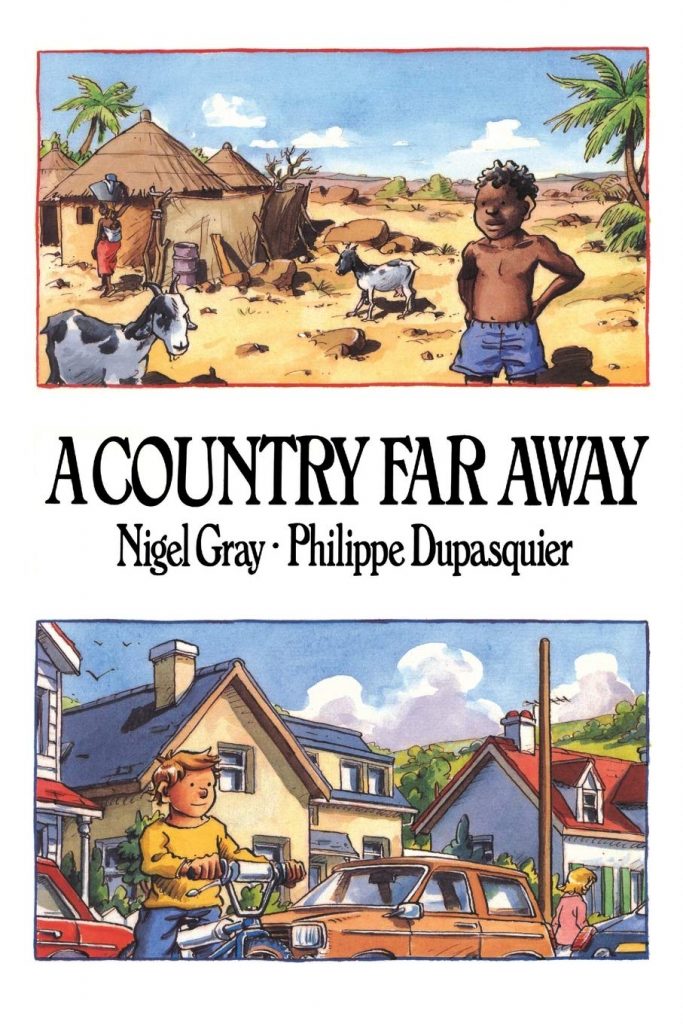 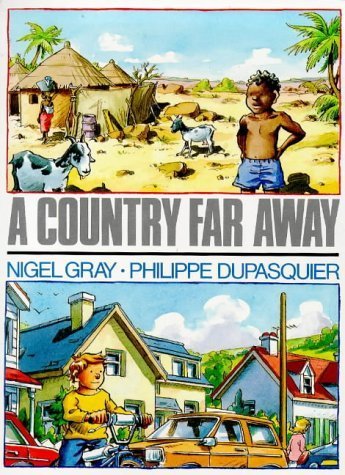 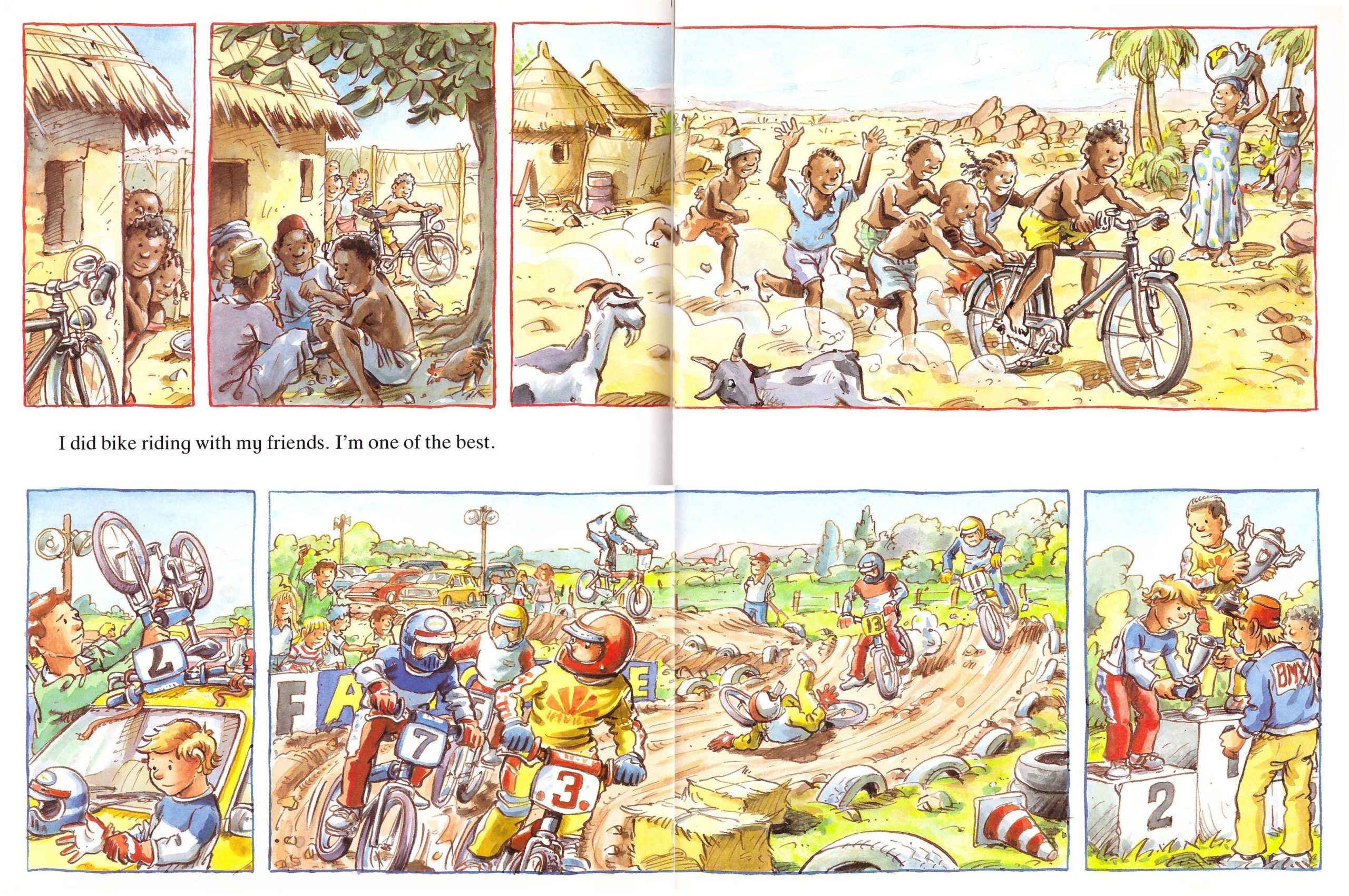 The work of Swiss artist Phillipe Dupasquier straddles comics and children’s book illustration, sometimes telling stories via sequential panels, on other occasions telling multiple stories within busy, large double page illustrations. A Country Far Away uses neither method, instead supplying two contrasting stories across a spread using text supplied by Nigel Gray and a person disappointingly only credited as “his Sudanese wife”.

It’s a charming and beautifully illustrated children’s tale subtly underscoring a point about privilege by using the same text to illustrate what’s understood by the phrase in an African country and a Western country. As seen by the sample spread, it’s not a point hammered home. The children in both cases are hugely enjoying themselves, but one set possesses far greater resources, and the only real difference between the 1988 publication date and the present day is that many more of the children in both nations would now be wearing sponsor-branded football shirts.

In addition to noting the differences, Gray’s text and Dupasquier’s illustrations combine to show that children are universal, no matter where they might originate, and there’s something to be learned and enjoyed almost anywhere. This is stressed by a brief verse on the final page, the only one without an illustration. Dupasquier’s drawings are full of life, carefully considered with much for children to study and awaken their imaginations in either environment. The busiest scene in both locations is the shopping outing, one to an outdoor market, the other to a supermarket, hinting at the work Dupasquier would later produce for the Busy series. A donkey reluctant to move causes problems in Africa, while there’s far greater choice in the supermarket.

The original publication date was 1988, but it’s the 2012 reissue most readily available. The appeal of the illustrations and a thoughtful point well made mean A Country Far Away is well worth searching out whether or not you’re a parent.