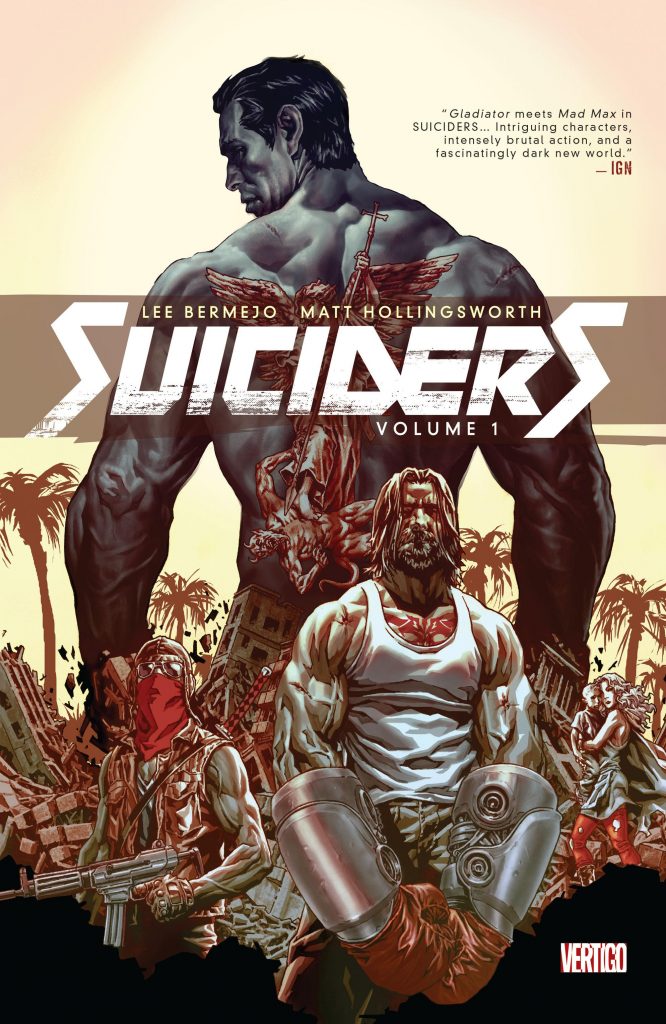 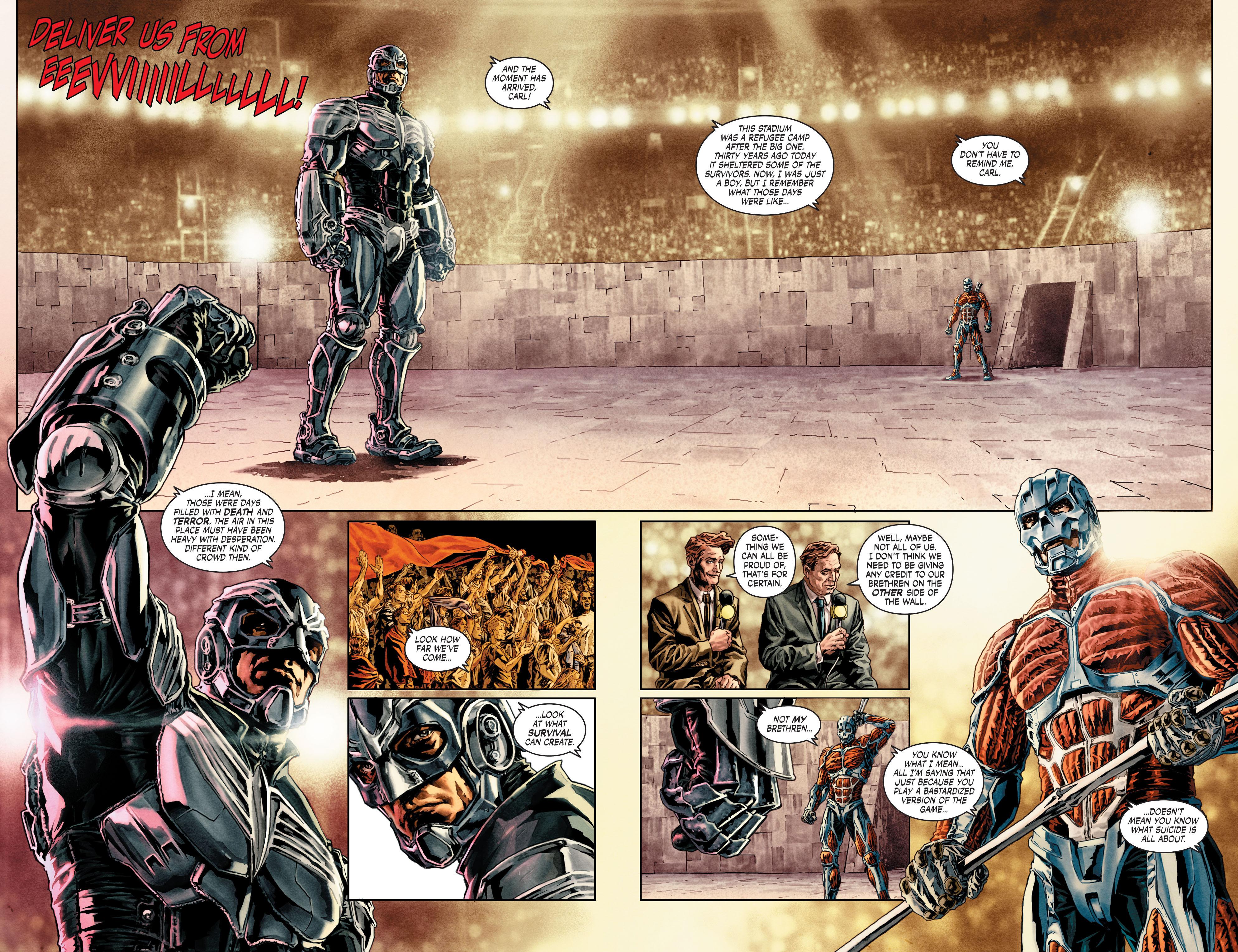 Suiciders is a nightmarish vision of the near future when Los Angeles has been reconstructed after an earthquake, but this time as a sovereign nation producing an entirely different society. A perceived physical perfection is an even greater obsession, and illegal immigrants aren’t just turned away, they’re executed. The sporting obsession is a violent gladiatorial contest that takes place in an arena extrapolating that of Robot Wars, where the contestants not only face an opponent, but must avoid the deadly constructs placed throughout. King of the ring is the Saint, his unmatched brutality in the arena a contrast to his more thoughtful personality away from it.

There’s not much originality to Suiciders. The sport’s the sort of sub-Rollerball violence that used to feature regularly in 2000AD in the 1970s (Harlem Heroes, Mean Arena) given a dust off and polish in the wake of The Hunger Games. Personalties are one dimensional, and the plot follows a predictable path of glamour and betrayal as a back story is told running parallel to the disruptive events of the present. At issue is whether or not the Saint is an immigrant, as his past has deliberately been kept muddy to promote a mystique. The only really clever twist is the colouring not only defining past from present, but also reflecting mood. That may have been in Lee Bermejo’s script or down to colourist Matt Hollingsworth’s interpretation, but the quality of the remaining writing suggests Hollingsworth. What Bermejo the writer has going for him, however, is the stunning talent of Bermejo the artist. The exceptional figurative pages elevate the ordinary, providing it with a viable cinematic sweep and while not entirely excising the clichéd nature of the plot it adds both a power and a grace.

More than enough people were able to overlook the lacklustre plot to get at Bermejo’s wonderful art, and a second series followed, equally well drawn by Alessandro Vitti. Unfortunately the only way to find it as a graphic novel is by buying this again coupled with it as The Complete Suiciders, so if you’re interested, buy that, not this. 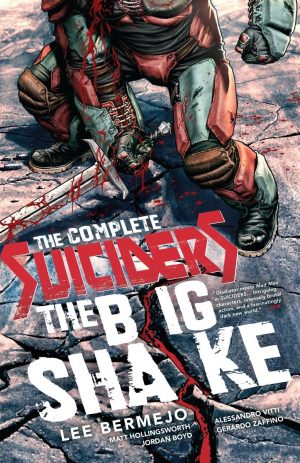