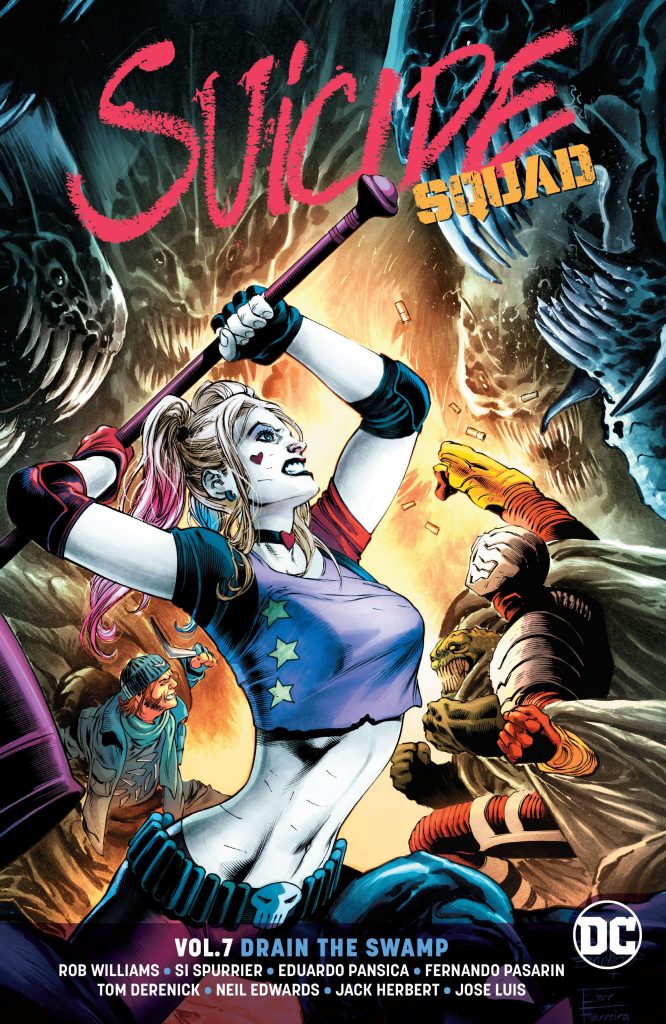 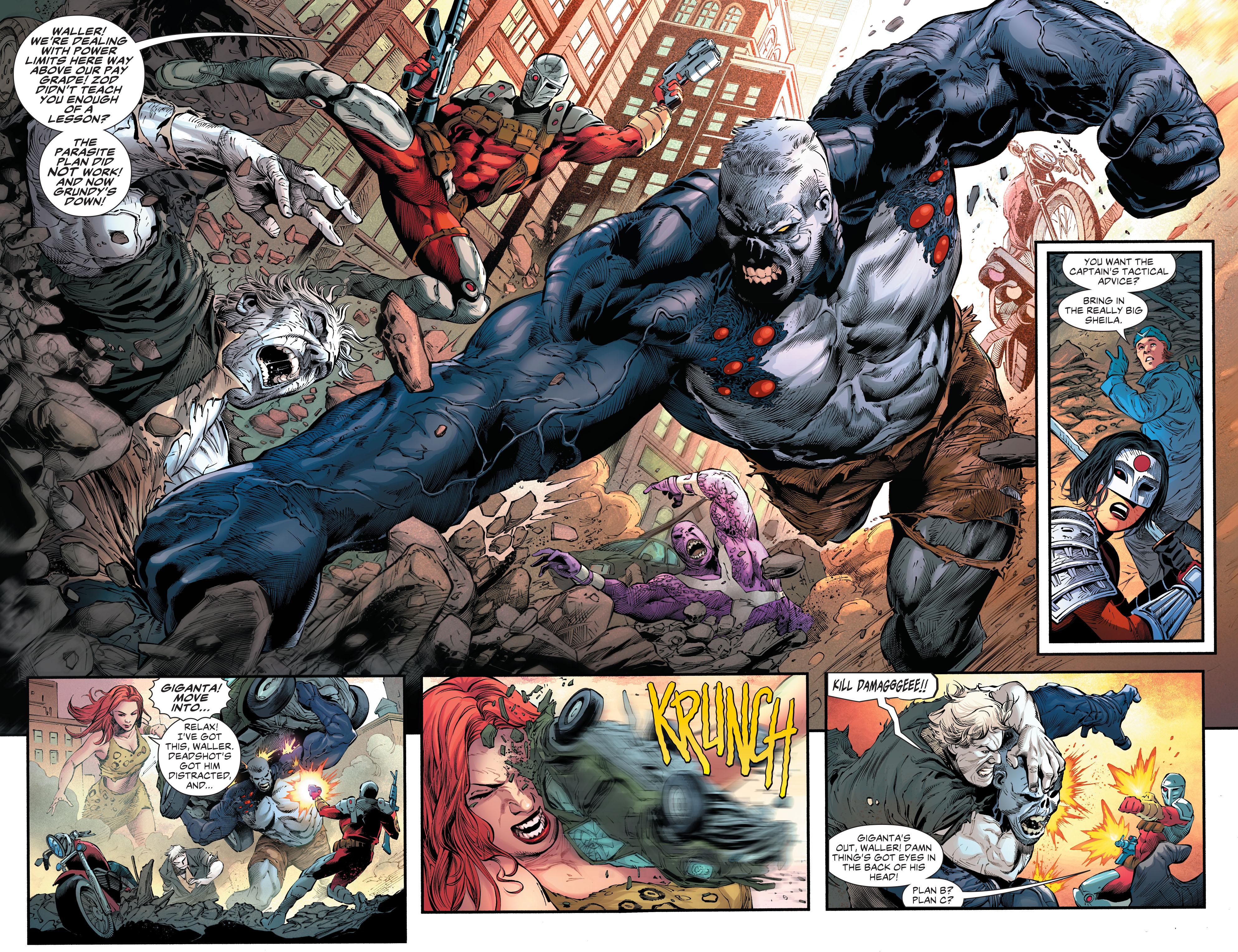 So far Rob Williams has ignored his own past stories, adopting a policy of getting the mission out, completing it, and moving on to the next. ‘Drain the Swamp’ changes that approach, locking into his earlier material as a former Suicide Squad member makes an unwelcome return, having learned from their previous experience, and with Amanda Waller’s hidden secrets now at their disposal. It’s a sort of reversal of The Secret History of Task Force X, where Waller was investigating the Squad’s past. Although split into two stories, the six chapters Williams writes are connected, and it’s a connection most readers will probably make, but no less entertaining for that, and no less a problem. Also introduced is a new tech-based superhero under government control, Rick Flag’s control actually, and paraded as a first class solider with state of the art technology able to withstand any attack, and able to do dirty work in a public way. Hmm. It sounds as if the Wall is just the kind of hero to make the Suicide Squad redundant, as Williams trots out the ethical arguments pro and con for their continued existence.

Before the title strip there’s a two part story from Si Spurrier and Fernando Pasarin, with Spurrier showing us the Squad through the eyes through a newcomer, Juan Soria, a minor criminal with the ability to pick any lock with his hand. He’s in way above his depth accompanying the Squad aboard an alien ship that’s crash landed. It’s eventually revealed as clever, but spends too long arriving at that point.

From the start of this run, much publicised as being drawn by Jim Lee lest we forget, Suicide Squad’s had an artist problem, with the consistency as out of whack as Harley Quinn’s sanity. Seven volumes in the artists are almost being hired by the platoon, with Eduardo Pansica providing the sample art on the basis of drawing two consecutive chapters of the title story, although José Luís is needed for the conclusion. The following ‘Shock and Awe’ needs three artists over three episodes. What is the problem? Why can’t we have Killer Croc looking like the same creature for the three chapters of a single story? Under Tom Derenick, Neil Edwards and Jack Herbert it could be three different Crocs and three different Amanda Wallers. Derenick seems to be the only one familiar with her character and has her carrying some weight, but under Edwards she’s a blimp and Herbert then knocks fifty pounds from her. None of the art is bad, although Pasarin would benefit from not trying to squeeze so much into every panel, but when did visual consistency become such a forlorn hope? It’s not going to get better. This run of Suicide Squad ends with Constriction, featuring artists not even able to finish the single episode.