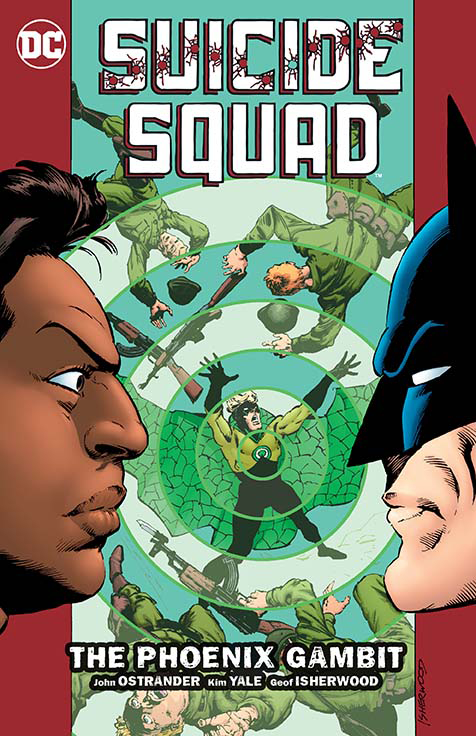 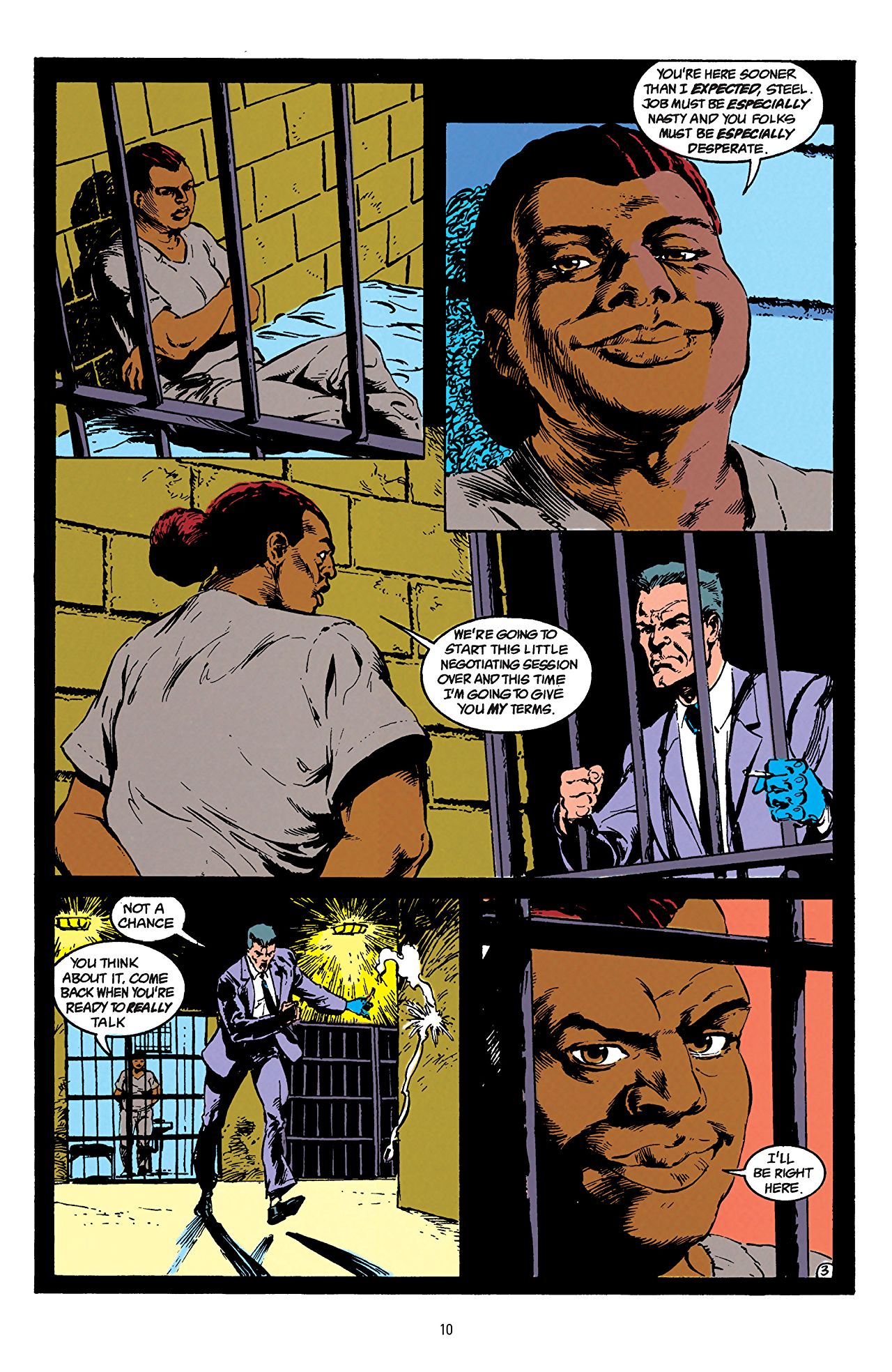 The four part title story picks up a year after events of Apokolips Now, and reconstitutes the Suicide Squad in a fresh form. Still run by Amanda Waller, but as a freelance company employing super villains for dangerous tasks, and charging a flat fee of a million dollars per mission. With Kim Yale now co-writing with John Ostrander, The Phoenix Gambit takes a step into the format that would see out the remainder of this incarnation, which is tightly plotted action thrillers interspersed with shorter, character based tales. The costumes are diminished, but the same level of thought is applied to twists and characterisation. To cement the deal Batman plays a prominent part in the introductory freelance mission as the Suicide Squad become involved in what in 1990 was a slowly crumbling Soviet Union and satellite states, here fictionalised.

Almost everyone who the audience cares about returns from the earlier incarnation, along with late additions Count Vertigo and Poison Ivy, and the provocative mix of personalities creates its own tension. Captain Boomerang’s background is given a clever twist (with co-writer David DeVries), but Ravan can be isolated as the most terrifying, a man whose religious beliefs consider every person he kills forestalls an era of chaos by a thousand years. Here he faces Kobra, whose mission is to introduce this era. For all the personality of the costumed cast, it’s again the force of nature that is Amanda Waller who is most indelibly stamped, given a little more humanity, with even an admission of a failing.

With Oracle now revealed, and featured in a good final episode, the prevailing mystery becomes who the Atom is. Has the original really died? In addition to the regular cast a group of Israeli superheroes are introduced, and like so much about Suicide Squad, this isn’t just for the short term. Some have a part to play in future volumes. The final two part story focuses on Oracle, and incorporates Cliff Carmichael. He’s another brilliantly rounded character, a sociopath able to control minds and interface with any computer, who’ll be a devious series mainstay until the end.

Also redefined is the artwork, with former series inker Geof Isherwood moving to pencilling. He has weak points, but as Suicide Squad now relies less on costumes, an artist able to provide real people in ordinary situations is a great asset, although in action scenes the switch from his naturalism doesn’t result in the most dynamic of pages. Still, after some previous artists, one that can tell a story is most welcome. Series co-creator Luke McDonnell also drops by for some chapters.

Ostrander and Yale keep the suspense up incredibly well. Don’t think that because this is material from the early 1990s all the twists are telegraphed. These were sophisticated action thriller plots at the time, and remain so, and the format continues with The Dragon’s Hoard.