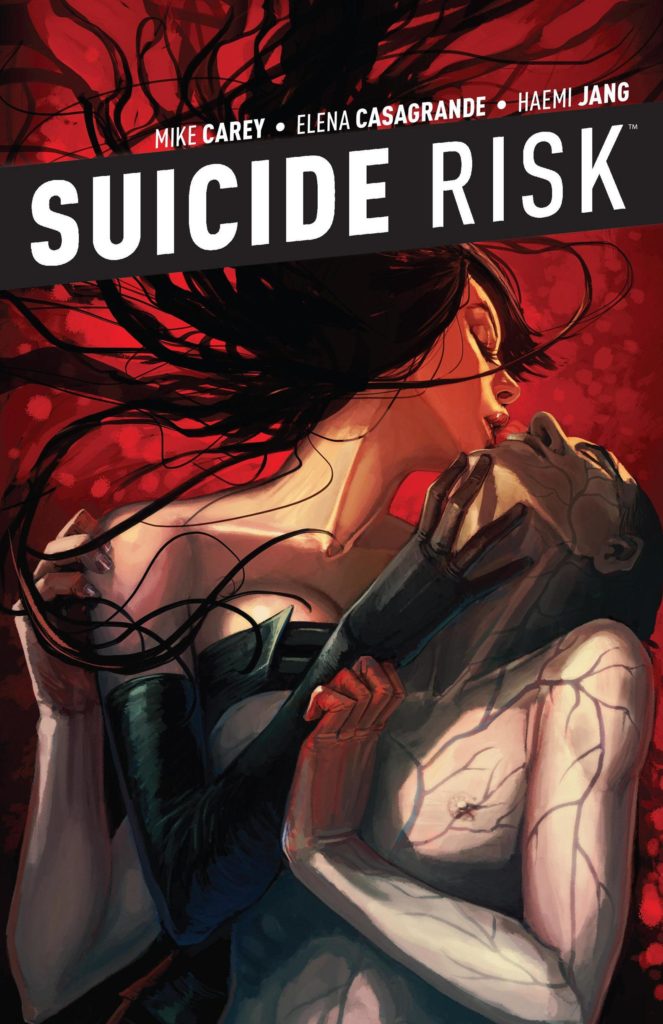 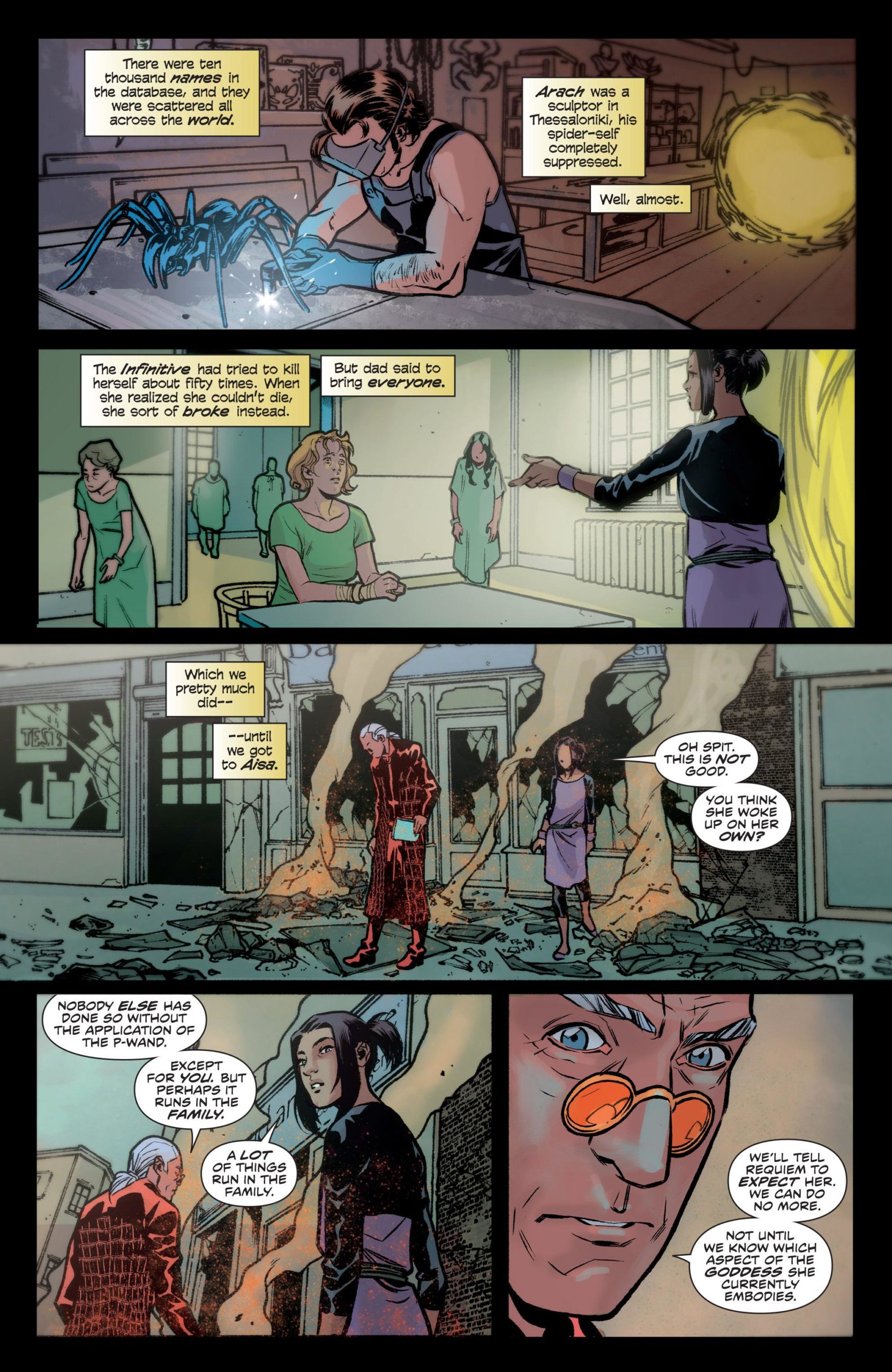 What we have learned since volume one’s Grudge War is that there’s an undemocratic alternate Earth known as Ultramar where rebels/criminals aren’t killed, but their threat is removed by the construction of fake personalities over-writing their own. They’re then deposited on our Earth where they’re monitored to ensure their super powers aren’t awakened and their true memories don’t return. Hence policeman Leo Winters died, but his personality was used to overwrite a very dangerous person known as Requiem. Leo is happily married with two teenage children. Tracey is actually Terza, Requiem’s own daughter, whose personality has also been overwritten. She’s even more powerful than her father. Jericho ended with Requiem’s partner being awoken in an attempt to ensure that none of them return home.

Before Mike Carey and Elena Casagrande pick up on that, Carey and Haemi Jang offer a glimpse into the way society is on this other Earth, with an idealistic young man offering his services to the rebels, with his partner nowhere near as certain it’s the right path. It develops into a well balanced tragedy of shattered ideals.

It’s the cerebral chapter of Scorched Earth, as the title story is the nearest Carey comes to a more traditional superhero slugfest involving multiple characters. Even with that, though, his intellect shines through as he develops methods of disabling people with super powers you might recognise, and stops a battle between the two most powerful beings for a discussion as to whether freedom is merely another form of ideology. However, those are punctuations and as good a she’s been to date, a massive superhero battle isn’t among Casagrande’s strengths. It’s messy and crowded, and she’s on stronger ground when the final chapter opens into something equally messy and crowded, but on a far smaller scale. It’s where Carey takes the tangled relationships he’s set up and places them under the one roof to fester. The result is seat-squirming awkwardness, and the way Carey’s set that up, the tension just transfers to another location where the bigger picture again steps to the forefront.

While mystery in the earlier volumes has been fun, this is an even better read because we now know everything that’s at stake. It’s a real page turner, fast moving and plot dense all the way to yet another great cliffhanger ending featuring someone we’d all forgotten. The Breaking of so Great a Thing follows and concludes Suicide Risk. 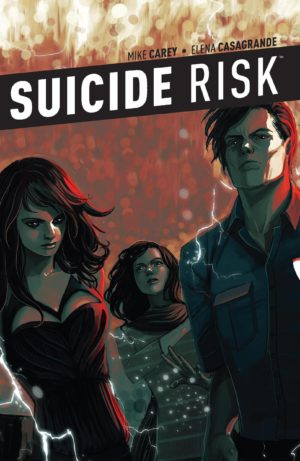