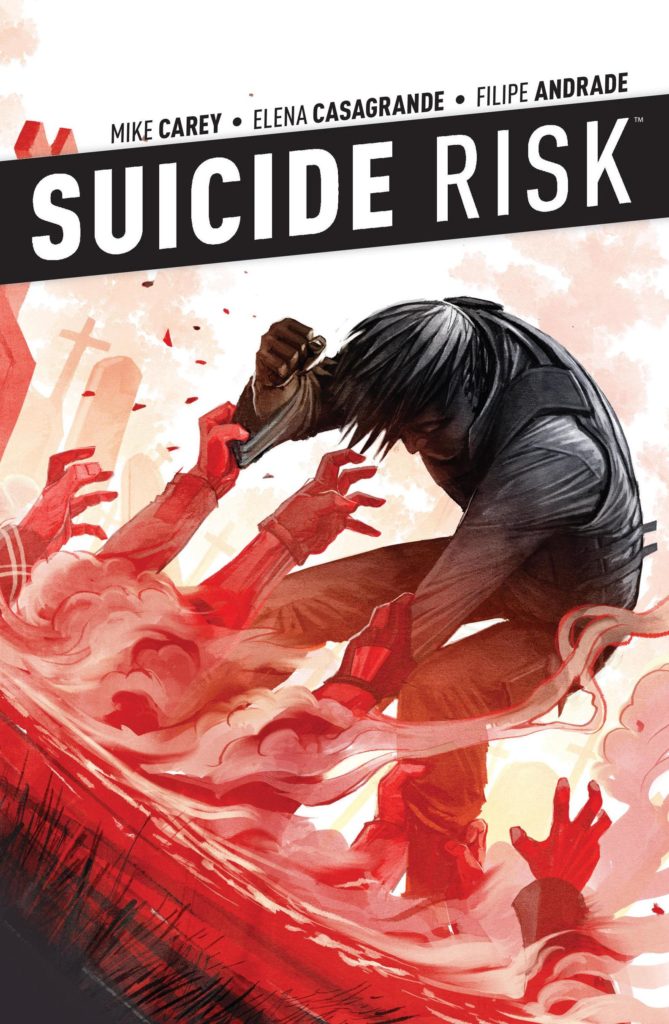 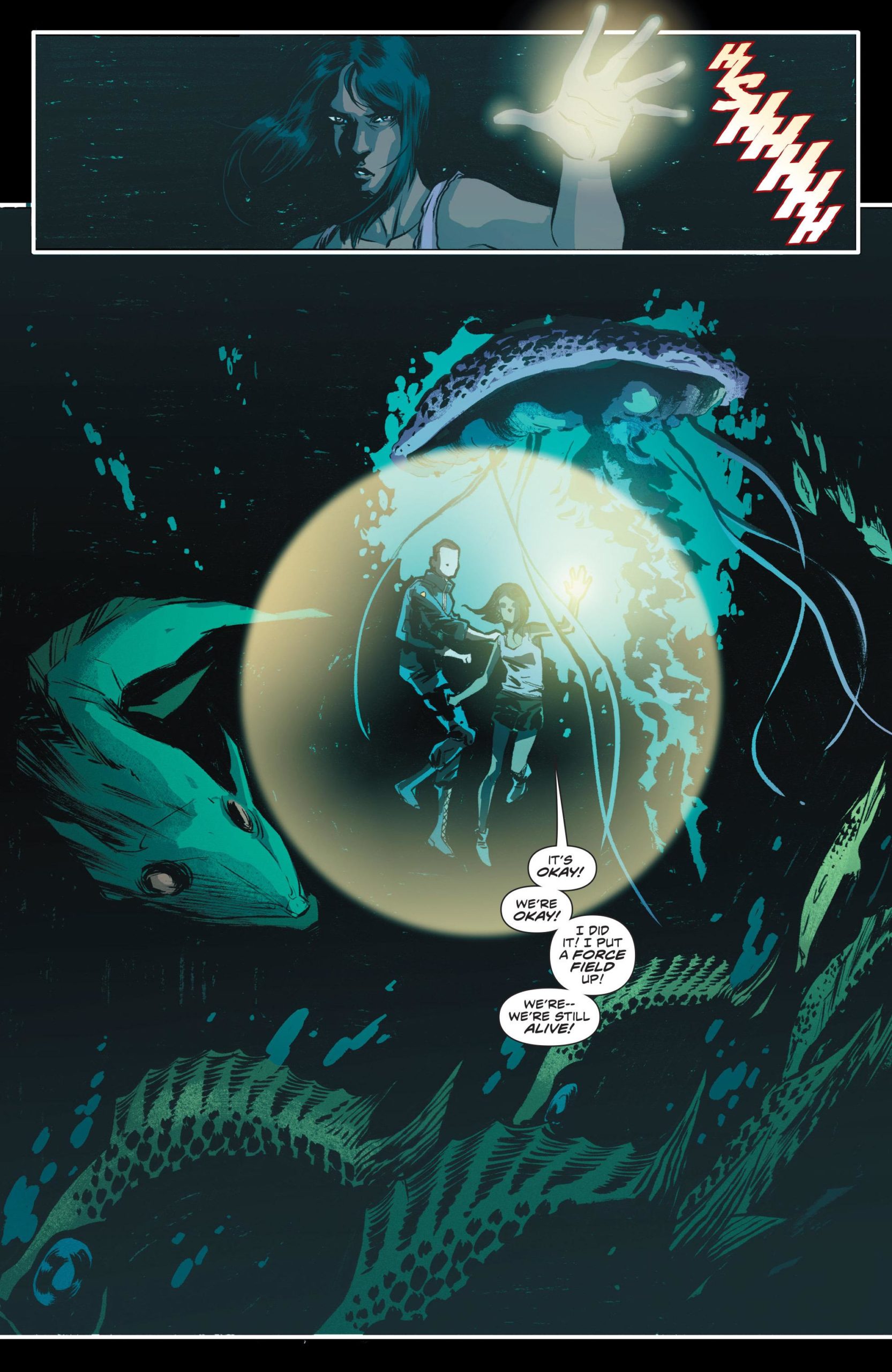 Compared with the art we’re used to from Elena Casagrande, Filipe Andrade’s opening chapter looks ugly, his people angular and wide-eyed, set in featureless, jagged backgrounds. The story he illustrates, though, is Mike Carey’s method of reuniting Tracey Winters with her father, which, as anyone who’s read Seven Walls and a Trap knows is a difficult concept. We should be up front and note it’s well toward the end that the cliffhanger ending to that volume is addressed. Instead Tracey’s journey to revelations occupy the first three quarters of Jericho as we learn how Leo reached that cliffhanger.

That journey is an interesting fusion of mysticism and science. The previous volume introduced the idea of computer manufactured personalities based on real people, but the access to it comes via a character we already know named Diva, whose powers stem from a fervent belief in a Goddess. It’s just one of several intelligent connections the aptly named Jericho presents. Siva Winters learns some truths, and her reactions to them are very different from those of other people, a nice personality touch on Carey’s part. There’s also the matter of Requiem perhaps not being entirely what we’ve been led to believe he is, although he’s certainly mercilessly pragmatic, and this area of Suicide Risk begins to resemble a parable about British class struggle. The really clever aspect of Carey’s writing, however, is that the depth is there for those who want to see it, yet even if it’s all ignored he’s producing a thrilling superhero story. Carey’s writing has a tidiness about it also. Questions will occur about what Tracey can do and why she doesn’t follow the simple path. They’re addressed. By the time we’ve reached the end, our assumptions have again been challenged. In every volume of Suicide Risk Carey’s changed what we believe about a person or a situation and does it again in Jericho.

There’s now an expectation of Casagrande’s art being emotionally strong, and the emotions here are possibly stronger than in any of the previous graphic novels. She delivers exactly what’s needed through Tracey’s progression and the people involved with it. Everything moves toward another bombshell conclusion, to be followed up in Scorched Earth, which sounds suitably ominous.