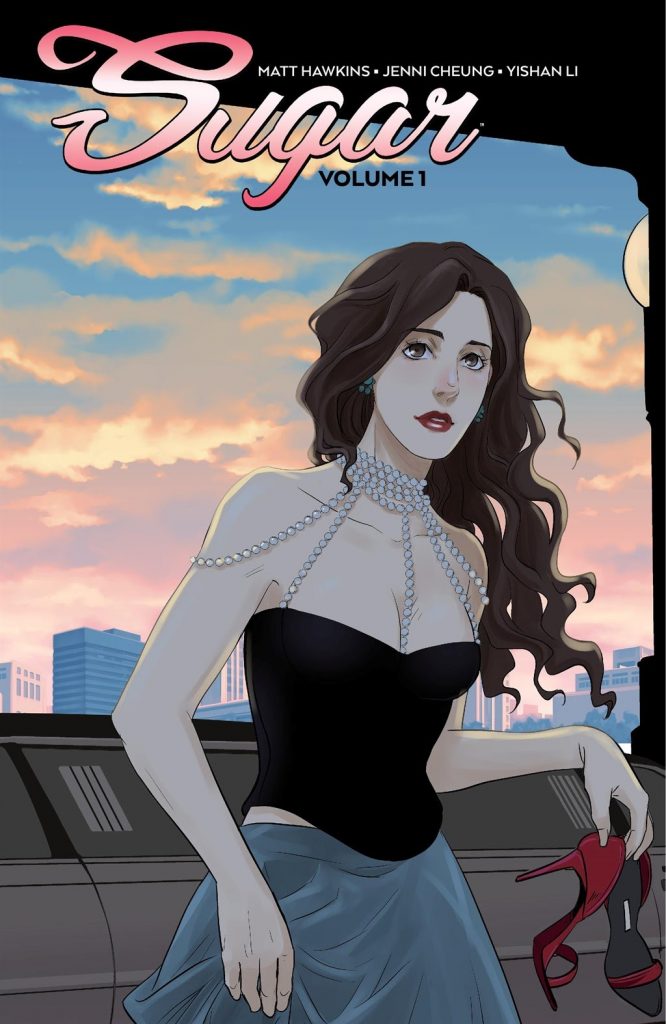 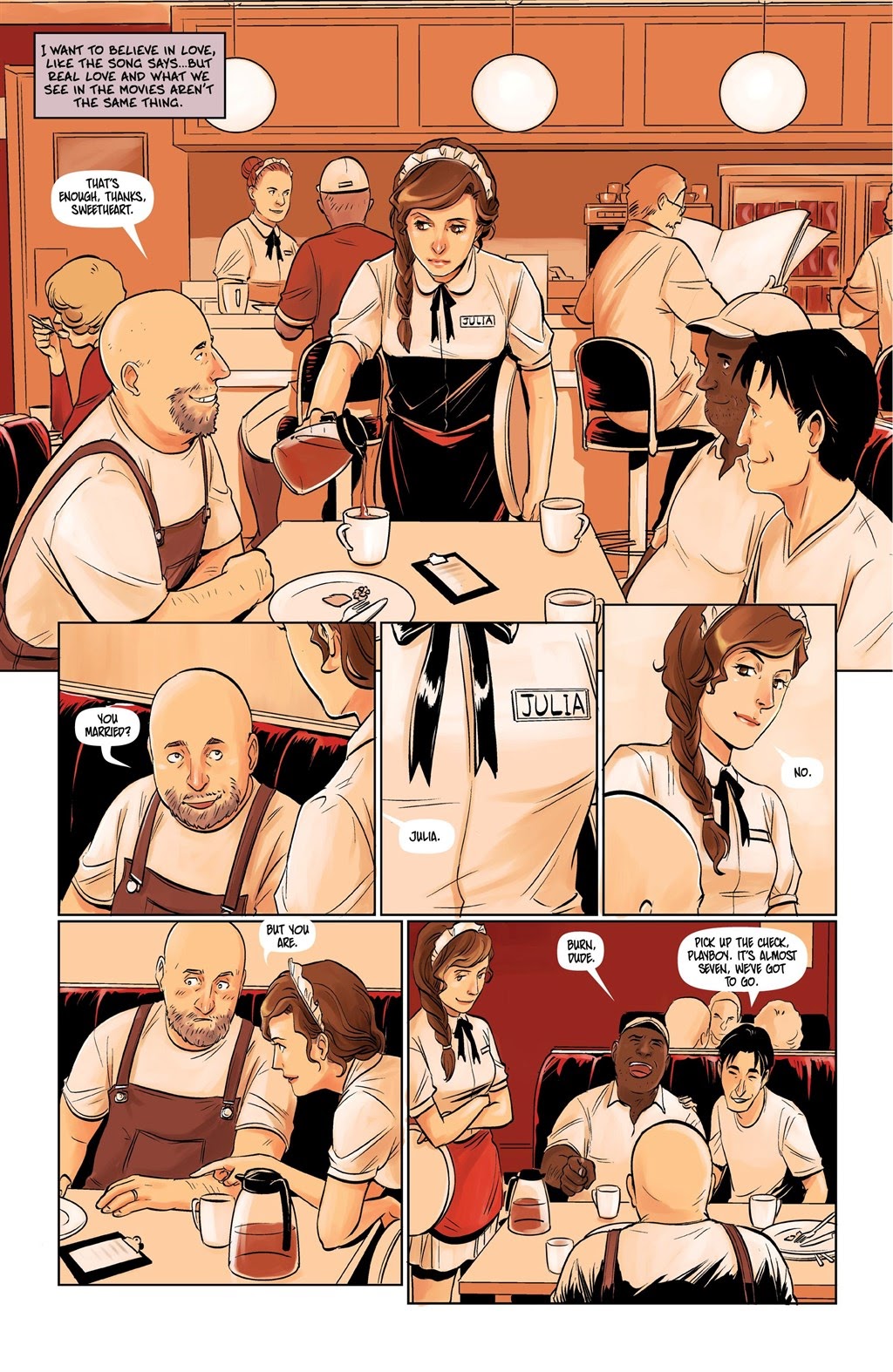 Sugar begins very distinctively with a page featuring portraits of the main cast members, attractively illustrated by Yishan Li. It’s the equivalent to the list of characters presented at the beginning of play texts, and as it’s a useful reference, why isn’t this a device more frequently used?

Although it develops into an ensemble piece, our introduction to the cast is Julia Capello, working three jobs to pay college fees to complete her accounting qualification. It’s a breadline existence, and Julia’s narrative captions reveal a gaping relationship hole in her life, yet while the jobs enable her to meet people, there’s little time left over to meet them properly. Her counterpart is John Markham, newly divorced from a cheating wife, and very reluctantly going along with a friend’s advice to put himself about. This results in a succession of uncomfortable situations.

There’s an inevitability that Julia and John will get together, but co-writers Jenny Cheung and Matt Hawkins twist the circumstances to ensure it’s more complicated than that. By then they’ve already established our sympathies for two decent people, increased by the subtle way Li poses them. However, while the opening chapter establishing Julia, John and their orbits hits all the right notes, once they do have time for a date matters take an unconvincing turn. The topic has been introduced earlier via a conversation between John and his more worldly business partner, but the adoption of an arrangement is too easily suggested and accepted. While it makes sense of the title, it’s artificial, and seems primed to generate future problems, not least with Julia’s mother. There’s the feeling that Sugar might read better if the creators hadn’t attempted to sensationalise what could have been an effective, old-fashioned romantic drama instead of heading into Pretty Woman territory. That sort of project sells in Japan, where Li also draws comics, so why not to an English-speaking audience.

The same creative team also produce the more successful Swing, and like that Sugar includes what for comics are explicit sex scenes. These are poorly judged. It’s one way erotica, with plenty of scenes of Julia and other women topless, but John always discretely covered. It’s a halfway house and fudged opportunity. Li draws attractive people, but is also good with signs of ageing, so not everyone is model perfect. At times her backgrounds could be more populated, but Sugar is very nicely drawn.

Volume Two is advertised as due for publication in Summer 2019, a date that’s long passed with no continuation. Unless you’re really caught up in Julia and John’s lives, though, that’s no problem as the story can effectively end with the final pages, although they are standard Hollywood schmaltz, down to the rainfall, and could well elicit an audible groan at the cliché.

Sugar is an attempt to provide something different for American graphic novel audiences, but drops between a few stools, not well enough formulated to appeal as far as intended. 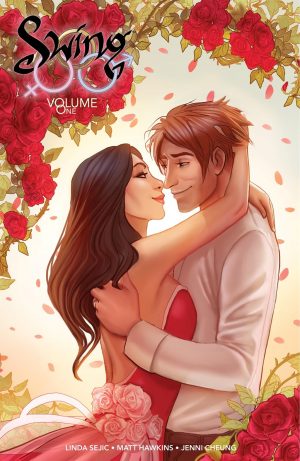 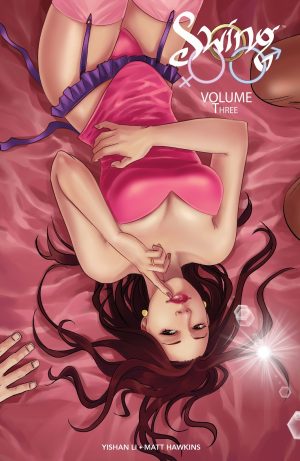 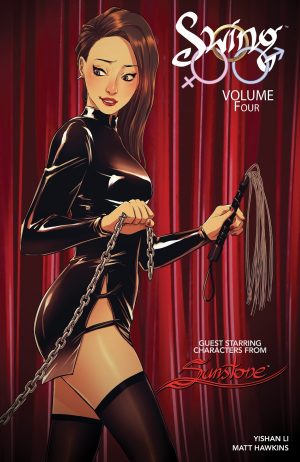