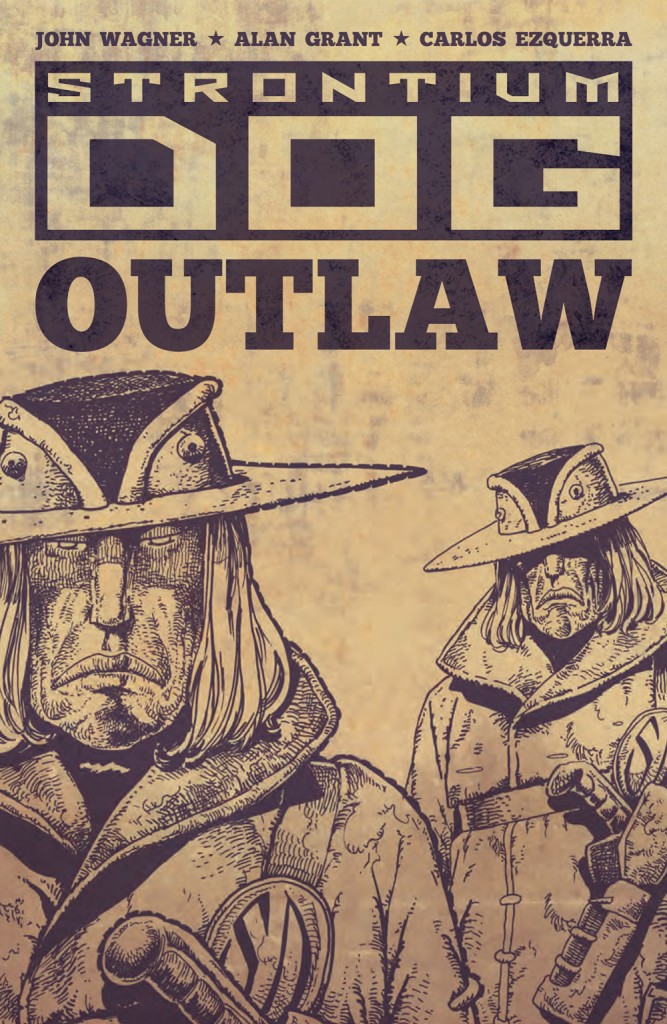 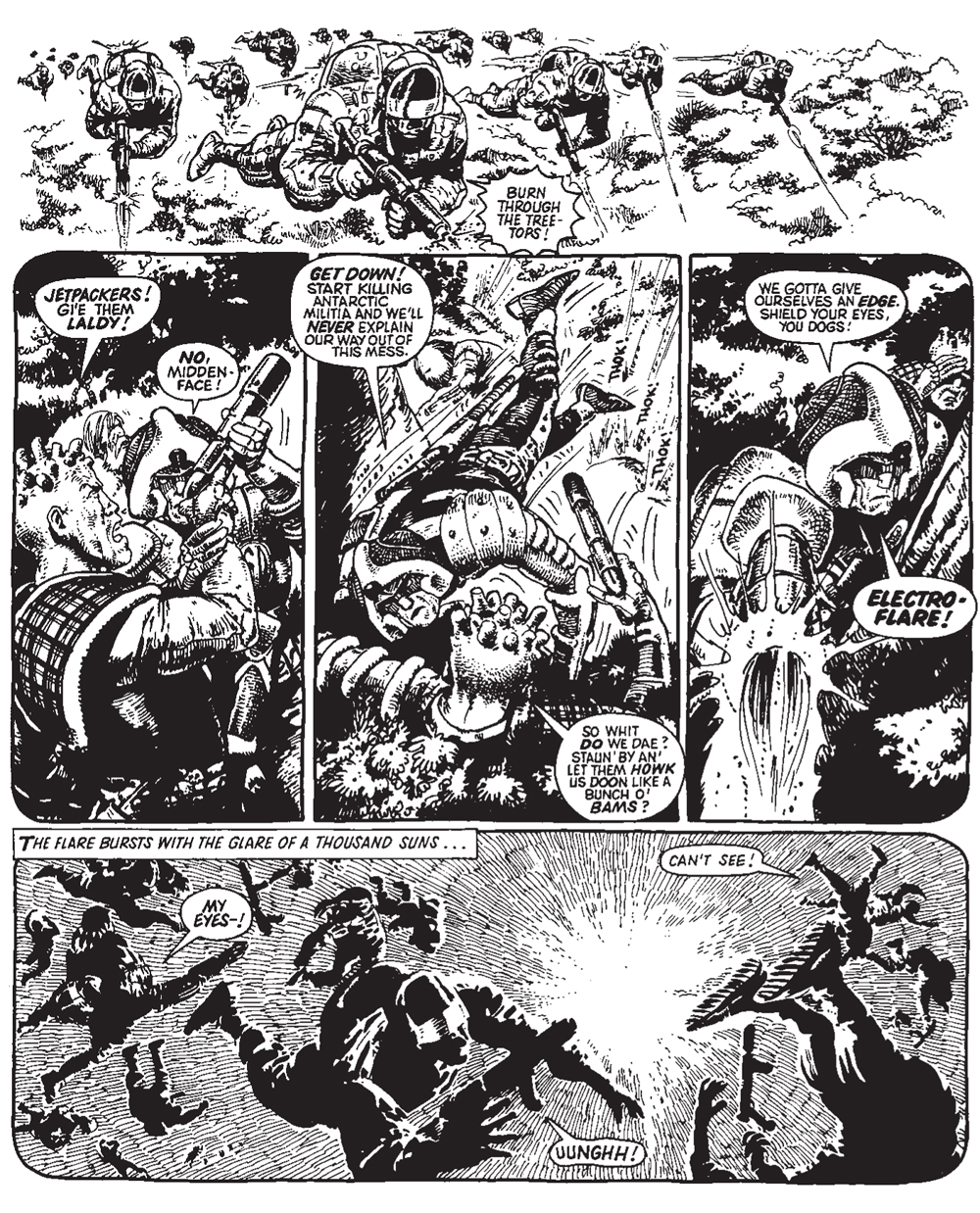 Strontium Dog: Outlaw opens on the Scottish settlement of Jock’s Landing on the water-world of Och-Eleven. That name soon changes to Och-II, which makes much more sense, as it’s clearly a play on Scottish phrase ‘Och aye the noo’. Stix was a memorable villain introduced, and killed, back in ‘The Shicklgruber Grab’ (see Search/Destroy Agency Files 01), the wonderfully bonkers time-travel story featuring Adolf Hitler. Here it’s Stix’s two (identical) brothers as the story’s villains, murdering a handful of the residents of Jock’s Landing during their traditional Fish Supper celebrations, and telling the terrified survivors that they’re to blame the crime on Johnny Alpha and Wulf Sternhammer, our bounty-hunting heroes.

Attacked by fellow Strontium Dogs (Search/Destroy agents) Johnny and Wulf soon discover there’s a price on their heads and go to the Doghouse – the agency’s orbiting space-station – in an attempt to clear their names. Matters are complicated further when the Stix brothers murder the human who runs the Doghouse, and frame Johnny and Wulf for that too.

Assisted by many old friends from his Mutant Army days, Alpha flees to Antarctica, now a tropical rainforest. Then we discover that the new controller of the Doghouse, Norman King, is actually Nelson Bunker Kreelman, Alpha’s father. When we last left Kreelman (in Johnny’s excellent origin story, ‘Portrait of a Mutant’) he’d been stuck in a time-loop, playing out the same few seconds over and over again, begging his son not to kill him. The Stix brothers had found and freed him, giving him the opportunity to exact his revenge on his son and all mutants.

The non-stop action moves from Antarctica to Jock’s Landing, where Johnny intends to find out why the settlers blame him for the killings. The Stix brothers arrive and take Alpha prisoner, returning him to the Doghouse, where he’s strapped into a fiendish torture device for Kreelman’s twisted amusement, while the rest of the Strontium Dogs are forced to hunt down the remaining ‘terrorists’. Those same terrorists stage a dramatic rescue, with not a few of them dying in the process, and matters are brought to a bloody and satisfying conclusion.

This story also appears, alongside many others, in the large trade paperback Strontium Dog: Search/Destroy Agency Files 02, and is effectively a sequel to ‘Portrait of a Mutant’, with many of the same ingredients (guerrilla warfare, political chicanery, father issues) and many of the same characters. This isn’t the best, or most original, Strontium Dog story, but does contain many of the elements that define the strip, while avoiding some of it’s more out-there occult tropes.

Finally, while applauding any attempt to atrract those who wouldn’t normally read comics, the paperback novel size of this series of books means that the pages are reproduced really, really small. Anyone without perfect eyesight may find themselves reaching for a magnifying glass.