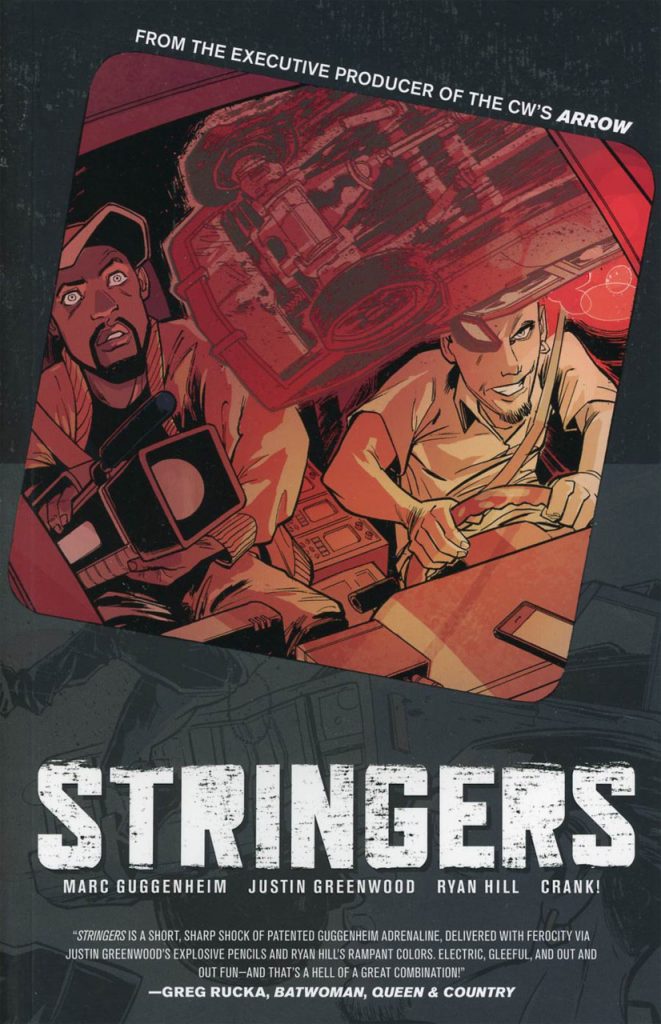 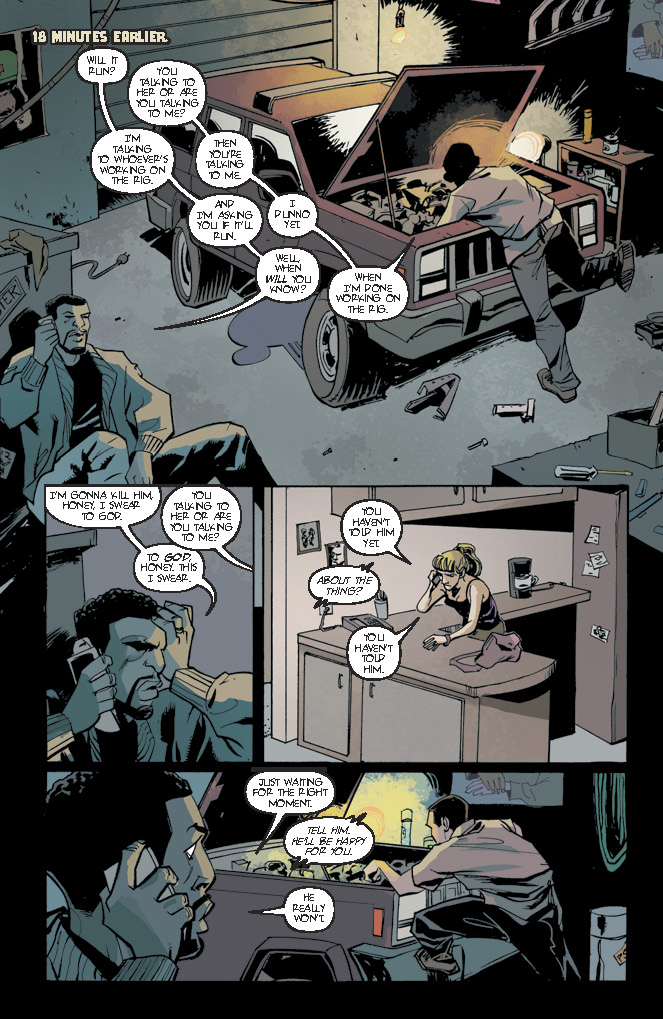 Stringers were once the freelance photographers on whom the newspapers depended for the exclusive pictures to sell the newsprint. In the modern era they sell video footage to TV stations. Marc Guggenheim and Justin Greenwood introduce us to the impulsive Nick and the more considered Paul’s different characters via their bantering as they follow a police chase that erupts into a gun battle, endangering their lives for $2500. At the shootout Nick spots a USB stick lying on the ground and takes it with him. With such little moments do even bigger troubles begin.

Guggenheim has plenty of TV experience, ensuring his action-driven plots have a visual intensity, and Greenwood can pace his pages to ensure a kinetic energy, so they’re a good combination for the unfolding nightmare of Nick and Paul’s life. After a transparent shakedown by supposed LA police detectives Nick becomes convinced that the USB stick is their ticket to the big time, while Paul is more concerned it’s going to see them killed.

Greenwood deals in cartoon realism, which defines people well, their body language playing into their personalities, and he also has enough affinity for the car chases to convince with them. However, there’s a subtlety to Greenwood’s art, and small items that he draws attention to in a subtle way have a later relevance.

The viable set-up plays out as planned, although suffers from Guggenheim’s inability to cut a good line for the sake of making the overall plot more believable. It’s a TV writer’s script where everyone always has a smart answer in double time, and that’s accentuated by all sound effects being descriptive labels instead of the usual attempts at sound. It’s smug. While getting from A to Z is professionally handled, it’s with very few surprises, and that predictability makes for an okay read, but not a book to put on the shelf for re-reading. 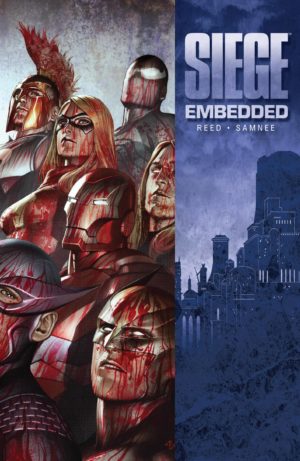