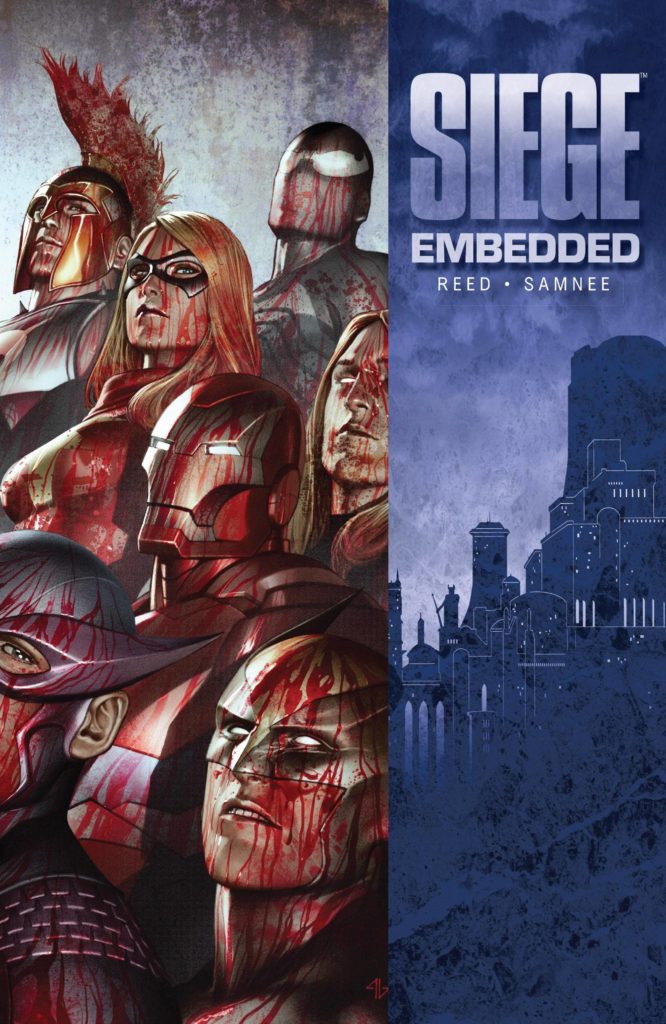 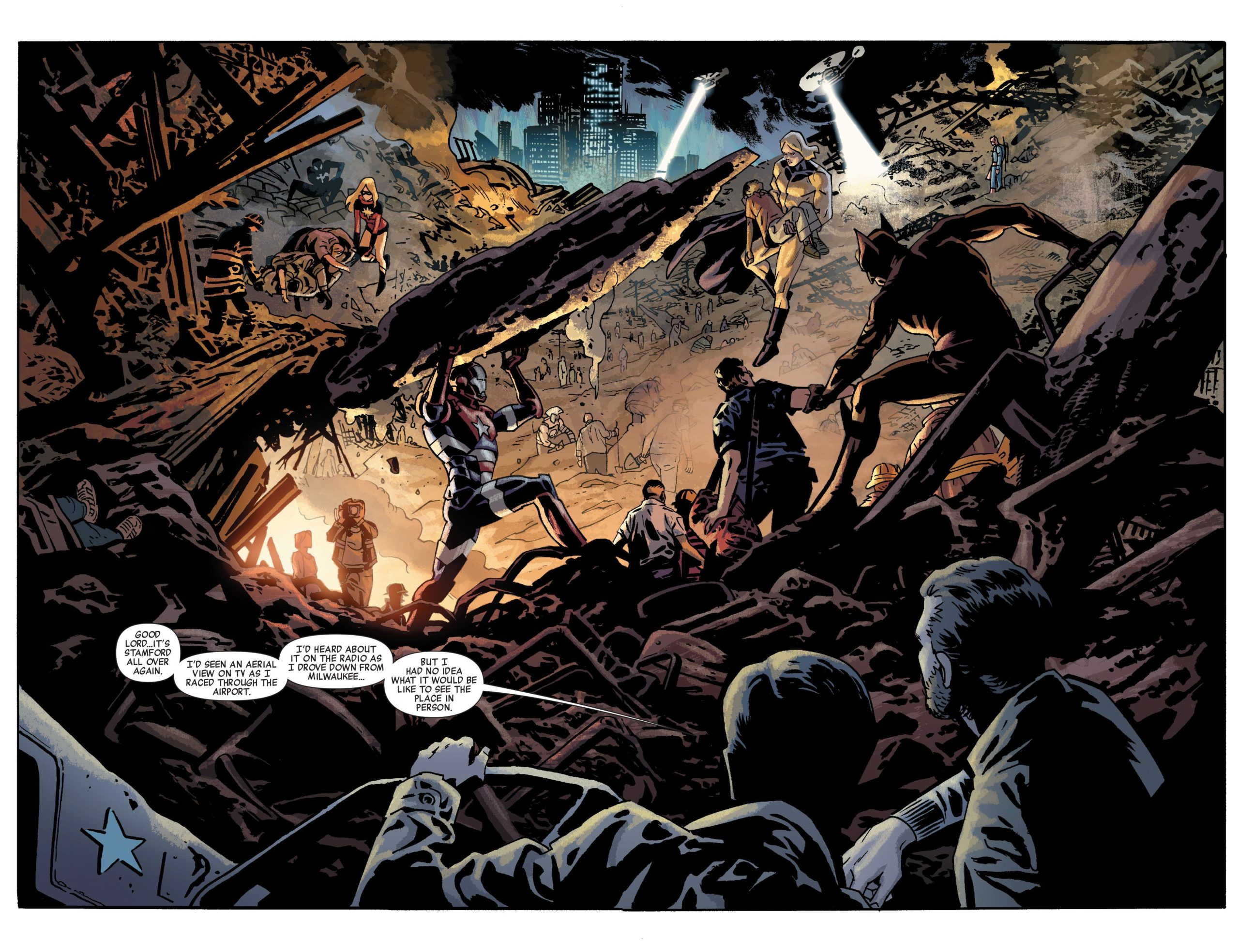 Just as previous early 21st century crossovers at Marvel had been accompanied by a series looking at how the press covered events, so did Siege, except it moved away from the previous Front Line title. Journalist Ben Urich remains the focus, however, arrived in Chicago and catching an almighty break when meeting Volstagg, the Asgardian responsible for an incident providing the excuse for the invasion of Asgard by Earth’s superheroes under the control of Norman Osborn. Volstagg determines he needs to return to Asgard to face judgement, and Urich just happens to have a van.

Brian Reed’s script is in one sense close and intimate, Urich, Volstagg and cameraman Will Stern gradually working their way South to where an apocalypse is unfolding in Broxton, Oklahoma, yet it’s addtionally a treatise on how honourable a profession journalism is these days. Urich’s integrity is contrasted with TV rabble rouser Todd Keller, for whom controversy is a means to an end, taking how that shapes public attitudes, and how news is manipulated via embedded sympathetic journalists at an event. “We are going to invade Asgard Mister Keller”, he’s told, “you are going to tell the world why it’s a good idea”.

Embedded features some lovely art from Chris Samnee. The sample is Urich’s view of a major superhero incident, but while there are other such events, much of the story involves Urich just talking with people, discovering what they think, and filtering it for his eventual article. This might not sound an artist’s dream, and perhaps it’s not Samnee’s, but you’d not know from the polished way he switches views and concentrates on expressions. The peace gives way to terror, and Samnee’s just as proficient when it comes to showing what it’s like being trapped on a plane with Venom on the loose, or wandering the devastation as superheroes try to help.

Eventually Keller, who started off as a strong character devolves into caricature, but Reed compensates with a sympathetic depiction of Volstagg, more commonly treated as a joke when he puts in an appearance. Reed displays what responsible journalism means, and if a couple of items, especially the final page, won’t make complete sense without at least having some idea of what happens in Siege, that’s okay as this is meant to be a tie-in. As such it’s a responsible tie-in, telling a complete story very well.