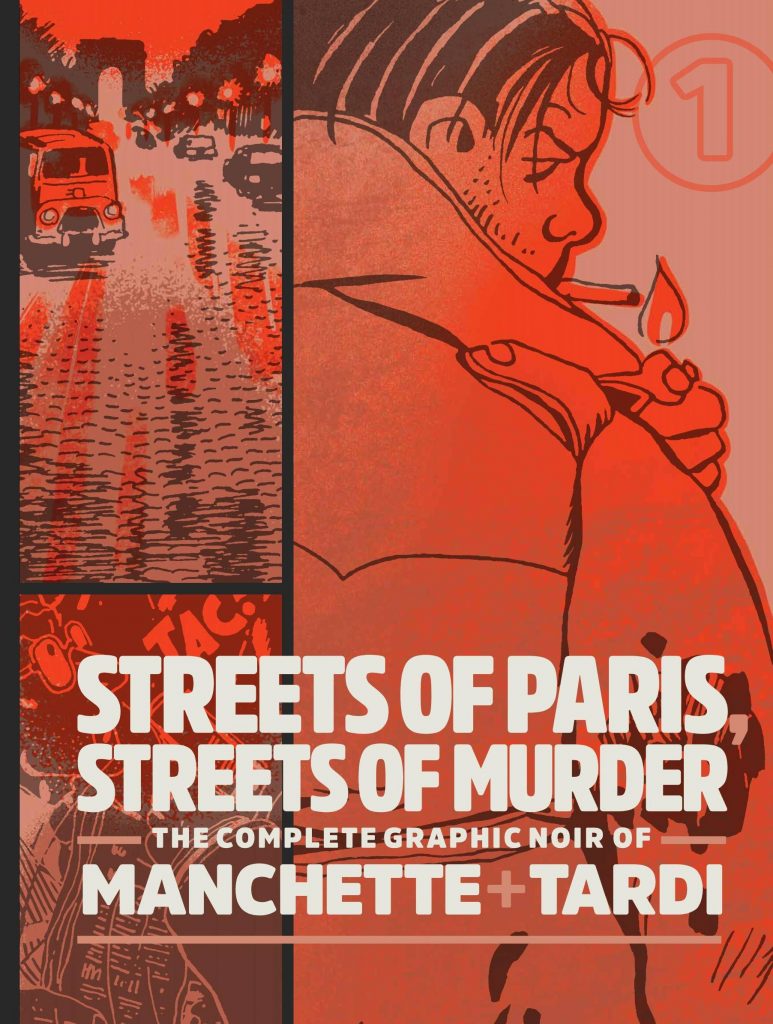 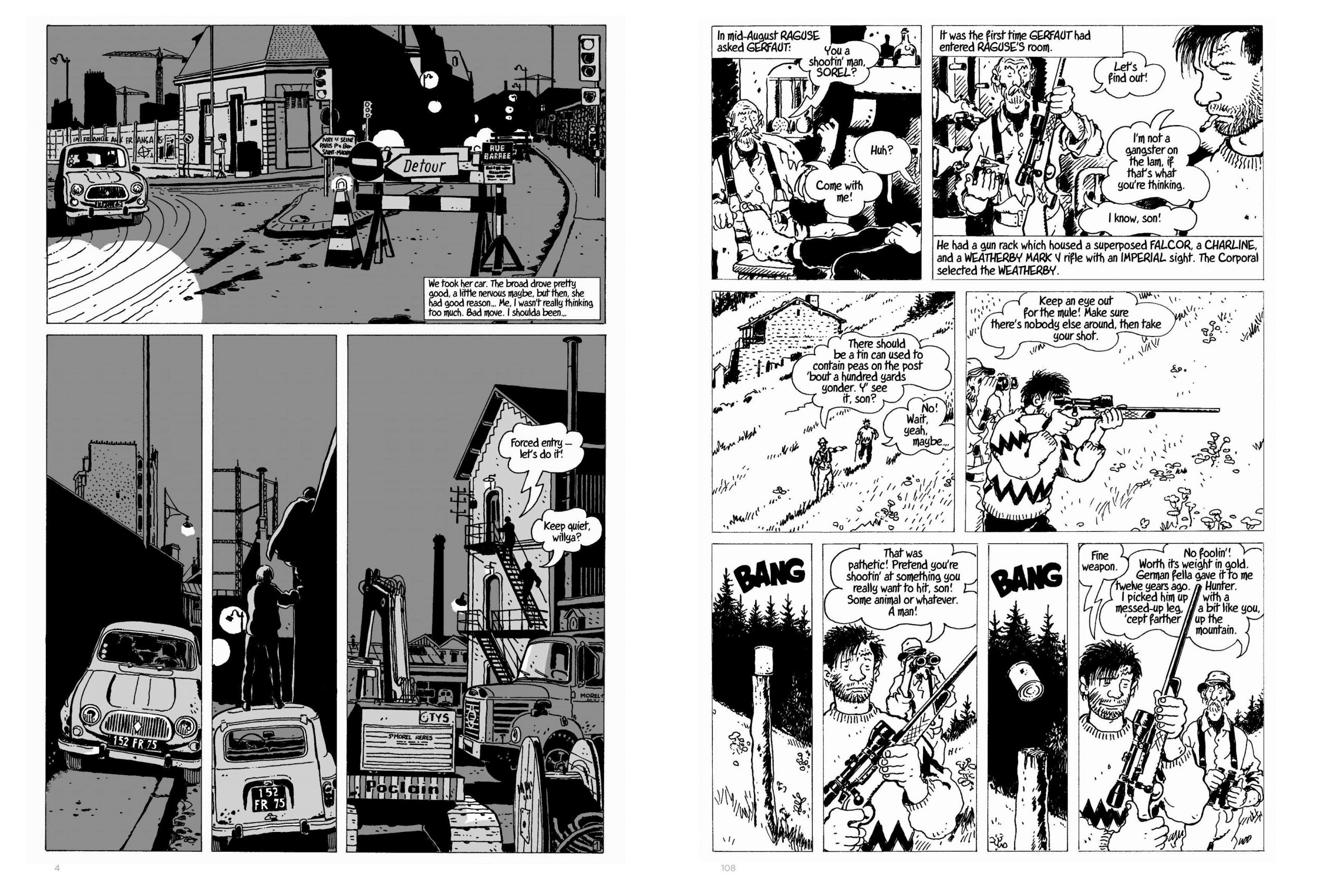 Tardi’s first collaboration with Manchette was begun in 1977. ‘Griffu’ is still available as a French album, but has been unseen in English since a 1992 serialisation. Manchette’s brief introduction notes it as a story without any redeeming characters, and so it proves, with thuggish debt collector Gerard Griffu suckered into stealing a file from an office for someone who then disappears, unconcerned that others are suffering for her theft. It’s an early work for Tardi, but Manchette’s gritty plot enables him to step away from the surreal shaggy dog stories he’d been producing on his own. Disciplined by having to draw real locations rather than flights of fancy, he excels at grubby flats and cheap offices as he spotlights the seedy sides of 1970s Paris, all thoughtfully detailed with an effective use of posters signifying the concerns of the times.

Relentless noir intensity characterises Griffu following one clue violently to the next, yet for all Tardi’s skill, ‘Griffu’ never convinces as anything more than clever pastiche stitched to angry commentary about the 1970s redevelopment of Paris and the attendant corruption. The excessive ending is bleakly funny, though.

‘West Coast Blues’ is far more rounded and satisfying for being textured. Bored businessman George Gerfaut’s release is driving the motorways at night tanked up on whisky and pills, but his ennui is interrupted when he stumbles across an incident during his nocturnal drives. It introduces him to a life of danger and hitmen that he stumbles through at no point in control, seemingly uncaring whether he’ll emerge the other side. It’s bleak, desolate and beautifully evoked by Tardi.

Tardi completed adaptations of two further Manchette novels, combined for Volume 2, but also embarked on two other works. ‘Fatale’ was actually their first collaboration, begun as Manchette was completing the novel. He thought it could be issued simultaneously as a graphic novel, the pages produced largely by Manchette telling the story in a bar as Tardi drew. Despite eccentric people, there’s such precision in his lines that it prompts a tendency to view Tardi as somewhat restrained, yet his version of hitwoman Aimée Joubert’s post-kill ecstasy is far more debauched than the later complete adaptation by Max Cabanes. That reveals ‘Fatale’ as conflicted and in places inexplicable, while Tardi’s 21 pages may not finish the story, but intrigue and beguile with their elegance while introducing the mysteries never satisfactorily played out.

An adaptation of ‘Nada’ was abandoned far sooner, with only the opening page present here. Tardi’s notes explained his inner conflict at wanting to remain true to the novel, yet recognising it needed shored up to remain credible as real events had overtaken it. He progressed no further.

‘West Coast Blues’ is the star turn here, but while flawed, there’s enough quality to the associated material for it to be enticing, and can one ever have enough Tardi art?