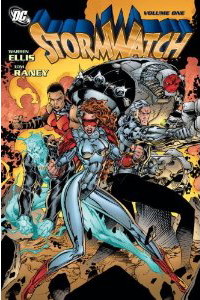 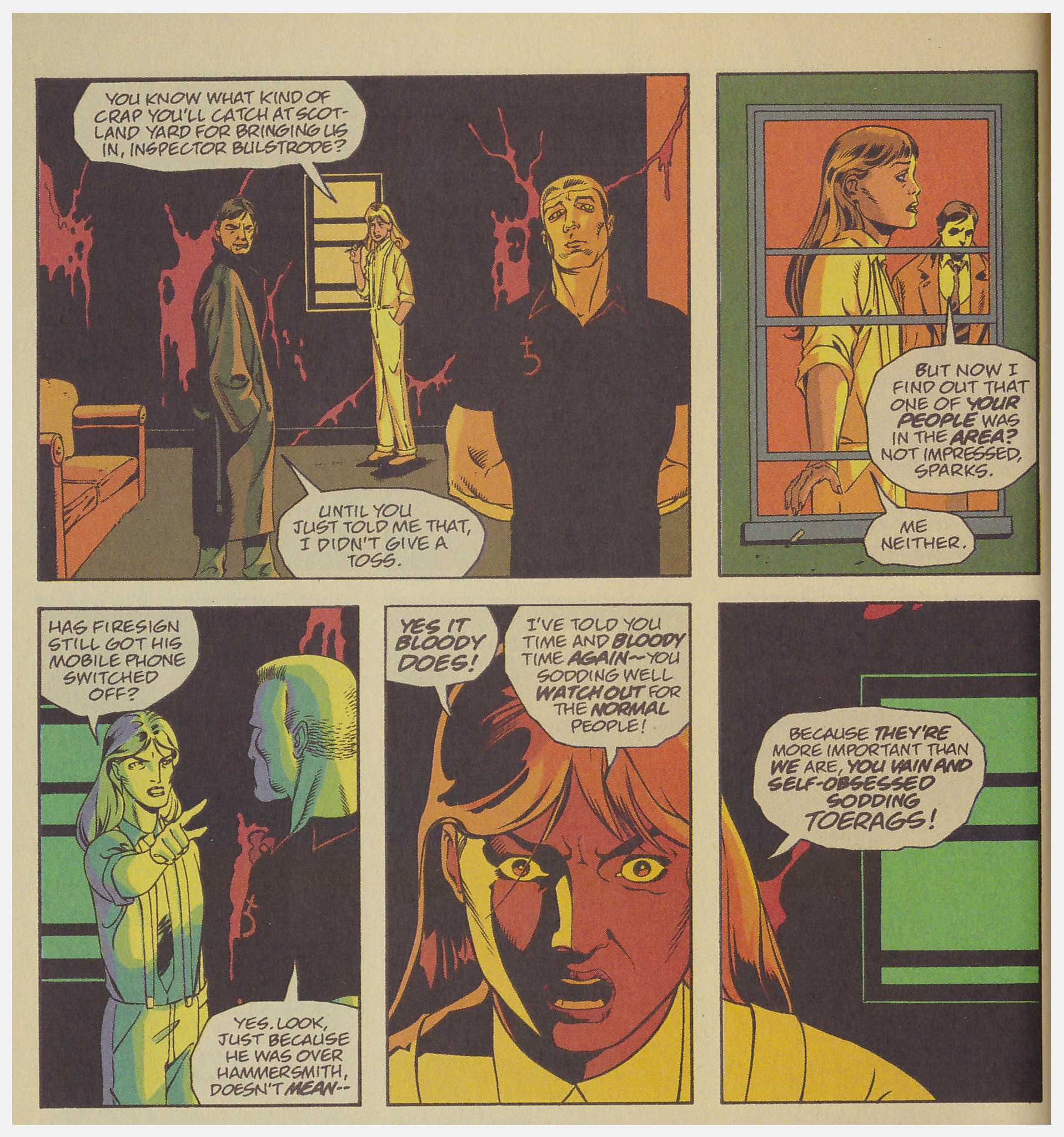 Stormwatch was the series on which Warren Ellis developed from a standard writer of superhero comics featuring chain smokers with an ear for sarcastic dialogue into something far better, and so does pencil artist Tom Raney. His progress is visible just by flicking through this bulky hardcover. His initial layouts are the design led work of an artist trying to walk before he can run, but ten chapters later Raney is a solid storyteller whose previously awry anatomy has greatly improved, and who can now indicate the mood of his characters via posture alone. It’s puzzling that it takes so long overall as Raney’s standout chapter in this volume is midway and incorporates accomplished impersonations of Will Eisner and Dave Gibbons among others.

The reason that’s required is to deliver the back story of Jenny Sparks, introduced by Ellis in the opening chapter. As old as the century, but not looking it, she can control electricity and transform into it. Her age has seen her involved in assorted superteams across the decades, hence the art reflecting touchstones of the period, cleverly printed as if bleached comic pages.

Stormwatch was created as a global peacekeeping organisation run by the United Nations and operating from an orbiting headquarters. Ellis stamps his requirements from the start, clearing out what he considers deadwood, sometimes in dismissive fashion, and introducing newly created characters to fill the gaps. Familiar now, Jack Hawksmoor is an indication of the thought and creativity Ellis eventually brought to every Stormwatch story. A character abducted by aliens, he was surgically augmented to have an affinity with cities, able to read information from the brickwork and streets, and travel between them via a process of re-birthing himself from a cocoon.

With the exception of the final chapter here, drawn by Jim Lee as a series of one-page illustrations, the second half of this collection is far better than the shaky opening material. Ellis takes the time to spotlight individual cast members, followed by a global pub-crawl that defines Stormwatch members not accorded an individual chapter. Overall, though, this is very much work in progress, and those wanting only the essential Ellis material can pass this by. 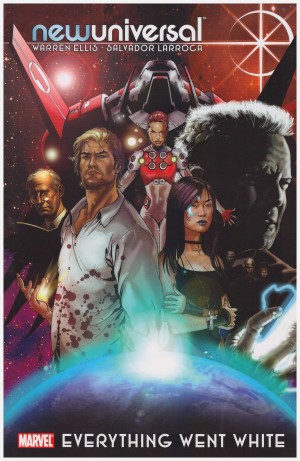