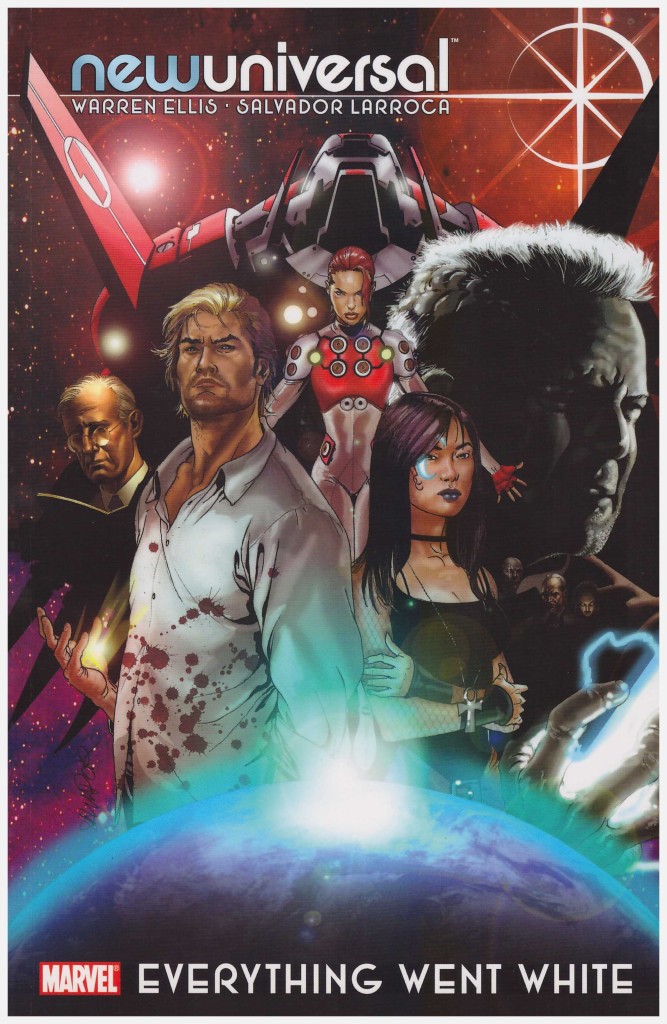 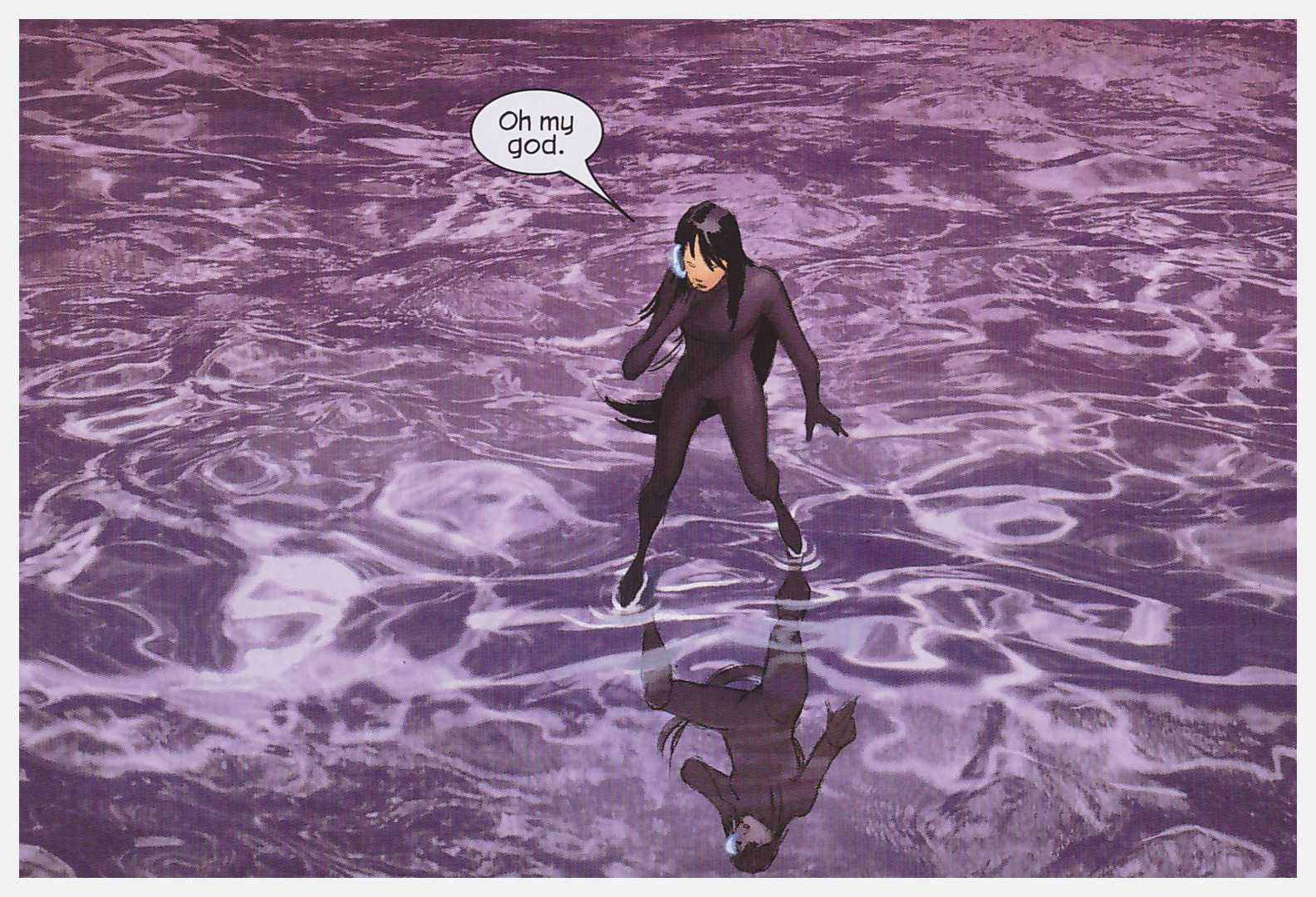 In 1986 Marvel created an entire new line of characters set on an Earth still like our own, but unrelated to their standard superheroes. The line was named the New Universe, and for those that care, collections of Star Brand and DP7 can be found. None of this is required knowledge for New Universal, but it’s the foundation Warren Ellis reworked for this book using the same character names, and the same origin, what is referred to as “the White Event”. It’s an exceedingly bright flash after which several people are endowed with superpowers.

Izanami Randall becomes able to travel between two points via a superflow, the effect being similar to teleportation in essence. Police officer John Tensen is comatose after a live-saving operation removed a bullet from his brain, yet he awakens able to see the evil in the minds of others and with a compulsion to avenge their victims. Kenneth Connell awakens in a field with luminous brand imprinted on his palm and a dead girlfriend. As the book continues others also appear to have developed powers.

Ellis is subtle in setting the scene of an alternate Earth, referencing China as space power and a still-extant Soviet Union in 2006. He then introduces two conjoined narrative strands. One is an investigation of what happens when ordinary folk develop Earth-shattering abilities, and the other tunes into the likely reaction of the US protection agencies to this development.

Everything is illustrated in an attractive pseudo-realistic style by Salvador Larroca, and he’s effective in developing an other-worldly digital look for the superflow. This volume is very much set-up, but the story was never concluded, which hardly makes it an essential purchase now.