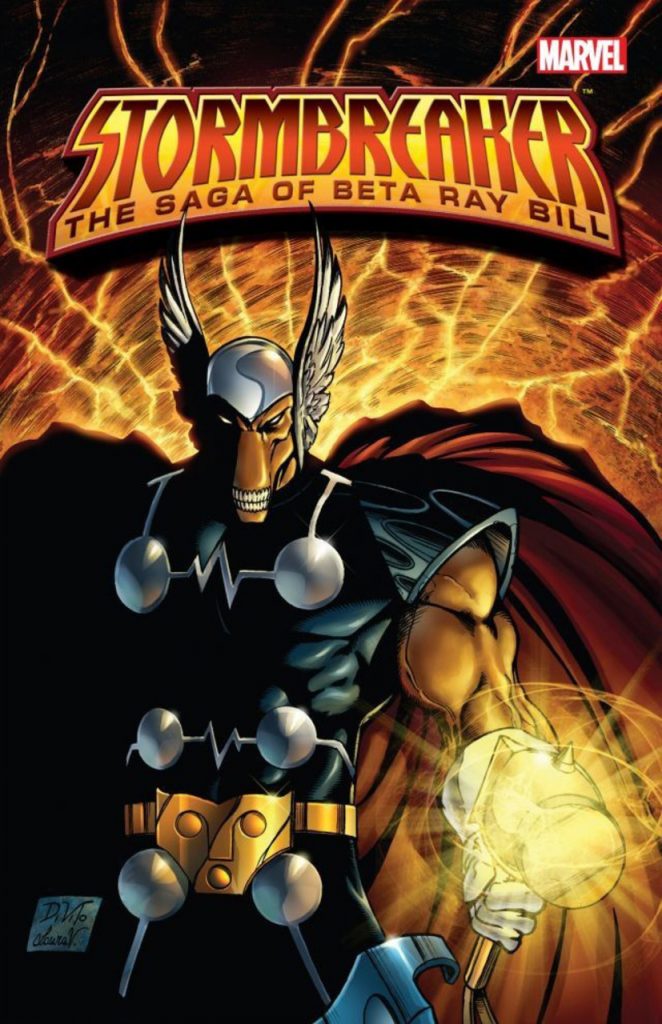 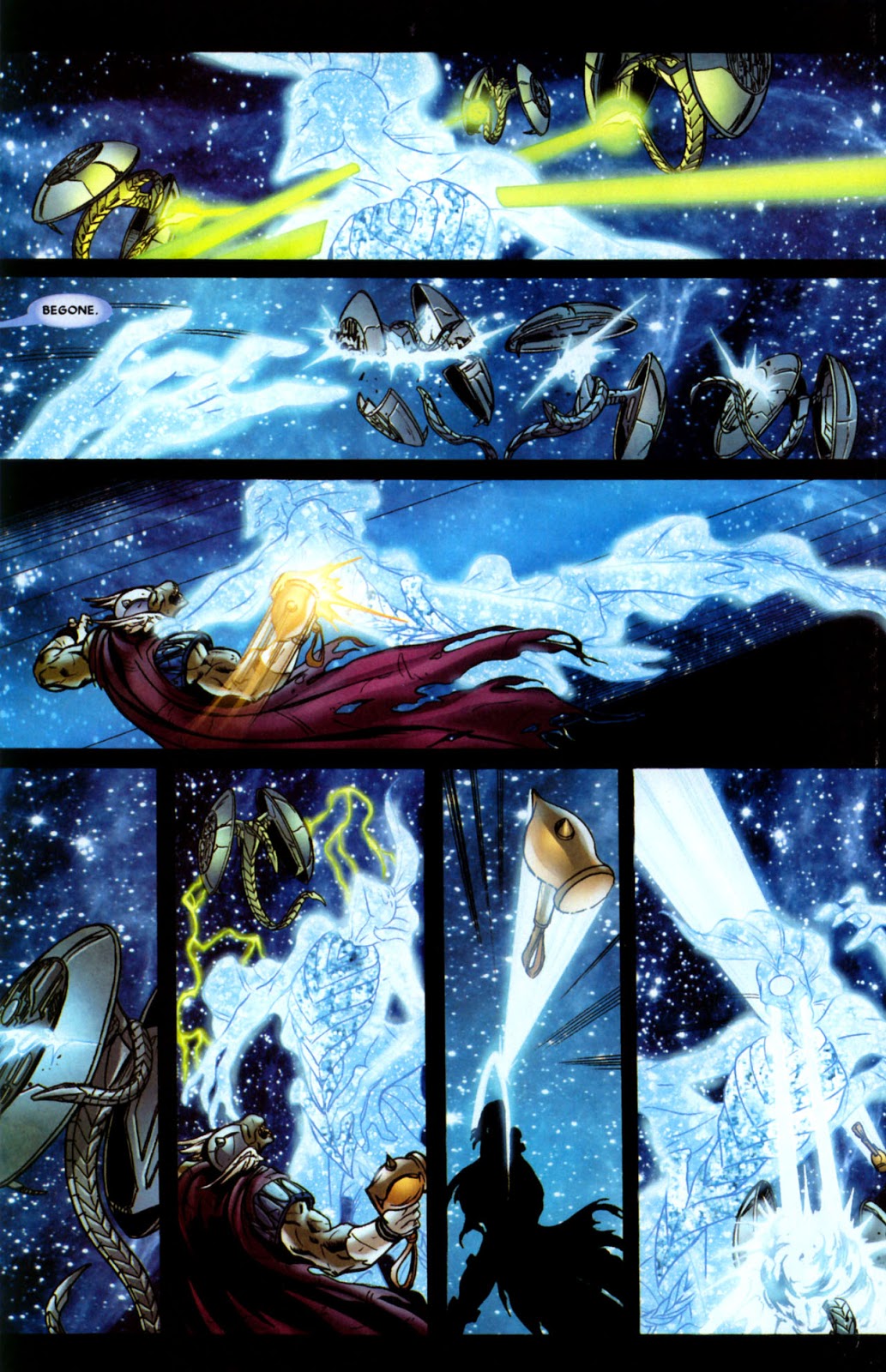 Before he became a substitute Thor, Beta Ray Bill had been empowered as the protector of the Korbinite race. In the present day there are rifts between their rulers, with some believing he spends too much time as Thor, and he’s absent when his people face a great threat. This is in the form of Ashta, one of their lost gods, and it’s capable of wiping out entire squadrons of armed battlecraft in an instant. The priests spreading dissent against Beta Ray Bill have a solution. They’ll set loose Alpha Ray Bill, a prototype who has the strength and fury, but who became mad during the process of transformation.

Writing collaborators Michael Avon Oeming and Dan Berman reveal early that Ashta is actually someone well know to Marvel readers, and they have an immensely powerful ally in Stardust, who’s able to go head to head with Beta Ray Bill. Stardust is an unpleasant being, arrogant in servitude and with a contempt for any thoughts of compassion or mercy, so an ideal villain, and for once Bill doesn’t have to hold back against someone whose purpose is to provide spectacular cinematic scenes of space combat. Andrea Di Vito supplies those widescreen moments astonishingly well, with power and grace, while colourist Laura Villari adds depth to the backgrounds.

Stormbreaker is named after the hammer Bill carries, and while the basic premise is sound, the pacing reduces the effect. The story opens by relaying a dire situation already in progress, providing all the necessary information for readers to jump straight in, but then makes the mistake of including lengthy flashback sequences leading to that moment. Stripping out those and a couple of other extraneous scenes and reducing Stormbreaker to four chapters would have resulted in a tidy enough story, but six incorporate unnecessarily dull sequences that slow the pace and contribute nothing.

A wild card is introduced halfway through, an ancient evil named Asteroth that sets the power limits off the scale, and from there Oeming and Berman ramble all over the place. We’re treated to the aftermath of Ragnarok in Asgard and a team-up with Spider-Man as Bill returns to Earth, now with a human alter-ego. The core is long lost, and so much comes across as pointless space filler. Perhaps there was a greater connection when read in combination with the contemporary issues of Thor. A chance to find out was provided when Stormbreaker was merged with two other Oeming Thor tales in Ragnaroks.