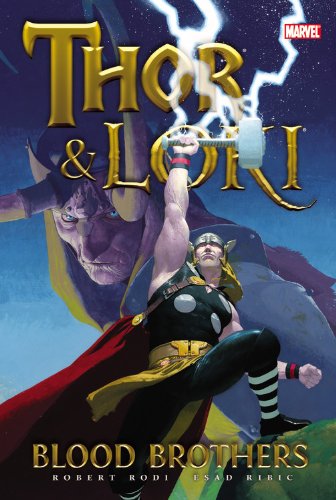 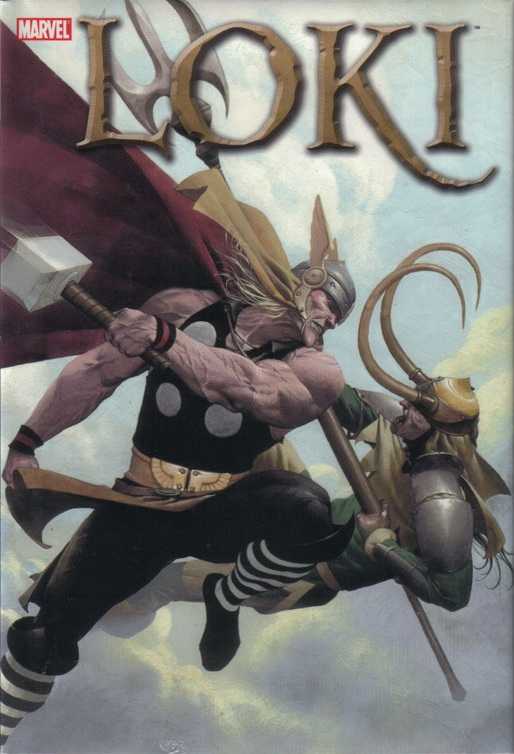 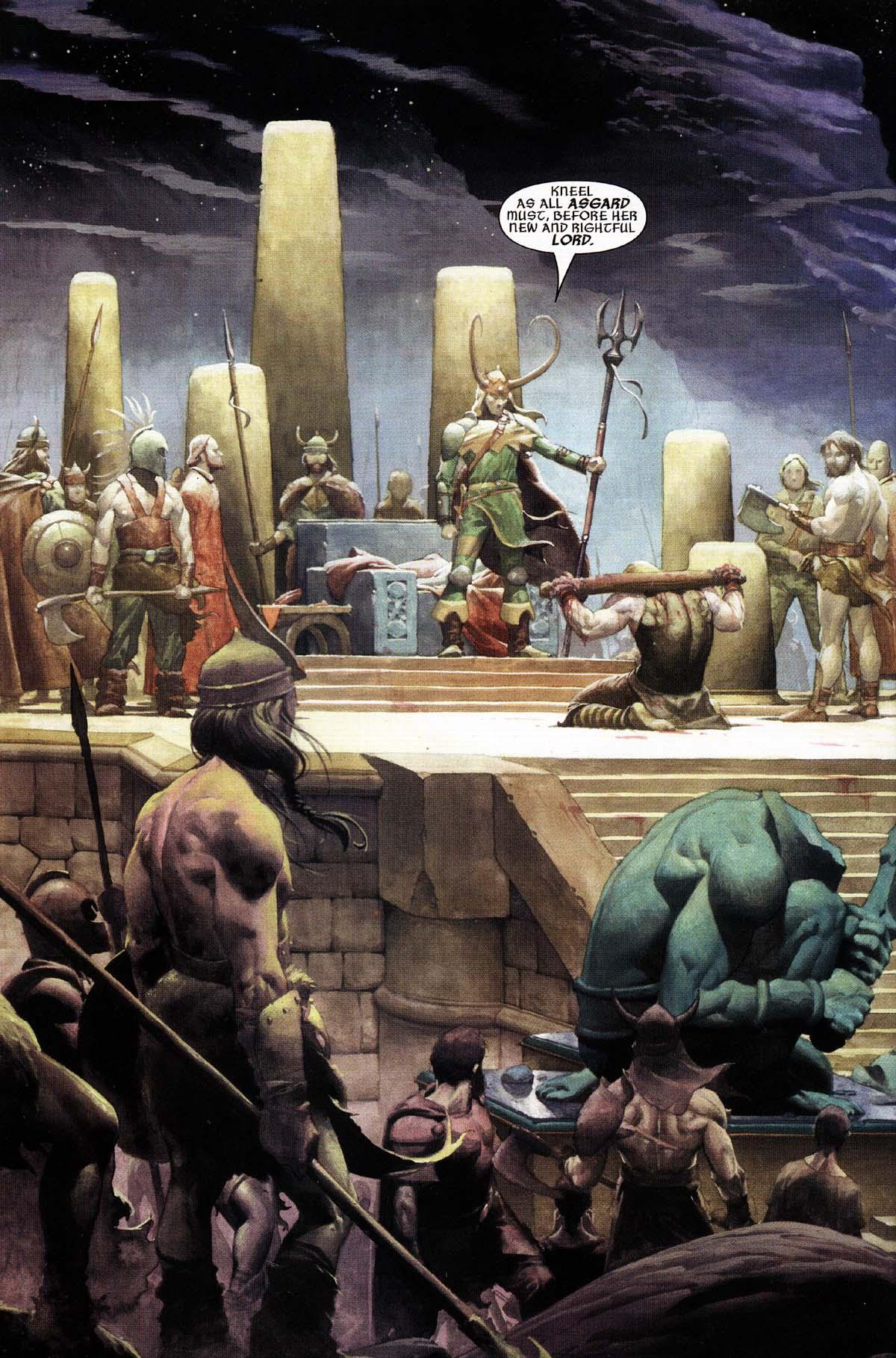 The abiding theme of Robert Rodi’s exploration of Thor’s seething half-brother is heavy being the head that wears the crown. It begins as Loki achieves his life’s ambition. With the aid of allies he’s conquered Asgard, had Thor kneel before him and thrown him into the dungeons, along with the remaining great and good of the gleaming city. It isn’t enough, however, as Loki strides around his barren castle and via a succession of visits and visitors reflects on what he perceives as past injustices, discovering victory can’t erase the festering voices from within, and the god of manipulation is all to easily seeded with doubts. It’s a clever concept with Shakespearean overtones, that of the tortured three-dimensional villain embodying evil, and Rodi introduces the meta-fictional element of Loki always being destined to lose due to what he represents in our minds. Certainly before Rodi Loki has never been examined in this sort of depth, yet by the conclusion it’s noted that Loki is what we make him, perhaps the reason he’s never been examined in such depth. Rodi’s points are well made, but in a character driven story that’s ponderous and which has little to leaven the mood or to entertain.

That leaves artist Esad Ribić as the star turn here. He creates a Loki more malevolent for his being portrayed as relatively ordinary, the ages having taken their toll, leaving a face creased and teeth missing, although one could assume it’s not beyond Loki’s ability to restore them. Ribić makes great use of costume, shadow and the vast cavernous throne room and dungeons with Loki’s distinctive horned helmet astutely painted. One of Rodi’s points is visually emphasised by Loki often being portrayed as dwarfed by his surroundings, which ties into the young son of a defeated enemy first brought to Asgard, but Ribić proves intuitive throughout, and this is some artistic achievement. Those interested in Ribić’s approach and having the curtain drawn back will find plenty of preliminary material in the back pages.

Thor does little to earn his star billing. Indeed the title story was previously just released as Loki, although with Thor also prominent on that cover. Perhaps mindful of this in a graphic novel reissued to coincide with the first Thor movie, there is the bonus feature of Stan Lee and Jack Kirby’s first Thor story in which Doctor Don Blake is transformed, holding little other than naive charm today. Better is events of Loki’s past being intriguingly reconfigured in a more recent extrapolation from J. Michael Straczynski and Olivier Coipel. That’s better read in context as part of Thor by J. Michael Straczynski volume two.

This story was adapted as an animated movie (see mechandise link).