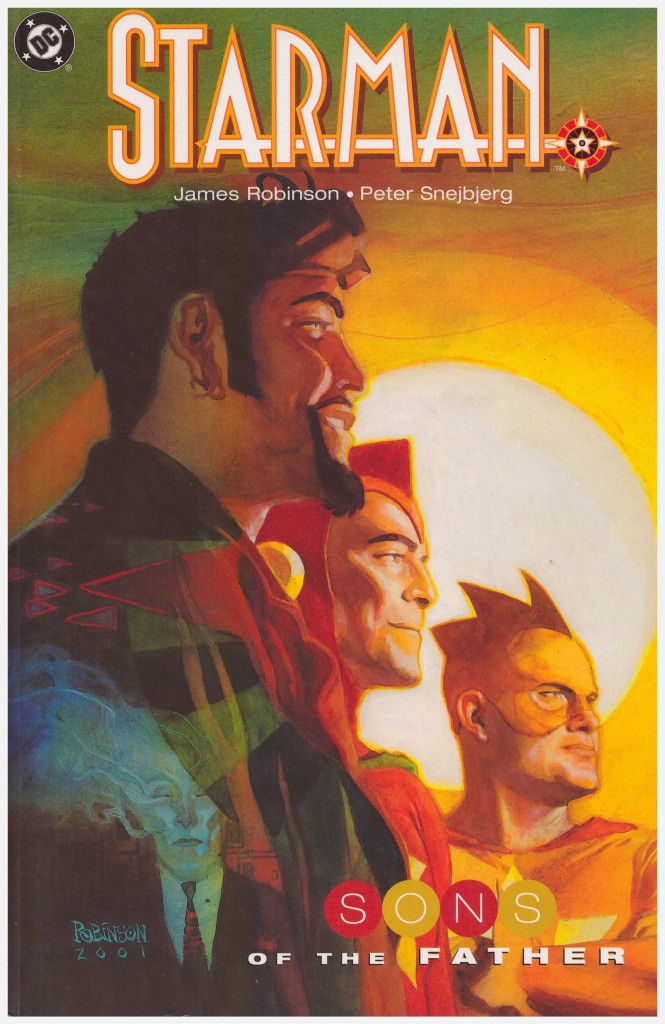 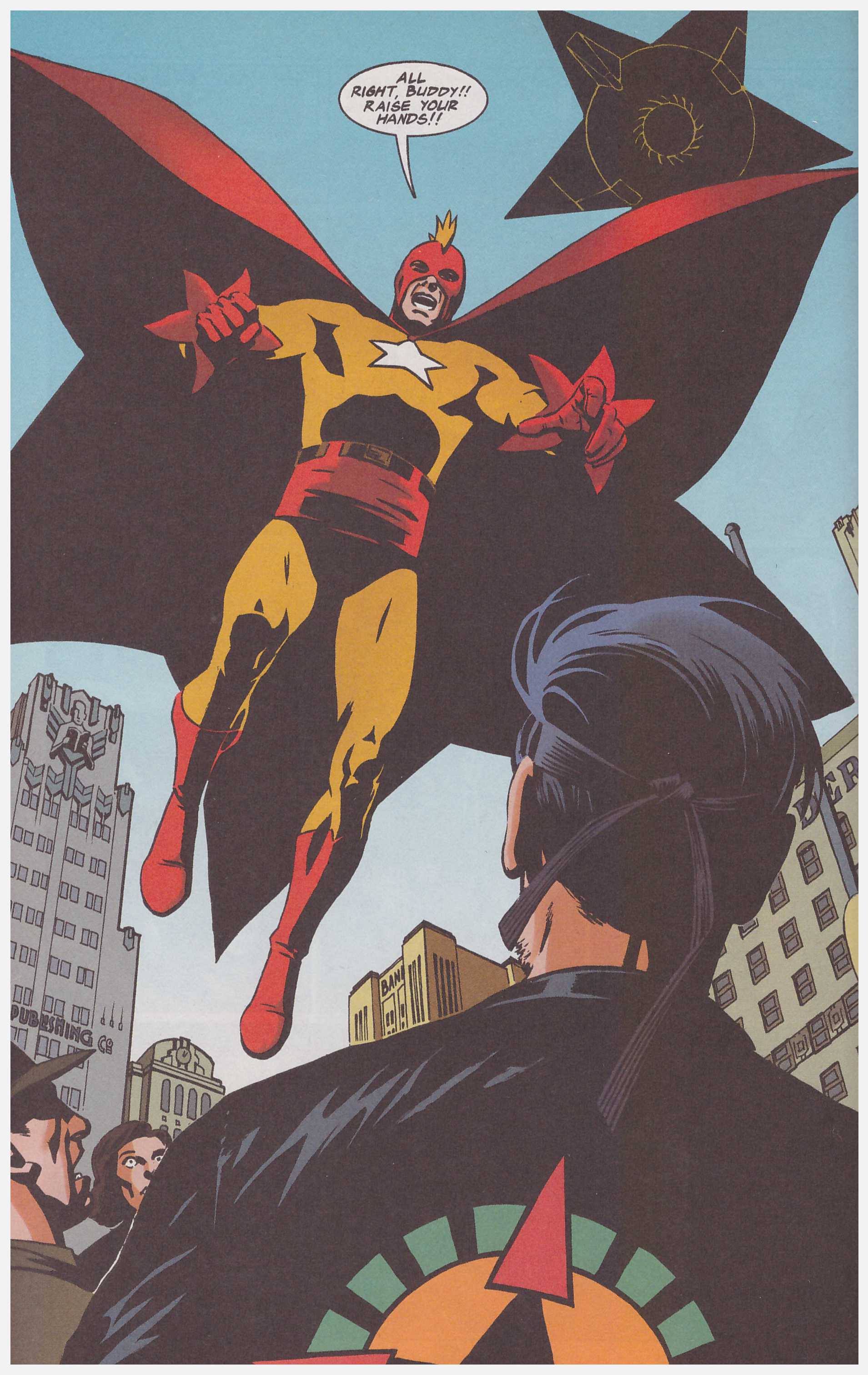 Relations between father and son have been at the heart of Starman, and very touchingly portrayed. Jack Knight has progressed from a reluctance to adopt the superheroic identity his father, Ted, established to inhabiting the role, with a glimpse at Jack from the days before the series began displaying an even more immature personality. The series now comes full circle with Jack a father himself, and with life-changing decisions to be made.

Superman stops by for the opening chapter, which is little other than a conversation focussing on the relationship between father and son, with Jack able to offer a unique perspective after his trip to space. A further lengthy conversation on the topic follows. Just who is watching the baby, you wonder, but that’s answered as well.

Grand Guignol explained several mysteries perpetuated through the series, and more secrets are rolled out here, not least how it has been that Jack’s brother has been manifesting throughout. Elements of this are a trick good enough to be filched for use with regard to a beloved character on Doctor Who in 2015, but in a rare lapse the involvement of DC master magician Doctor Fate comes across as a deus ex-machina convenience to those not familiar with him.

Throughout the series increasing hints have been dropped as to a previously unknown Starman who only operated in Opal City during 1951. In Sons of the Father we finally meet him, and as the cover shows, it’s not Jack Knight as we may have suspected. The title has a relevance here, as well as neatly echoing that of the first Starman collection. The past, so much a theme and obsession for Jack, here takes centre stage, as he’s able to live there for a while, and more, among friends. We see a new side to Ted Knight, previously hinted at, amid an encounter with the Mist, this sequence co-plotted by David Goyer.

The final chapter is an affecting valedictory piece for anyone who’s followed Jack Knight for any length of time. Decisions are made, as we stop in on anyone who’s counted and remains within Opal City.

Sons of the Father has been combined with Grand Guignol as the hardback Starman Omnibus 6. And that’s pretty well it for Jack Knight and his world. The Shade has returned since both in a single issue (included in the hardback) and a series written by Robinson collected separately, and his Justice League run featured Mikaal Tomas as Starman. There have been rumours that there’s one final Jack Knight story to tell, but nothing has emerged. Jack Knight hasn’t been seen since this closer, and it encloses the Starman series within a sort of bubble. Long may this persist. Jack’s story as told over ten paperbacks doesn’t require anyone else adding to it.