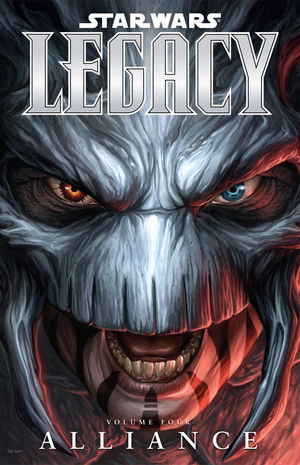 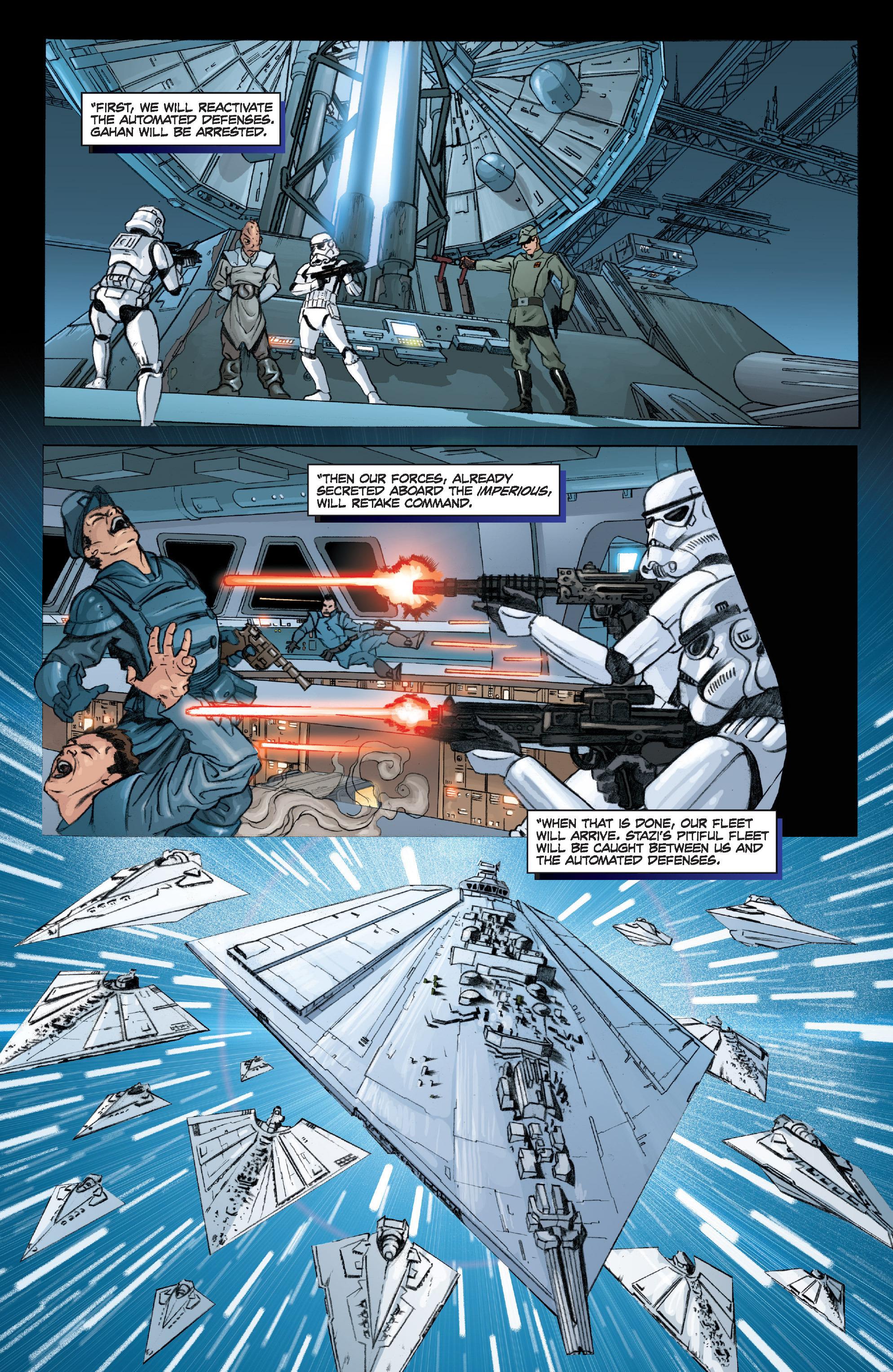 In this slim four chapter volume John Ostrander is in sole charge of the writing, and sidelines the Cade Skywalker plot in favour of glancing around some other players in the vast political scenario that’s been established.

In Claws of the Dragon Admiral Gar Stazi had been approached with a view to allying himself with the forces of deposed Emperor Roan Fel, but negotiations concluded prematurely amid a manipulated atmosphere of mistrust. The reason for Stazi’s high reputation is seen over a two chapter story illustrated by Omar Francia when there’s a chance to capture an Imperial starship. Everything appears in place. A high ranking Mon Calimari politician is co-operating and the starship appears vulnerable. Stazi, though, has previous experience of plots that appear too good to be true.

The events of that story play into the next with Darth Krayt on the rampage and ordering retribution on a merciless scale. Ostrander, though, plots deeper, and as horrifying as the genocide is, it appears there may be further cost, and the twist is that opponents of the Sith are responsible for what may happen to their allies.

The final chapter focuses on Darth Wyyrlok, one of only two Sith aware of Darth Krayt’s vulnerability. His efforts to stem that lead him to the forbidding territory of the Deep Core where his arrogance may have released a threat more dangerous than that he sought to placate. It’s an average story to conclude the weakest volume of Legacy to date, but as such very much an anomaly. The reason for the focus becomes clear as the series continues.

The Hidden Temple shifts the focus back to Cade Skywalker. That, this and Storms are collected in the smaller format hardcover Star Wars Legacy Omnibus volume two, more recently reprinted as the second volume of Marvel’s Epic Collection: Star Wars Legends – Legacy.