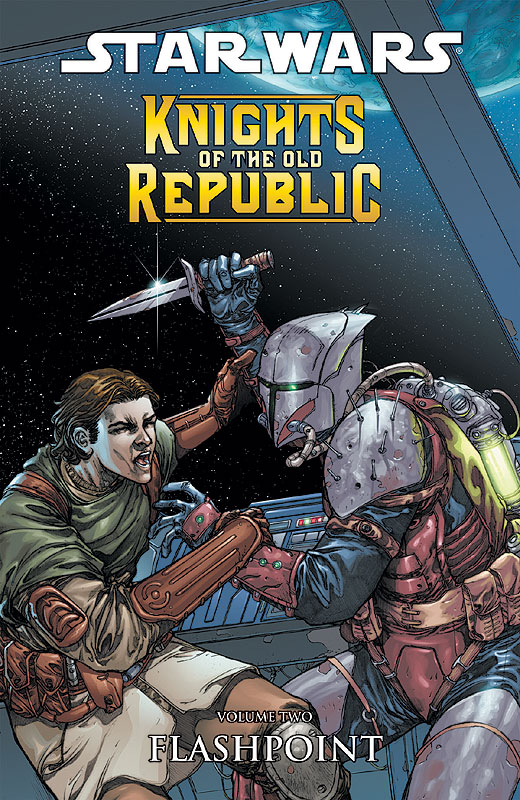 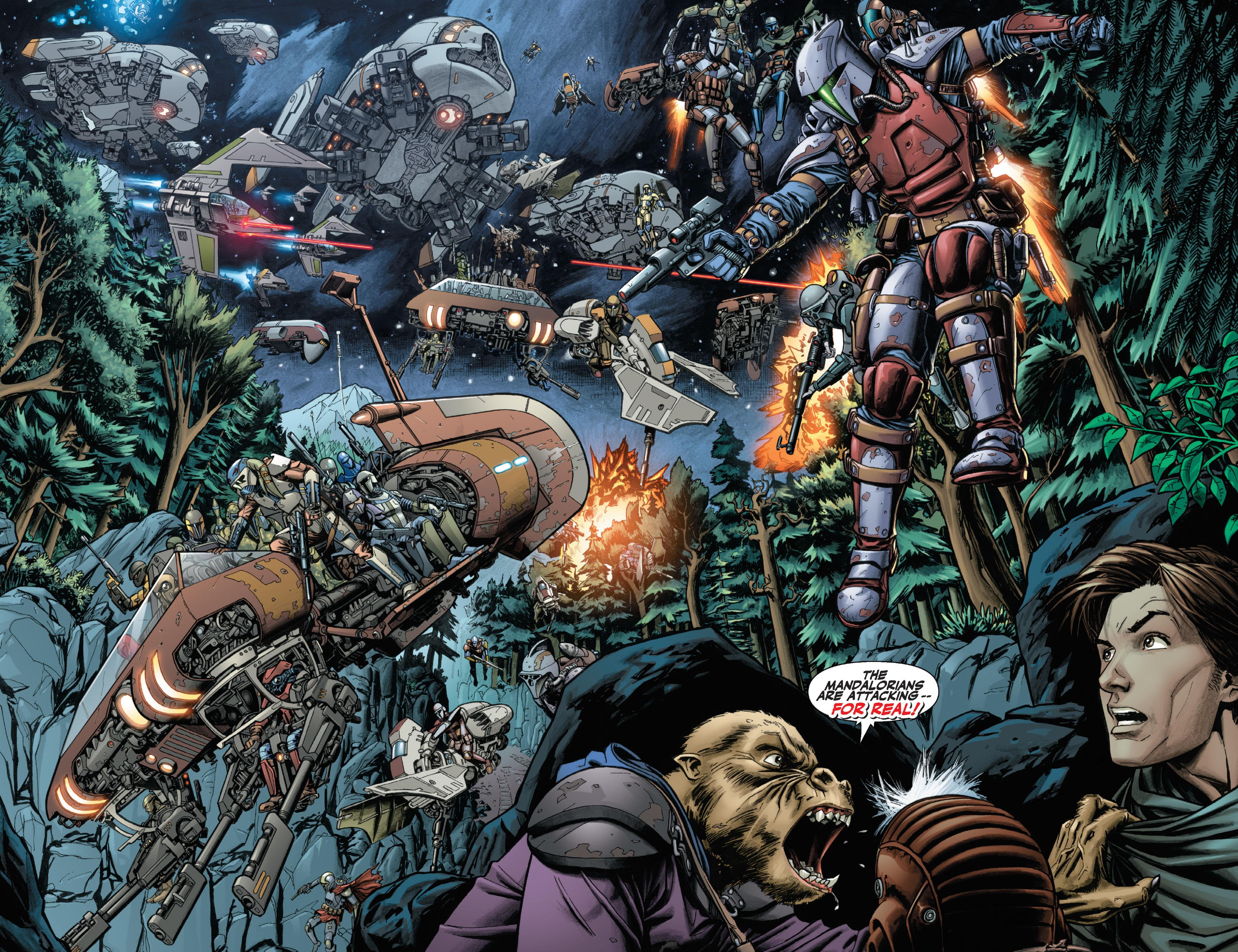 Zayne Carrick began Commencement as a trainee Jedi and ended it as a rebel with a cause, framed for killing his fellow trainees. The actual killers are the respected Jedi Knights who experienced a shared vision of the future in which one of trainees became a threat, but their exalted position is enough to put them beyond suspicion. Fortunately Zayne has found allies and a way off the planet.

The series takes place during the Republic’s war with the Mandalorians, and Flashpoint introduces them to the series. Along with them, John Jackson Miller brings a whole load of questions, not least why a war’s being fought in the first place, one never really answered in this series. Zayne’s primary concern, however, becomes how to rescue his colleague Jarael from a sadistic Mandalorian scientist experimenting on Jedi at the Flashpoint station.

Dustin Weaver’s sample spread should tell you everything you need to know about the art on the title story. He’s extraordinarily talented, determined to pack every scene with as much detail as possible and can go overboard, but it’s wonderful to see. It’s also very obviously work intensive, and results in a fill in chapter by Brian Ching looking at Jedi Lucien Draay, now back on Coruscant. Ching’s style is looser overall, but still extremely detailed, and his eye for composition is stronger than Weaver’s at this stage in their careers. Over two stories he has to design two different alien worlds, and both of them look amazing. Harvey Tolibao draws the final episode, almost a cross between the other artists. He has the tightness and detail of Weaver’s art, matched with Ching’s eye for design.

In Commencement Miller transparently used analogues for original Star Wars characters, and continues the pattern here to some extent before veering away, but also successfully transfers the lighthearted adventure mood of those stories. There is considerable danger, but never any sense it’s going to be fatal for anyone who doesn’t deserve it. Because Miller was writing the series in 2006 there were plenty of other species introduced in the films, and he makes good use of them in a period long before that era, at the time a relative novelty. Beyond the interlude, a further story, ‘Reunion’ concerns Glyph attempting to free funds from a locked bank account and the complications that ensue. This is light comedy, and Miller handles that well also, but ends it with information that feeds into his bigger story and a touching final scene.

Miller’s characters slot very nicely into the roles they have to play, and Flashpoint proves he’s got ideas and a long term plan. That continues in Days of Fear, Nights of Anger, but the first three Knights of the Old Republic collections are now combined in volume one of Star Wars Legends: The Old Republic.