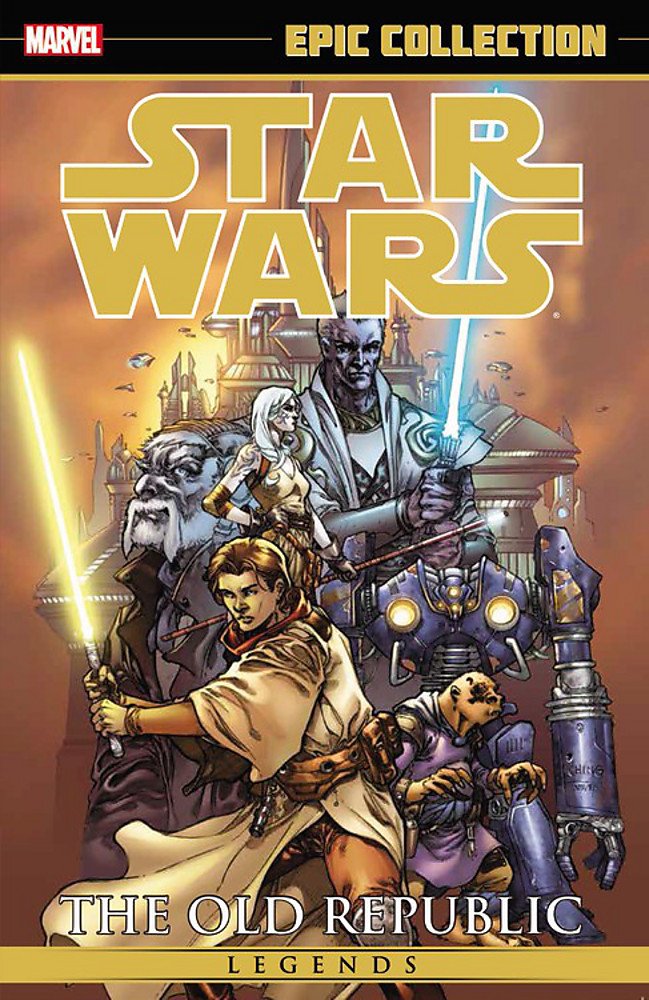 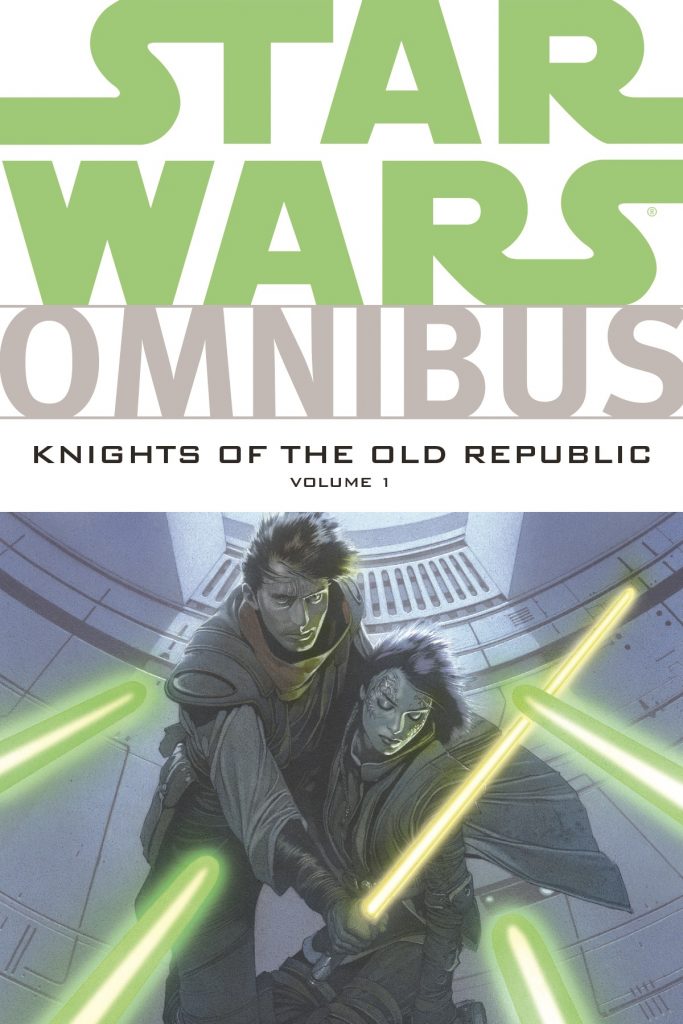 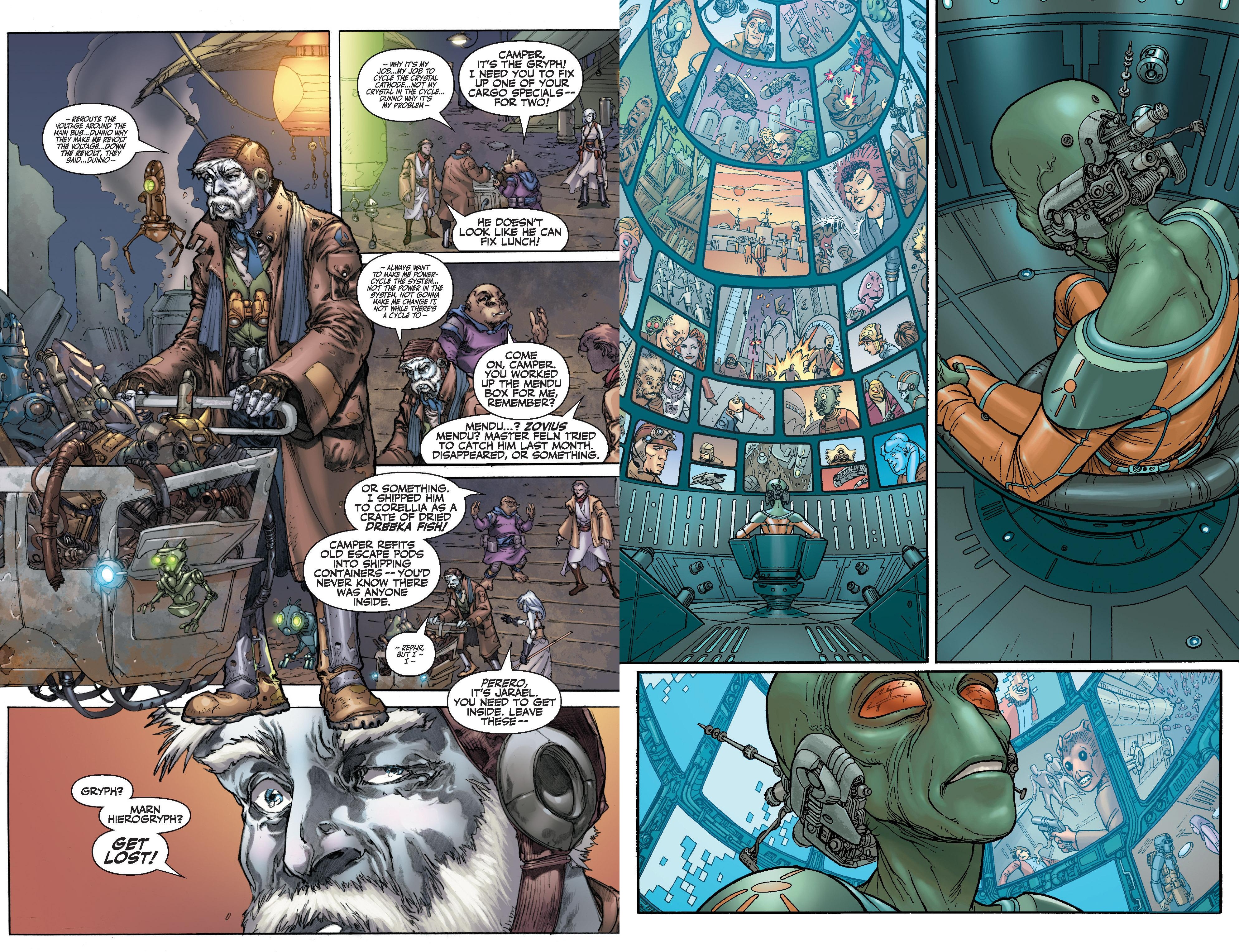 This value for money collection reprints what were previously the opening three volumes of the Knights of the Old Republic series when Dark Horse held the Star Wars licence, Commencement, Flashpoint and Days of Fear, Nights of Anger.

An opportunity to read over four hundred pages in a single volume reveals just how clever John Jackson Miller’s plotting is. He starts in microcosm, relating what seems a nonsensical encounter between two characters, our sympathies drawn toward Jedi trainee Zayne Carrick, well intentioned, but plagued by bad luck. His continual incompetence puzzles both his fellow trainees and the Jedi Knights training him. It’s a gradual process, but by the end of the book Miller has expanded the cast members followed to just under a dozen, with several more having significant roles that will expand in volume two. This is against a background of a war between the Republic and the Mandalorians, with some Jedis fearing a return of the Sith, despite their apparent defeat thirty years previously, all in an era four thousand years before Luke Skywalker.

Miller’s not above little jokes on his audience either. Seven episodes in it seems he’s assembled a rebel crew not very far removed from the leading figures of A New Hope, but then diverges considerably from that formula. Nearly every character introduced is of value and interesting, and with the space to do so we learn that other than those whose role is as one note joke, everyone has an interesting past or unrevealed talents. Similarly, unless intended as out and out villains, almost everyone has likeable qualities, making it very easy to sympathise with them.

It helps any series when the art is shared between three very good artists. Brian Ching (sample art left page) is already the full monty, Dustin Weaver (sample art right page) rapidly achieves that, and while Harvey Tolibao has some problems with his figures and giving them weight, he’s equally imaginative. All three can lay out a spectacular looking page, design a convincing alien environment and give their characters a personality. All three artists also cope well with the changes of mood.

There are many admirable aspects about Miller’s writing. He defines his cast and their motivations extremely well, can supply effective comedy and adventure, but also some horrific events in what’s generally a lighthearted story. It happens early enough that it’s not a spoiler to disclose Zayne’s status rapidly deteriorates due to his being framed for murdering his fellow trainees. The identity of the true killers opens a plot unresolved in this collection, one of ethical boundaries and the road to hell being paved with good intentions alongside appalling sacrifices, yet this sits comfortably alongside a fiasco of an abduction by a pair of idiot Ithorians.

If you want a Star Wars story in which every episode adds to the bigger picture while serving up thrills and light comedy, something you can be absorbed with for the long haul, then The Old Republic is the series for you. Don’t expect any connection to the video game, though. This collection was previously issued by Dark Horse as Star Wars Omnibus: Knights of the Old Republic Volume One. 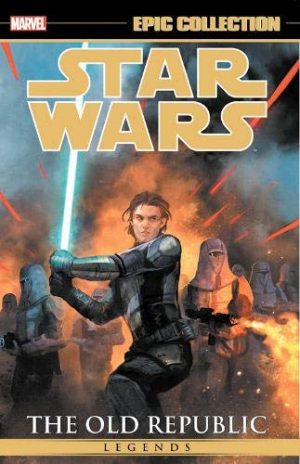