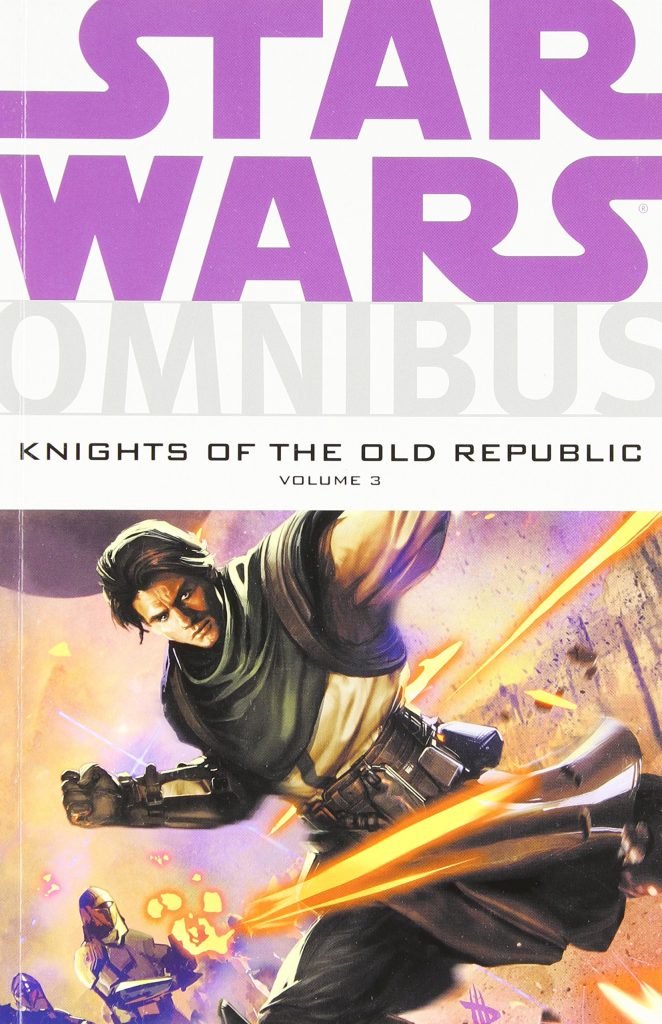 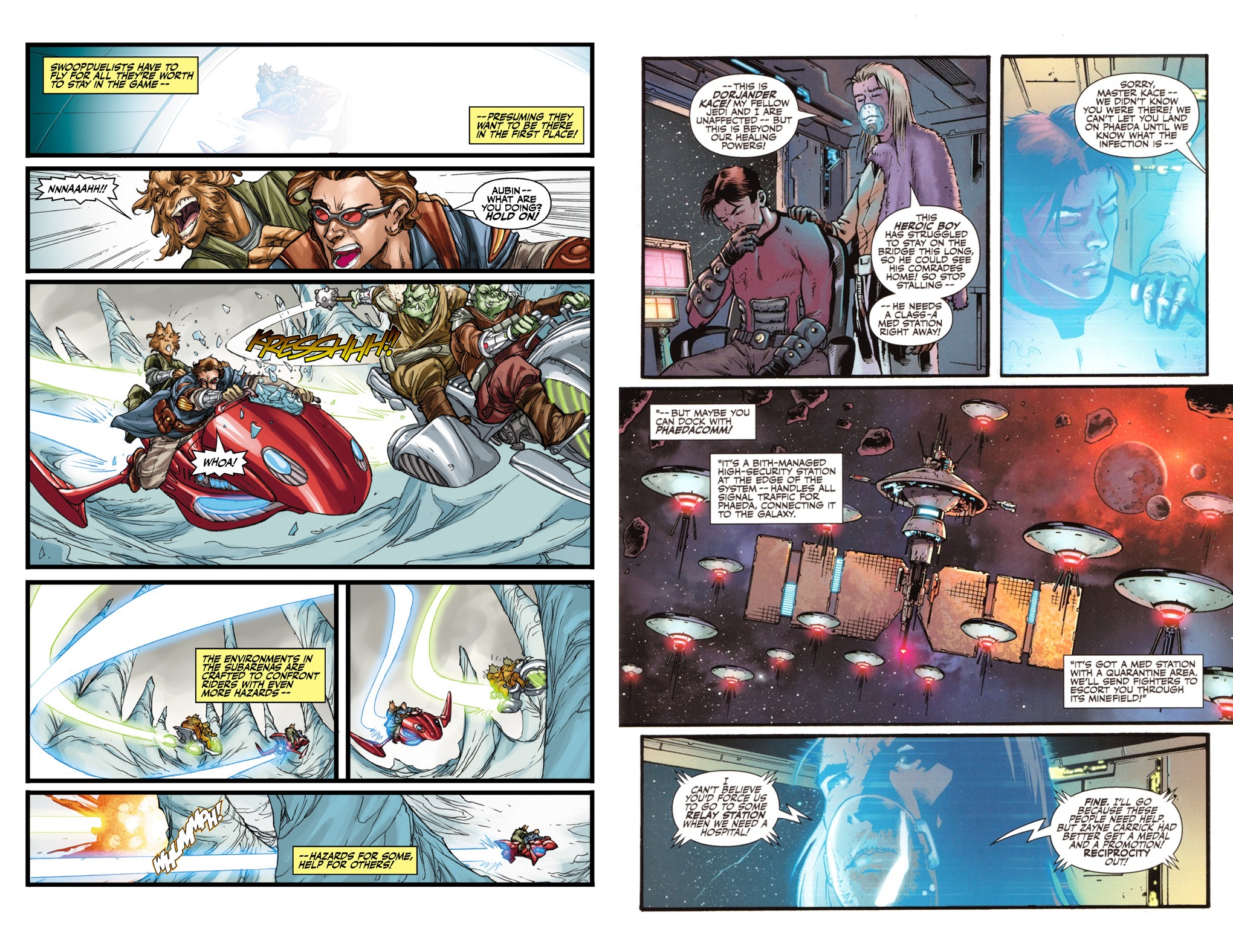 The end of the previous collection drew to a close the plot thread of former Jedi trainee Zayne Carrick being considered an outlaw and wanted by the Jedi for murdering his fellow students. As this had motivated much of the series, it leaves Zayne and company drifting initially, with stories providing okay Star Wars adventures without any great emotional undercurrent. That changes when John Jackson Miller begins to answer the last great remaining unknown of the series, delving into Jarael’s past, who she is, what she’s done, and what her possible connection with the force might be. It offers Zayne a new crusade, and puts several cast members through the emotional wringer. John Jackson Miller also drops a couple of fantastic plot bombs, one a secret concealed since the earliest days of Zayne’s adventures, yet foreshadowed for a long time.

Once the decks have been cleared for Jarael and associated characters, Miller switches the tone of the series entirely, addressing what’s been the background all along. Knights of the Old Empire takes place with the Republic at war with the Mandalorians, and the ‘War’ segment of this collection drops Zayne into the front lines. It’s not nearly as successful, the underlying ideology and motivations not withstanding much scrutiny, and there’s also a feeling that with the exception of a couple of incidents requiring someone attuned to the force, the story could have been set around any pacifist.

Brian Ching designed the series look and cast, and draws more of this collection than any other artist. His loose pencils are an evolving style, and by the ‘Destroyer’ segment he’s evolved Zayne into a peculiar cartoon exaggeration, thankfully curtailed thereafter. Otherwise, he’s as polished as he has been since the start, enjoying himself most on a story about the corruption of organised sport (sample art left page). While ‘War’ isn’t the most successful plot, Andrea Mutti’s deliberately grubby technology and worn faces are ideally suited to the environment (sample art right page). Bong Dazo’s pages also sparkle, packed with detail and action, and while Ron Chan and Dean Zachary only illustrate single chapters they both capture the tone.

This Omnibus is a mixed proposition. Its best segment is Miller drawing all his plot threads together in ‘Demon’, and that’s as good as anything earlier in the series, but around half the book doesn’t come anywhere near that standard. It’s never poor, but does dip to average, making this the weakest of the Old Republic editions. If preferred, this was previously available from Dark Horse as Star Wars: Knights of the Old Republic Omnibus Volume Three, or if you just want the better segments, from Dark Horse as individual Knights of the Old Republic collections Duelling Ambition, Destroyer, Demon and War.