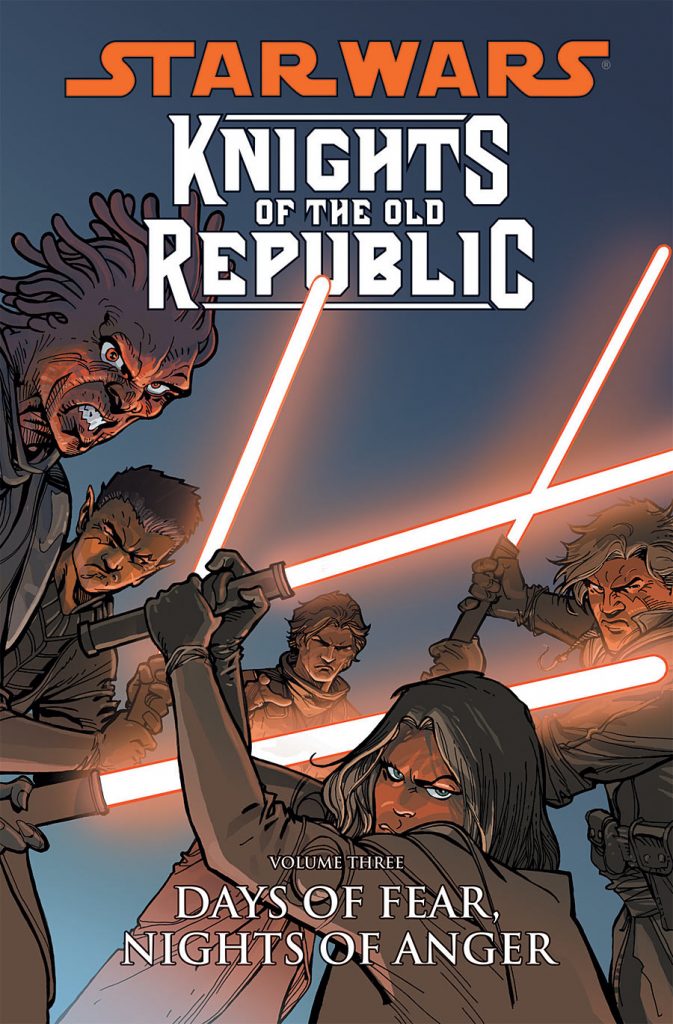 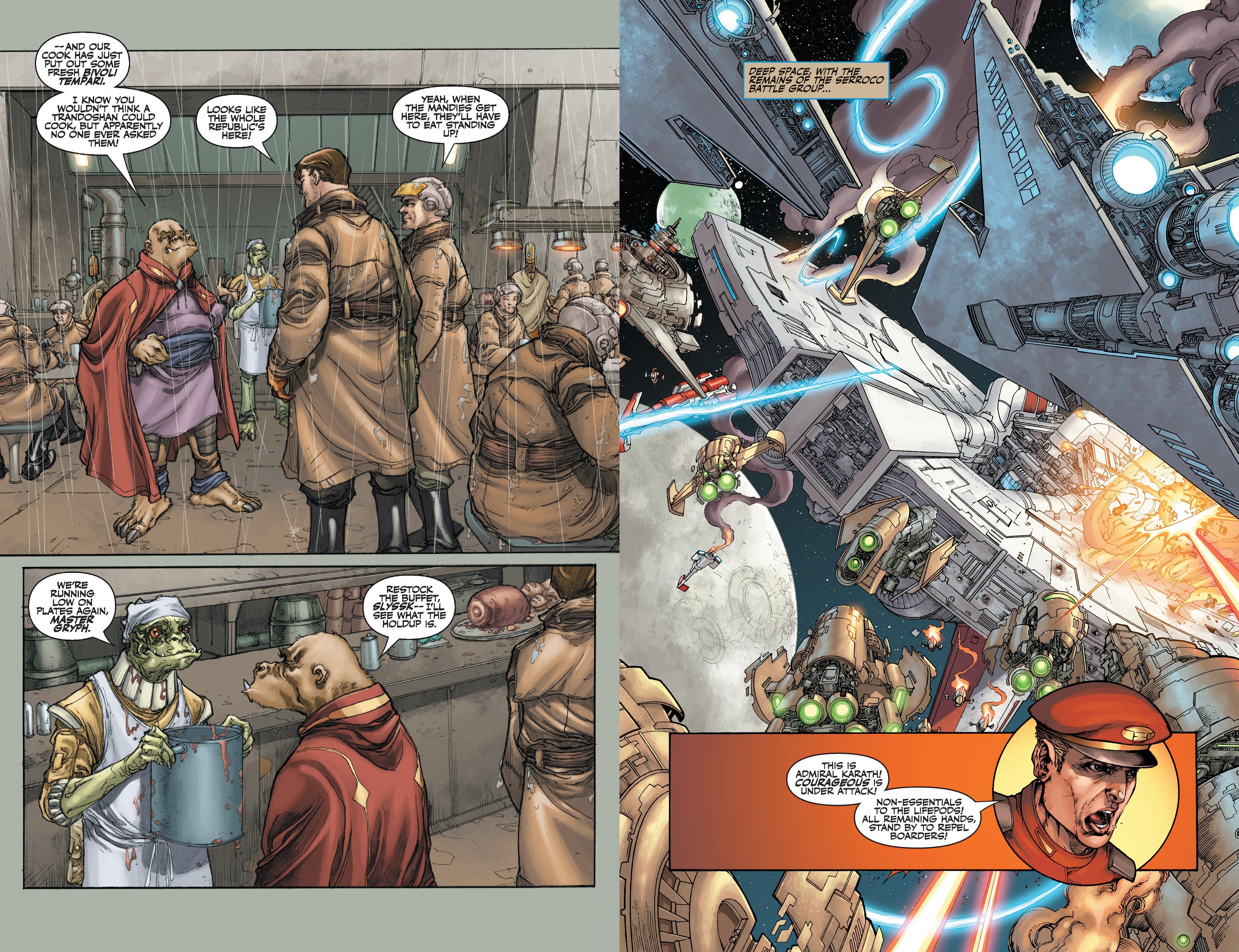 Since circumstances forced his flight from Taris, no longer a Jedi trainee, Zayne Carrick has found several capable allies who’ve stuck with him as he plans to clear his name. At least that was the case, but John Jackson Miller splits his cast into two to begin Days of Fear, Nights of Anger. The background of the Republic at war with the Mandalorians has a greater relevance than in previous volumes as a direct confrontation occurs for the first time in the series.

From the start Miller has included cameos, characters who’re slotted in neatly enough for a page or two, seemingly with no further purpose, but that’s not always the case. Admiral Karth was seen in Flashpoint, a wonderfully arrogant and self-assured military commander determined to track Zayne down, possessing a closed mind that’s completely misguided. Miller also exploits the humour of incompetence well, adding a new idiot to the cast, as he starts exploring the fellow travellers who’ve so far remained a mystery. We know Jarael and Camper are from the same race, that they’re both hiding, from different threats, and Miller now takes Jarael to a homeworld she’s never previously visited, dropping her right in trouble. Zayne’s predicament is equally dicey.

Miller is again blessed by having three very good artists working on his stories. Brian Ching (sample art left page), Harvey Tolibao (sample art right) and Dustin Weaver all revel in the creation of alien locations, with Tolibao’s people slightly weaker than Ching and Weaver, sometimes not having a great feeling of weight to them. This isn’t to the point of distraction, and all the art impresses. Weaver’s opening page is a stunner.

After three volumes the extent of Miller’s plotting is revealed as deep and long term. He began by focussing on a small group, gradually expanding both the cast and the focus, and it’s now apparent that almost anyone seen who survives will have a role going forward. They’re not always on stage, but Miller’s now following well over a dozen people, dropping back in on them singly, in pairs or in groups,

The fates of all characters are left hanging in the final pages, some more aware of a bigger picture than others, and the story continues in Daze of Hate, Knights of Suffering. As this is an ongoing plot, this content may be better read alongside the previous two volumes in volume one of Star Wars Legends: The Old Republic.