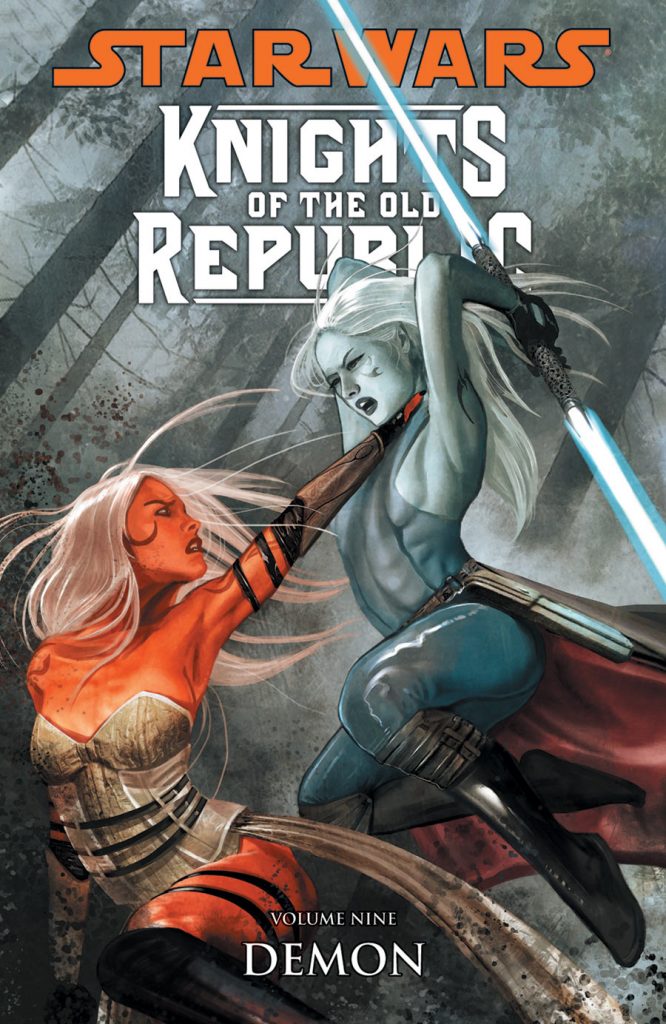 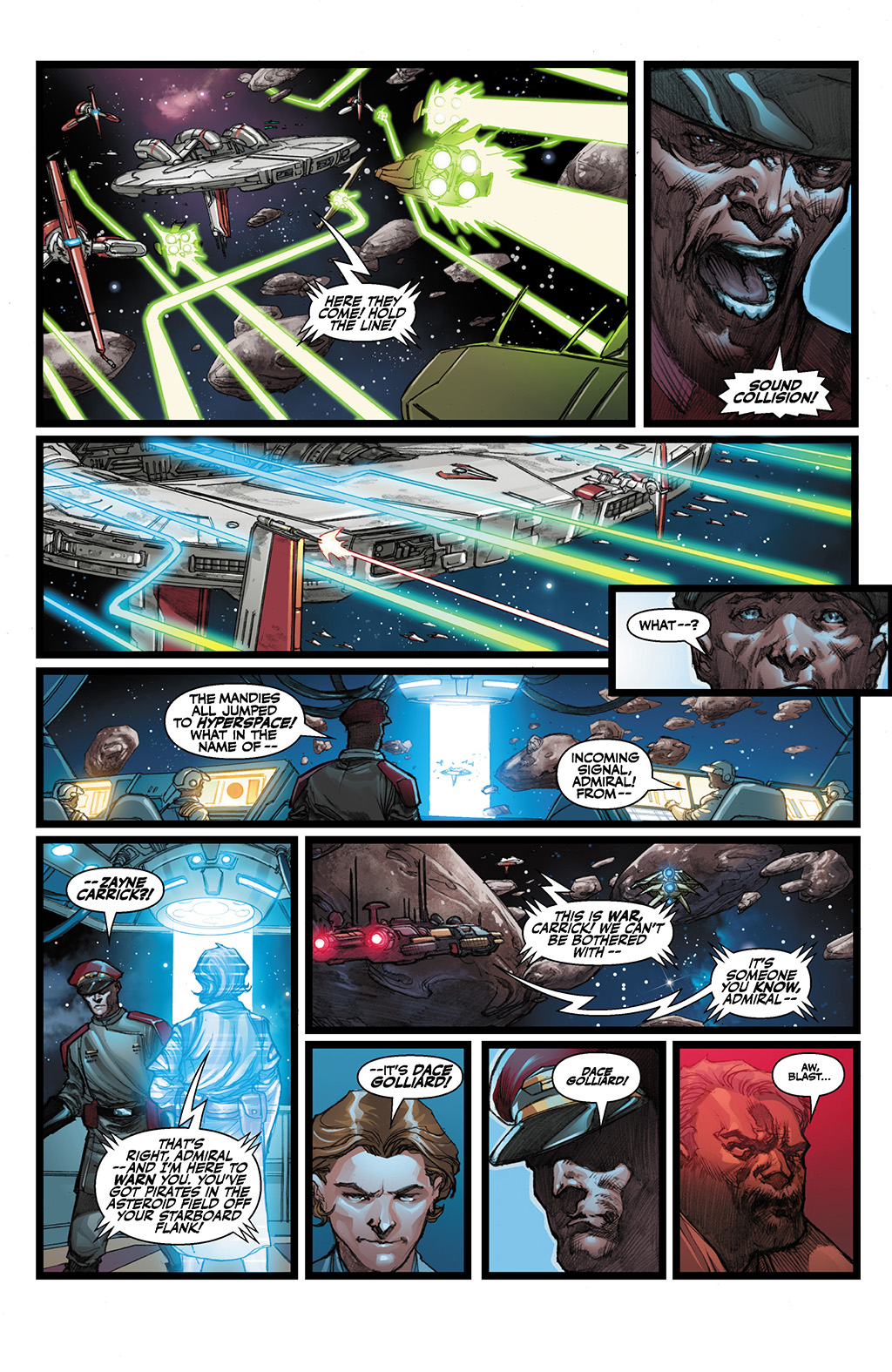 It seems a long time ago that Mandalorian torturer Demagol was defeated by then wanted Zayne Carrick and brought unconscious to Coruscant, home of the Jedi. See the details in Flashpoint. He’s now come out of his coma, and is being taken to trial. Or is he? Midway through the opening chapter John Jackson Miller drops a plot bomb he’s been keeping for six volumes, and it upends everything we’ve taken for granted about a member of Zayne’s crew. Rohlan in fact. It’s great, and Miller underlines scenes from the past reinforcing how he’s fooled everyone. Good on him.

Miller and artist Brian Ching pack a lot into four episodes, giving not just the back story of a couple of leading characters, but a thrilling action adventure in which Zayne once again appears to be on the wrong side of the law. It very cleverly ties into the schism that occurred with Jarael to conclude Destroyer, picks up on other plot threads that might have been assumed to have been discarded, and involves many of the people we’ve seen in earlier books. In fact almost no-one of note present earlier in the series is missing, and better still, even if only a cameo, they all have a pivotal part in making the plot pull together. ‘Demon’ is one of those stories where by halfway so many plots have been set running on such a scale that there’s surely no way it can all be finished off in the pages remaining. It can, and very pleasingly.

Ching began the series, and it’s only fitting he completes it in his flowing style. There’s one hell of a lot of emotions in play, and Ching’s diligence ensures we’re provided with the full range, while also supplying great action scenes. A notable aspect of his earlier work has been spectacular locations, but there’s no real need for them here, which is a shame. On the plus reckoning, he’s toned back on the exaggerated cartoon features for Demon, and the art looks better for it.

Demon neatly ties up everything we need to know about Zayne, Jareal and Rohlan, with Miller also explaining what type of Jedi Zayne is, and the unique way he interacts with the force. While there’s not much more to learn about Glyph, there are some fine scenes where he’s himself, and he also draws Zayne out. The entire series can be seen as a science fiction version of the coming of age story, as the assured Zayne that ends Demon has progressed considerably from the naive Zayne that began Commencement, and as such it’s been very successful, entertainingly matching the expected Star Wars mood.

There is a final outing for Knights of the Old Republic, War, also written by Miller, continuing Zayne’s story as Miller delves more directly into the war between the Republic and the Mandalorians.

In the fullness of time a final volume of Marvel’s Old Republic Epic Collections will combine Demon with Destroyer and War, but until then that content is found as the also out of print Star Wars Omnibus: Knights of the Old Republic Volume Three. 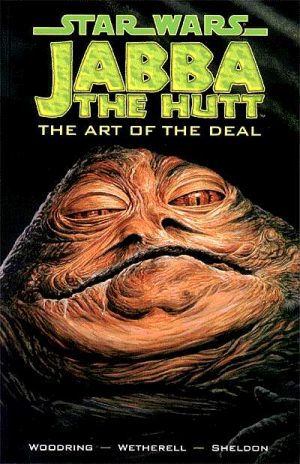 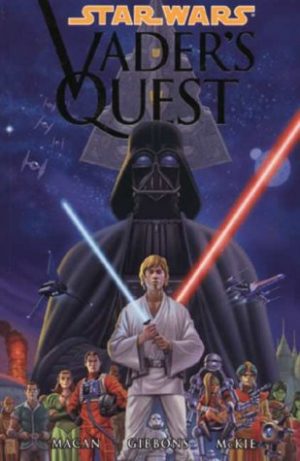