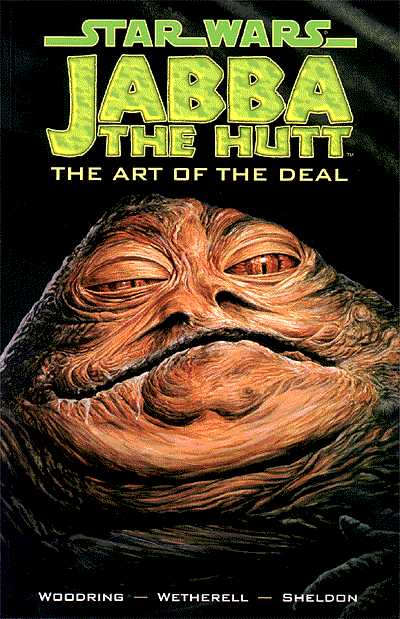 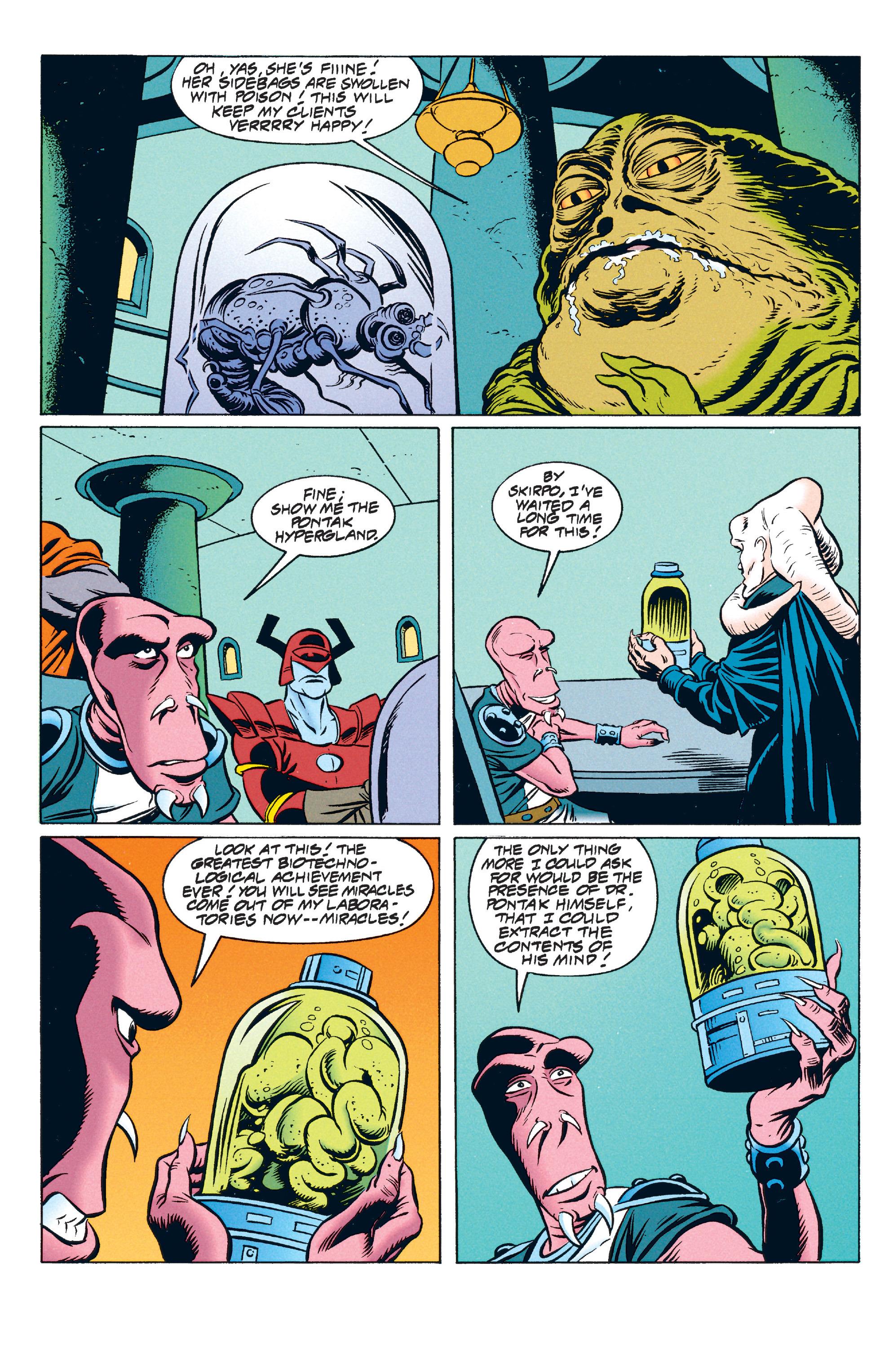 This gathers four stories of the alien criminal mastermind produced during the mid-1990s by Jim Woodring and Art Wetherell. Now long out of print in physical form, digital editions are available.

‘The Gaar Suppoon Hit’ is 23 pages of Jabba sitting across the table from another gangster negotiating a deal. It doesn’t sound very entertaining when described as such, but it’s surprisingly tense. Each party has something the other desires, each both respects and despises the other, and each believes their trickery and guile will win the day.

‘The Hunger of Princess Nampi’ sees Jabba meet an even more bloated and cunning version of himself. The obsequious and untrustworthy second in command Scuppa acts as go-between, and this time the tension is generated by whether or not he’s acting on his own behalf.

‘The Dynasty Trap’ concerns Jabba’s attempts to strike a deal for a spacecraft he’s acquired with Cabrool Nuum, but Nuum has become rather unhinged since the death of his wife, and matters don’t go as planned.

‘Betrayal’ sees Bib Fortuna take a far larger role than in the previous stories, scheming to overthrow Jabba and acquire his wealth in return for the indignities he’s suffered over the years. The tone of the series has now been established, though, and once again, matters don’t go to plan. This is the weakest of the four stories, with very little about it unpredictable.

Rather than Star Wars, these strips resemble the eccentric 2000AD material of John Wagner and Alan Grant at their comedy best during the 1980s. Woodring ensures there’s a viable threat, but in the manner of the 2000AD strips, it’s never quite enough to better Jabba, even if he’s temporarily inconvenienced. He’s a wily old villain able to extricate himself from almost any situation. Wetherell’s simple art serves the stories well in most cases, but there are occasions when he fails to make the most of the opportunities the scripts provide him. One finale calls for a particularly disgusting sequence, and Wetherell rather undersells the scene, and the aliens he designs look very old-fashioned alongside the creations from the movies.

As all four stories are now collected along with other Jabba appearances and plenty more Star Wars comedy material in the second Star Wars Wild Space Omnibus, that’s probably a better bet.