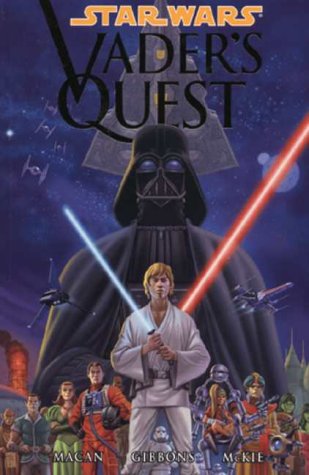 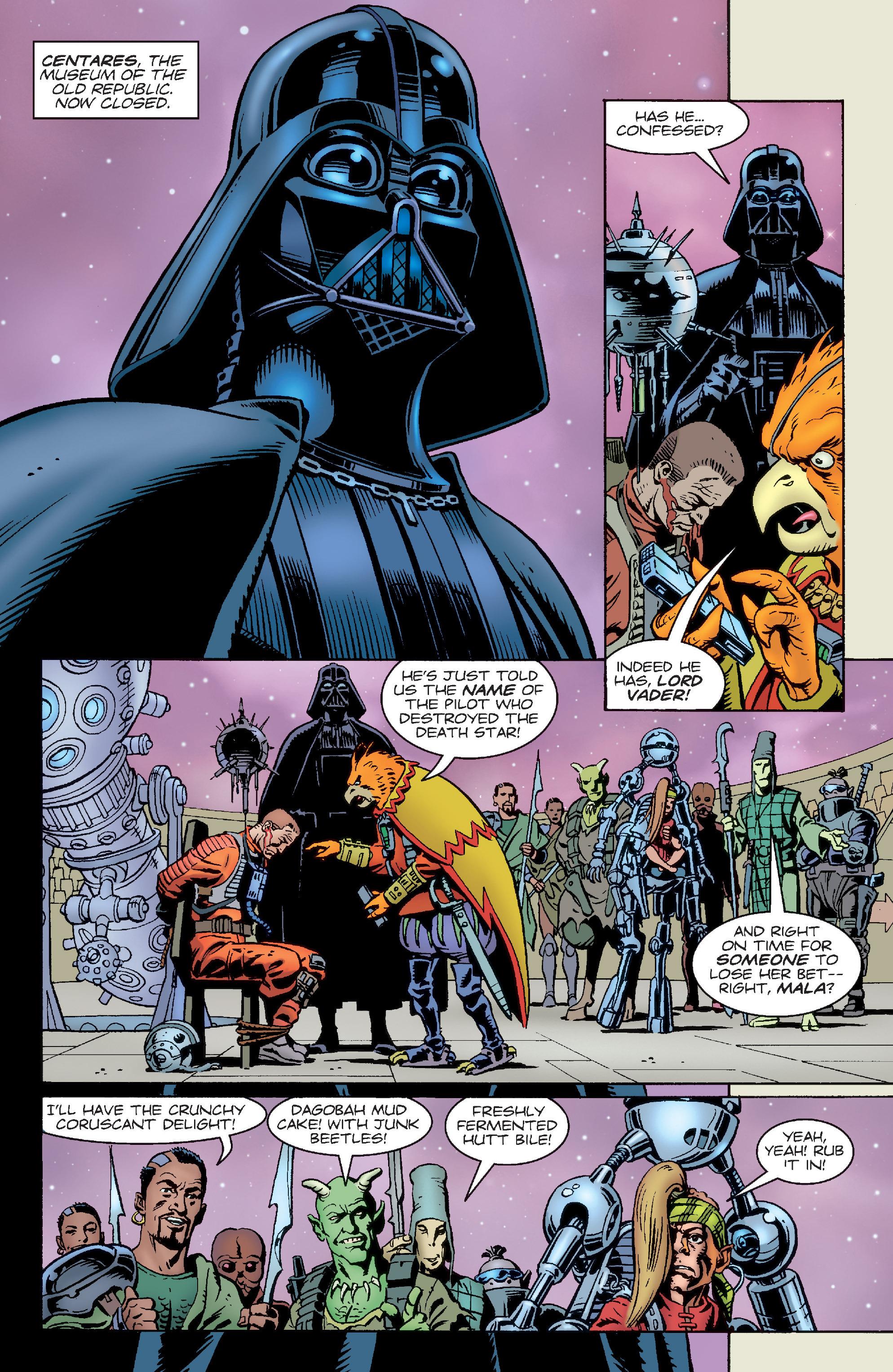 Vader’s Quest occurs not long after the Death Star has been destroyed, so Darth Vader is not a happy man. His mood isn’t lightened by learning the pilot of the craft responsible is named Skywalker. In the rebel camp things aren’t running smoothly either, with an experienced fighter pilot named Jal overcome with jealously that Luke destroyed the Death Star while he was ill, and flouncing out to sink his sorrows on a distant planet. At the same time Luke himself is attempting to sway a planet from supporting the Empire to joining the rebellion. The ruler could be persuaded if only Luke can take a solo mission to retrieve his abducted daughter.

The wonder of Vader’s Quest is page after page of stupendous Dave Gibbons art. From the opening page (see sample) he packs his work with incidental detail that sells the idea of a crowded bar or market place, and supplies great versions of the Star Wars hardware and craft when needed. He can’t just rely on established designs throughout, and his signature creation is a form of primitive robot that breaks down into viable smaller components.

While the art is wonderful, it’s sadly in service of a mediocre script. Darko Macan’s plot just about works, although in predictable and sometimes derivative fashion, but it’s his handle on the characters that lets him down. There’s no subtlety about the way everyone is presented in very exaggerated or gullible fashion. Jal is the worst offender, to begin with so over the top it’s not a great leap to imagine Nicolas Cage taking the movie role, but we also have a boastful Luke Skywalker and several others whose behaviour changes mid-story. Moments intended as funny fall flat, and while everything pulls together for a spirited finale you’ll see coming, Gibbons would have been better drawing someone else’s tale. His polish raises Vader’s Quest to average.

Vader’s Quest can also be found in the Early Victories Omnibus along with several other tales set in the period after the 1978 Star Wars film, but before the Empire was overthrown.