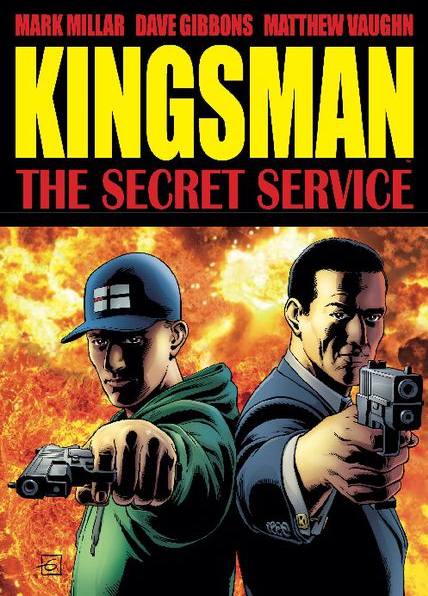 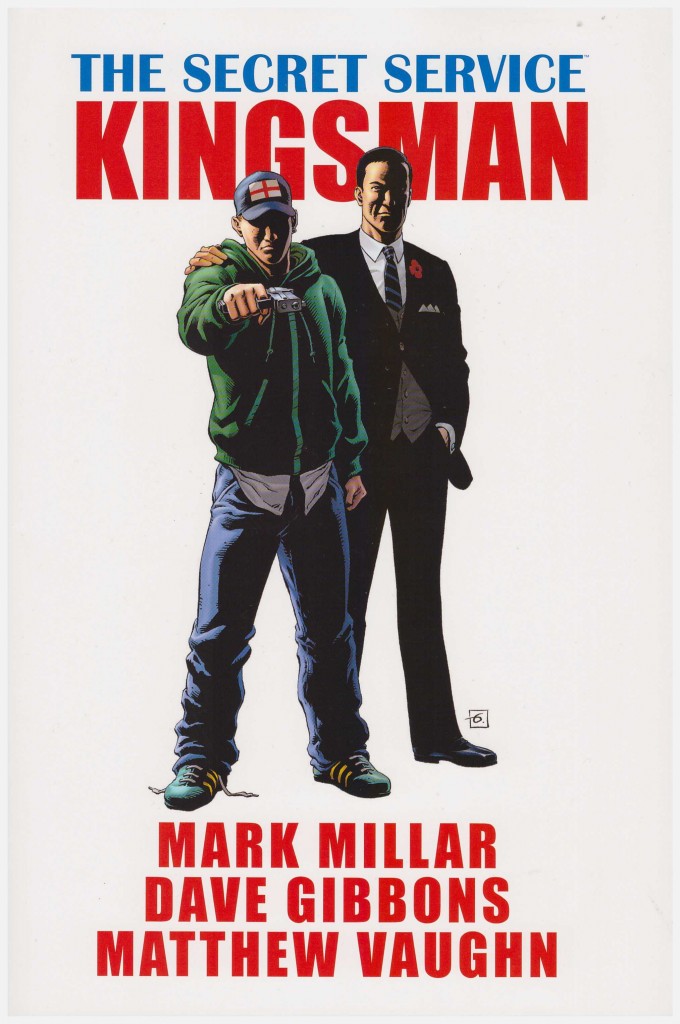 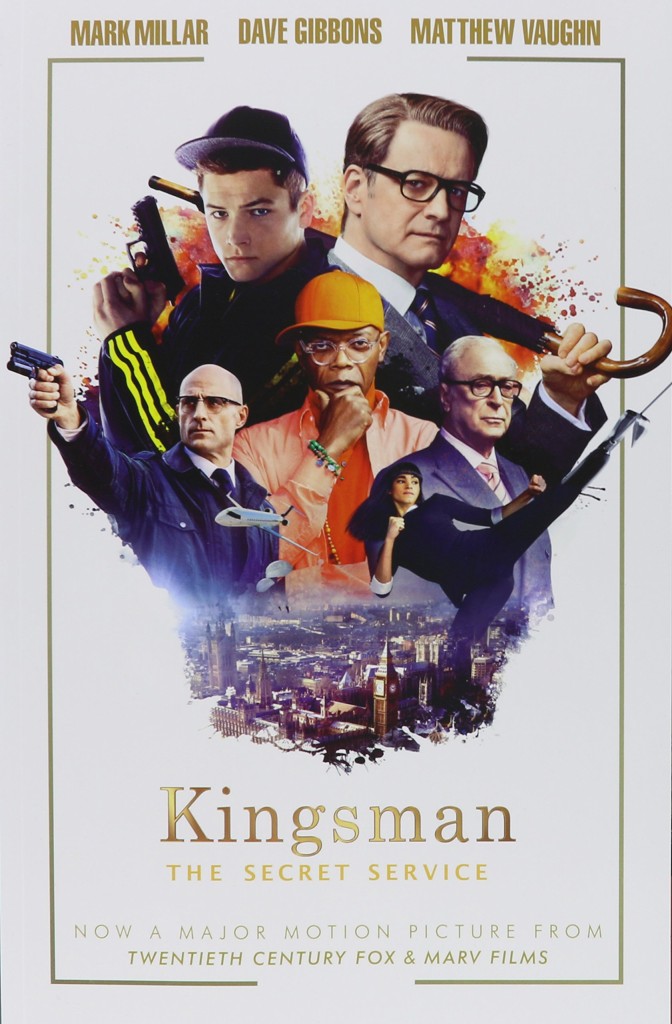 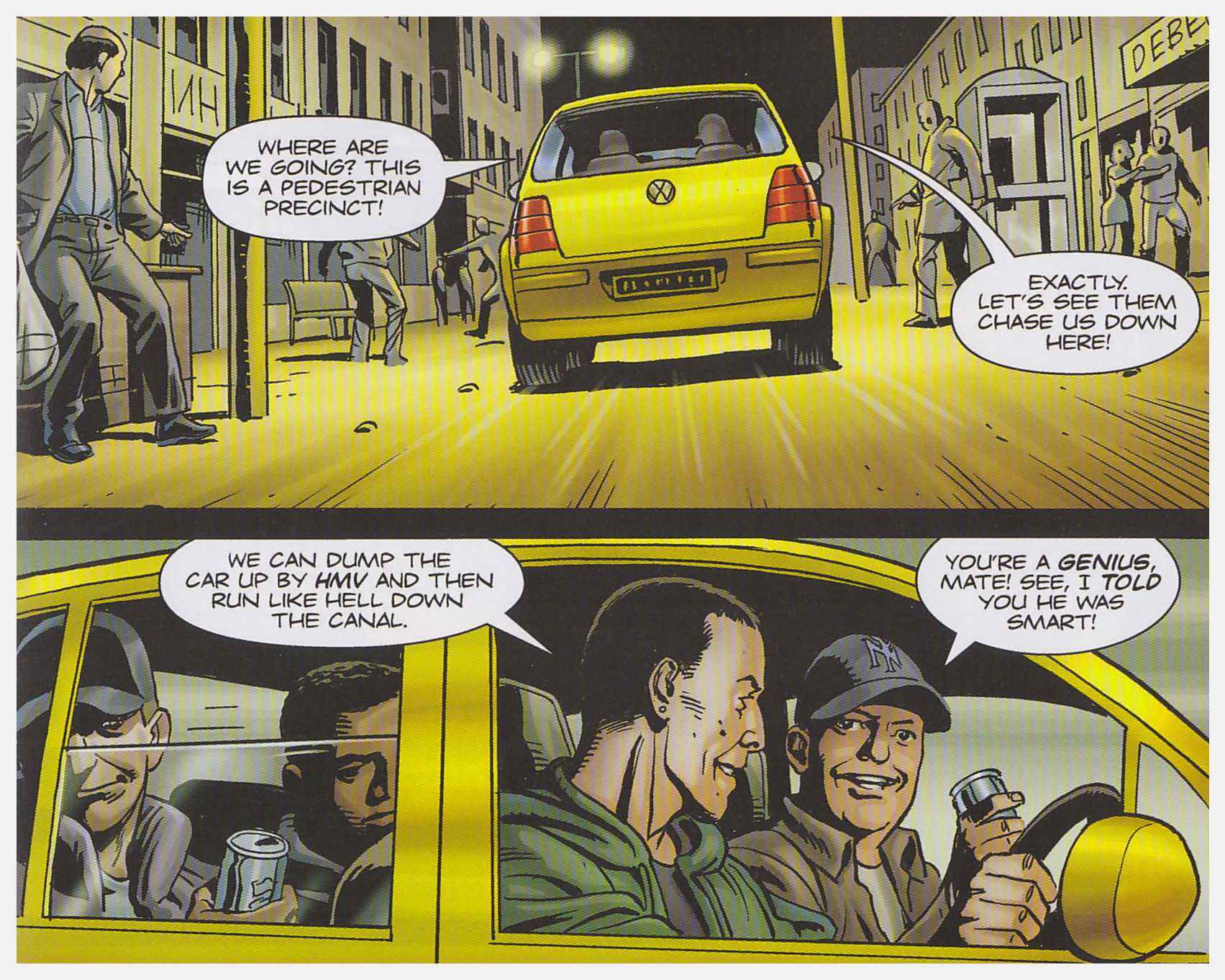 Mark Millar’s tenacious re-working of the same skeleton on which to hang many of his plots has resulted in unprecedented success for a comic writer. The disadvantaged young man acquiring power previously beyond his wildest dreams has been the basis for Wanted, Superior and now Kingsman, with elements also connecting Kick-Ass. That three of the four projects were rapidly adapted for cinema screens indicates the sure-fire touch Millar has for wider commercial appreciation.

Working with Matthew Vaughn, director of the Kingsman film, Millar’s skeleton is Gary, a kid smarter than the no-hopers he hangs about with on an impoverished estate. His step-father abuses and intimidates his mother, and Gary’s just spent another night in jail. Adopted as a challenge by his Uncle, Gary excels at his Secret Service training, proving adaptable and creative. His self-assurance only wanes in the company of his public school educated colleagues and the assured manner in which they navigate social situations.

The absences between longer stories illustrated by Dave Gibbons become ever greater, so it’s pleasing to see him on top form, effortlessly delivering whatever character or location is required, matching his storytelling to the mood. There is however one great irony in that the master plan of the master villain bears no little similarity to that used in Watchmen.

The cinematic appeal of Kingsman is obvious. It delivers a page-turning plot, a fundamentally sympathetic lead character at the heart of a moral dilemma, clever gags and well-worked set pieces aplenty. Scratch a little deeper, though, and there are cynical and illogical undertones. It’s not Millar’s job to supply balance, but are the working class all scum or downtrodden? Is gratuitous slaughter a topic for comedy in today’s world? Is it unreasonable to expect higher standards simply due to widespread public appeal? Or do middle-aged graphic novel reviewers need to lighten up and get with the times?

Without the considered depth Alan Moore delivered for his Watchmen characters the conclusion would have been illogical and preposterous, and some thought it so anyway. Even acknowledging Kingsman as a parody, the villain of the piece defies logic and credibility. He’s identified as extremely smart with nerdish tendencies, ecologically concerned and with the means to make a difference. Is the plan in action here really the best he could conceive?

Overall: Fantastic to see Gibbons again, enjoy the laughs and don’t think too much.