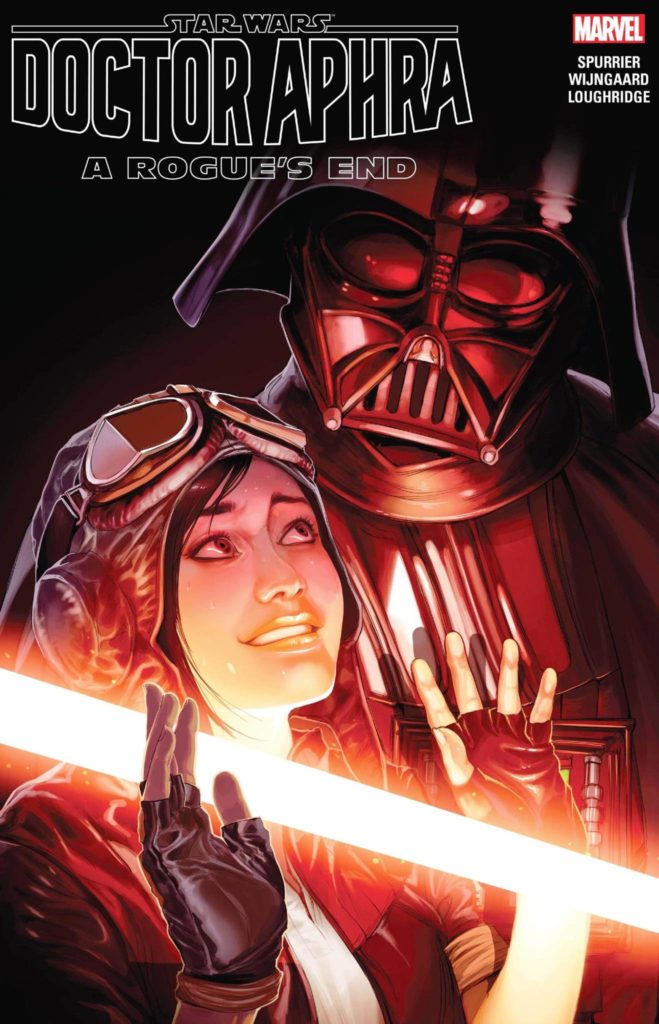 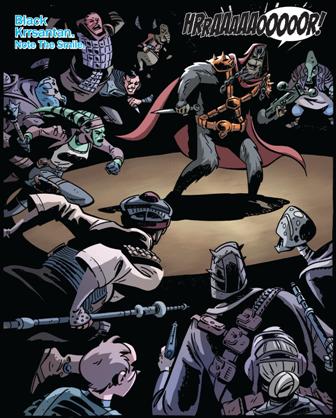 At the conclusion of Unspeakable Rebel Superweapon Doctor Chelli Aphra took a huge gamble in order to save both her own life and that of her new ward Vulaada (Worst Among Equals). Now under Emperor Palpatine’s dubious protection, she’s working on an archaeological team investigating ancient sites, specifically ones that the Rebels might use. Except her overseer is no other than Darth Vader which is a bad thing for anyone, but particularly troubling for Aphra. They have history that Vader would like to draw a line under permanently (see Kieron Gillen’s Darth Vader run) and things become complicated when they discover Aphra’s father, a specialist in Jedi artifacts, at one of the sites. If Aphra is really going to start listening to her conscience she needs to find away to save both Vulaada and dear old Dad. To do that she needs the help of ex-lover Manga Tolvan, a former imperial intelligence officer now working for the Rebels who incidentally wants her dead. Aphra needs to work out a plan to save the people she loves because the road is quickly running towards A Rogue’s End.

In film terms Doctor Aphra is set between Episodes IV and V, or for the aficionado the Battles of Yavin and Hoth. A Rogue’s End takes place around the time the Rebels are moving to the planet Hoth, an event woven into the plot. All writers working on Star Wars have clearly relished the opportunity to create interesting stories for a franchise they grew up with. Si Spurrier is no different and Aphra has improved considerably under his guidance. The strength of his run has been his explorations into Aphra’s complex personality. Is she a product of nature or nurture? Is she evil hurting those she loves from a sense of sadistic pleasure or pushing them away for fear she might get them killed? Either way, Aphra is an immensely interesting character and Spurrier has crafted brilliant plot devices (including a key event in Vader’s history) that provide three smart, funny and quite thrilling stories.

Caspar Wijngaard illustrates the body of A Rogue’s End, including a tale that also features in anthology collection Empire Ascendant. He’s good on the grand settings of space and temple ruins, great up close when conveying the emotional aspects Spurrier likes to explore. In a book full of developments that blindside you, Wijngaard easily keeps in step with his writer. It’s worth drawing attention to French artist Elsa Charretier’s work on another story full of double-crosses featuring monster hunters Winloss and Nokk. Charretier is a regular on IDW’s Star Wars Adventures and her grainy abstract cartooning is perfect for this delightfully dark yarn. Take a look at that delicious detail in the sample art.

Doctor Aphra was a good series under Kieron Gillen, but struggled to rise above the role of Darth Vader’s light relief. Spurrier has injected fresh and fantastic new characters (Vulaada Klam, ethical Trandoshan Nokk and her husband Winloss) who provide a counterfoil for Aphra, but could easily stand alone. A new breed of anti-hero who relies more on cunning than violence while being entirely unpredictable is a breath of fresh air, demonstrating there is plenty of new life and potential for Star Wars yet with a little imagination.

Star Wars: Doctor Aphra re-launches in 2020 under the hands of all female creative team of author Alyssa Wong and artist Marika Cresta.