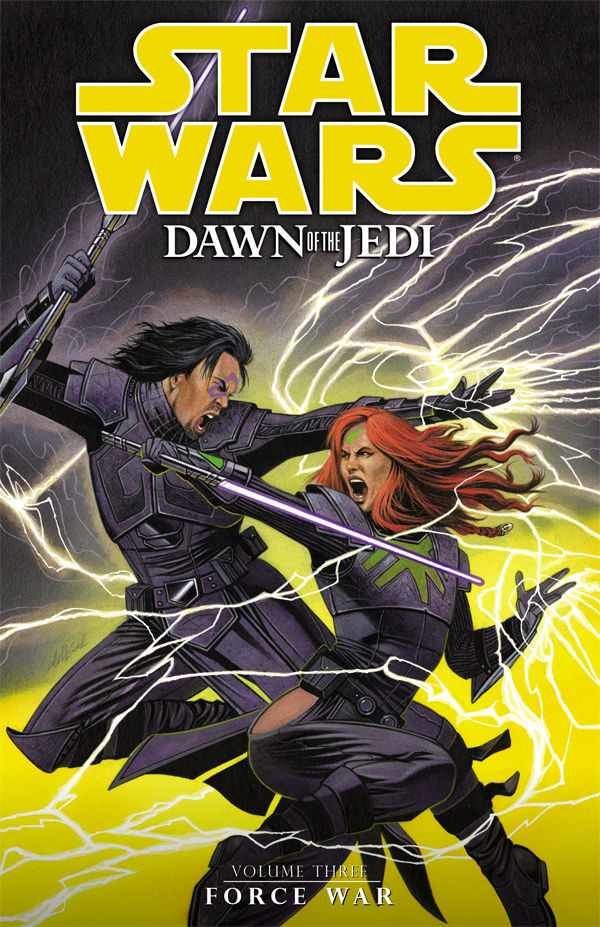 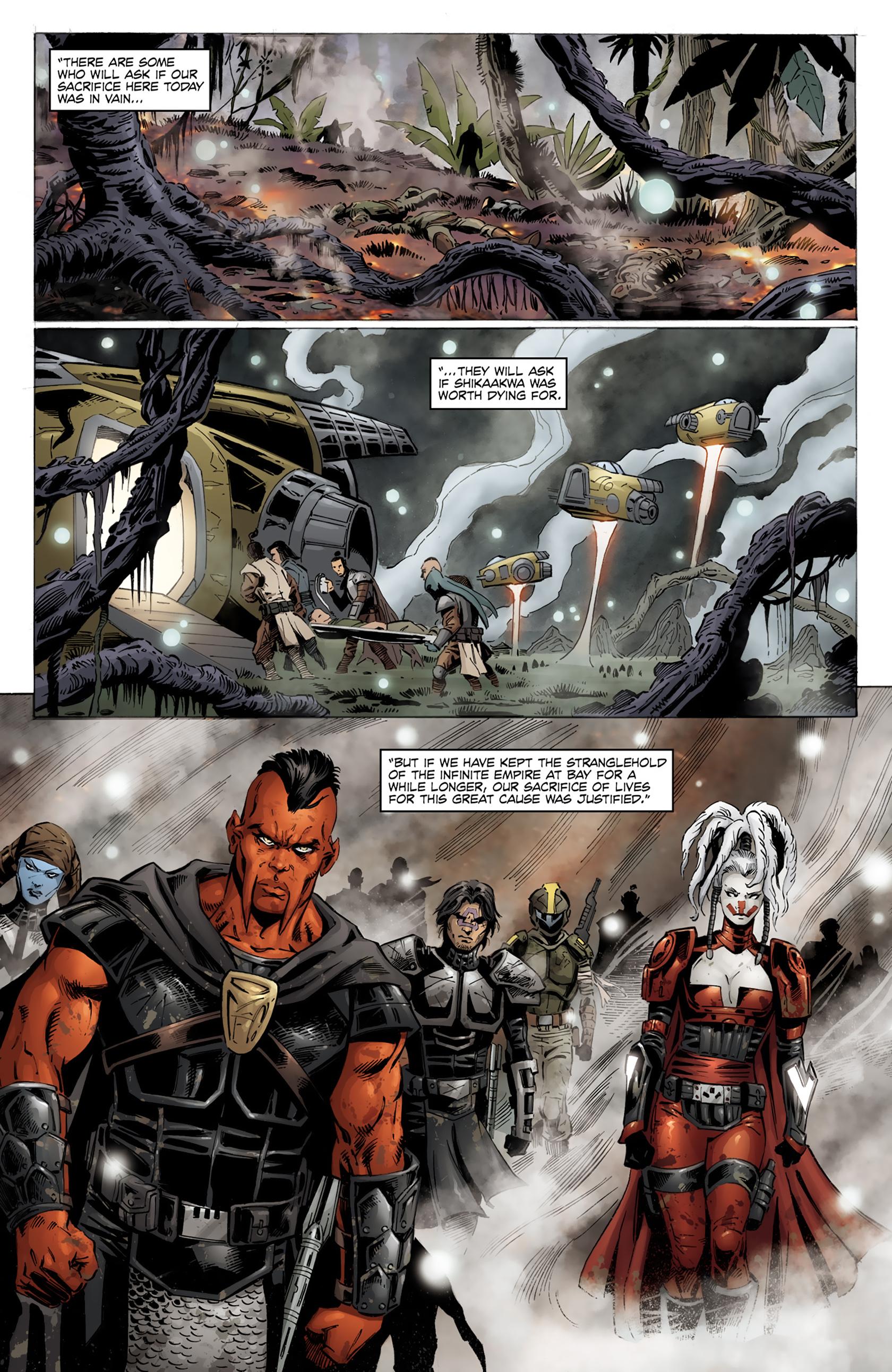 Force War concludes the three volume, self-contained Dawn of the Jedi, which is a strong, character based adventure with some interesting ethical dilemmas at its heart. It jumps forward a year from the conclusion of Prisoner of Bogan, during which the forces of the Rakatan Infinite Empire have invaded the Tython system, where there’s a strong connection with the Force. This had been foreseen a decade earlier by Daegan Loc, but he was deemed insane, disgraced and exiled. Much has changed, and Loc now leads the Je’daii forces, and in order for them to succeed it’s become apparent that they can’t just rely on the benign aspects of the Force. And they have insight into their foes: “There is no help. There is no hope. We are all tools. That is all. If we do not serve our master’s bidding we will grace his table.” It doesn’t sound like a future we’d really want to be part of, does it?

Due to what’s been revealed in previous volumes about John Ostrander and Jan Duursema’s devious plot, the readers know a little more about what’s happening than some of the leading participants, and other elements fall into place over the opening chapter.

This is the simplest of the trilogy. The writers have set everything up perfectly, and only have to tip that first domino for the saga to play out. Ostrander and Duursema certainly understand how to deliver a cinematic Star Wars experience on the printed page (or digital display). The action is fabulous, and the moral centre is magnificently conflicted. Can Xesh truly transform from what he no longer remembers he is, or will he succumb to the dark side? As these are new characters, or nearly new by this point, any element of predictability is removed, and their personalities are defined well enough that we care for them and want them to survive.

Surely anyone who enjoys Star Wars material will be carried away by the grand scale adventure here, captivated by Duursema’s glorious art and kept in suspense until the final page. Job well done.