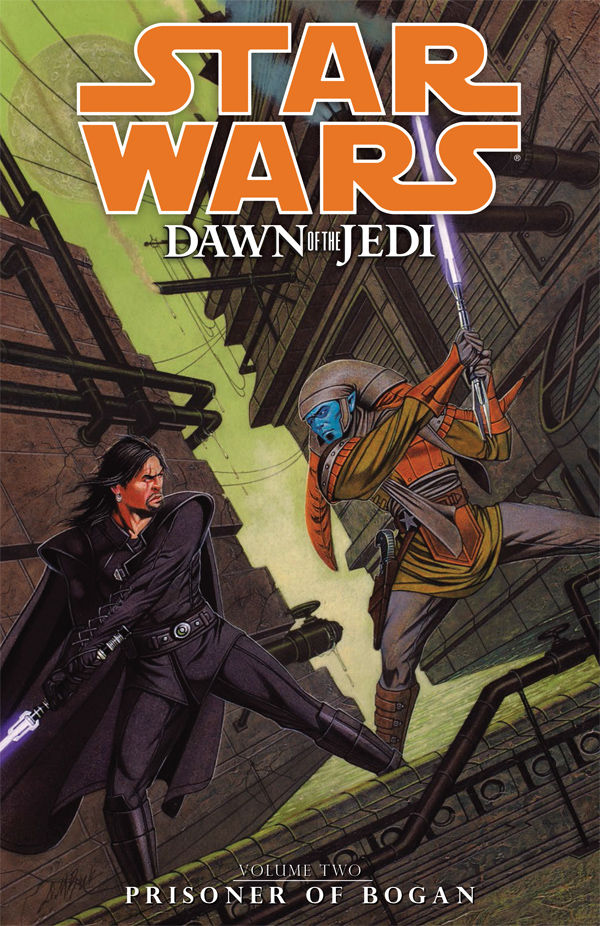 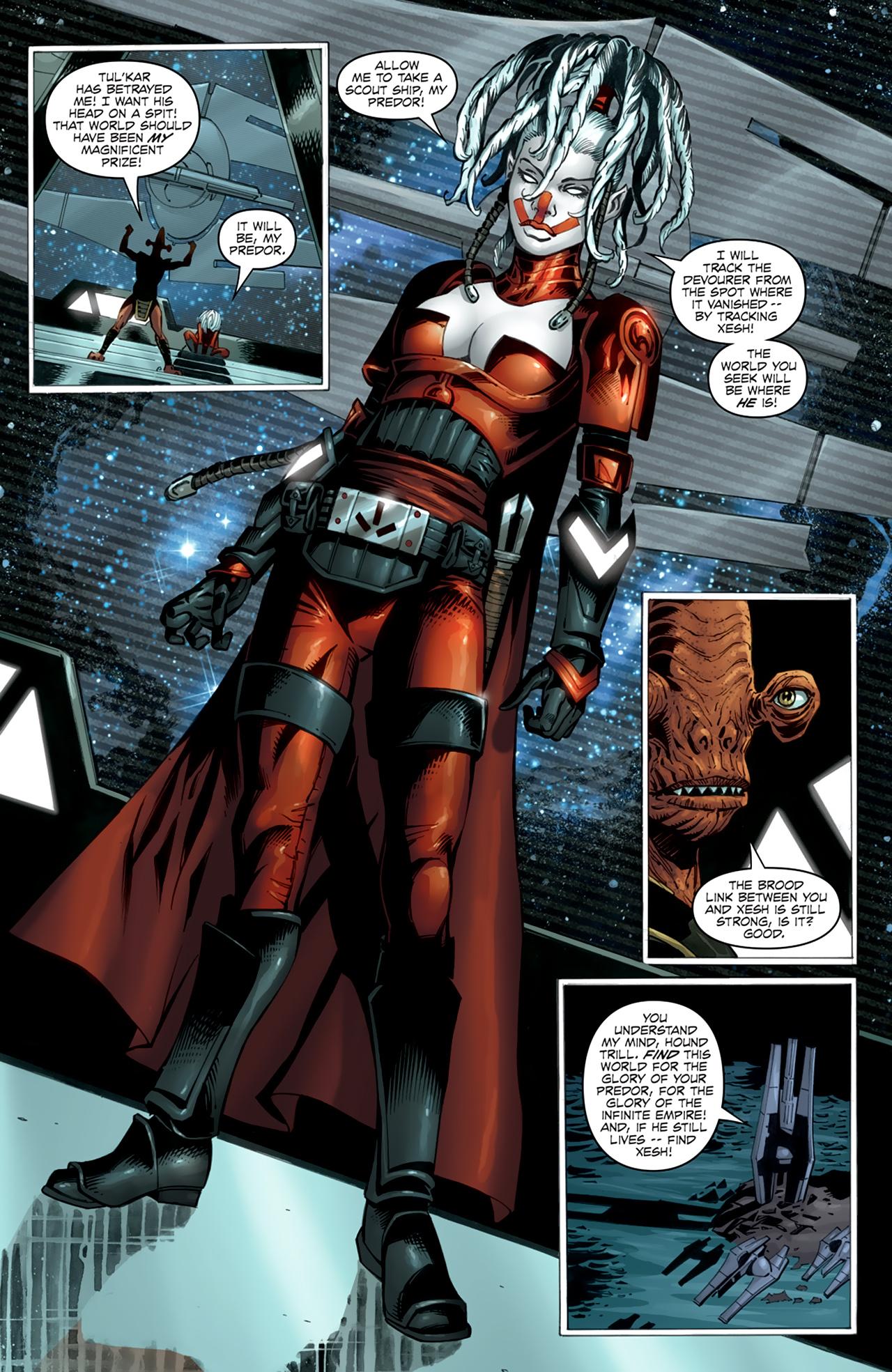 Set in the earliest days of the Star Wars universe, a group called the Je’daii have tutored in the use of the Force and maintained a peaceful balance on Tython. The arrival of Xesh changed that. Known as a hound by his masters of the Rakatan Infinite Empire, he crashed on Tython and the Force immediately reacted. This was detailed in Force Storm, and while some pleaded his case, the Je’daii Masters exiled Xesh to the prison moon of Bogan. Some within the Rakatan Infinite Empire have also mastered the Force, but twist it to their dark ends, always eager for conquest, and Xesh served their needs, but freed from their influence and given time for contemplation can he adjust to the light side of the Force?

That’s the heart of this character study, the mid-section of three graphic novels. “He’s better fed by his Je’daii jailers than he was by his Rakatan masters”, notes Xesh, but despite means in place to ensure prisoners on Bogan don’t meet, he’s contacted by one Daegen Lok, an exile discredited when his visions came to nothing. Is Xesh, however, the substance of those visions? It’s a matter being weighed heavily by the Je’daii masters on Tython.

Co-writers John Ostrander and Jan Duursema introduced a large cast in Force Storm, and anyone who survived returns, those on Tython disturbed to varying degrees by Xesh and what he represents. They also create a moral dilemma by the introduction of Lok, whose methods are desperate and reprehensible, yet who, in essence, is correct. It’s a topic well handled, as is the use of the Force by its assorted adepts. The first book seemed to be replaying known conflicts in an earlier era, but this continuation reveals the setting to be instrumental and more important than it previously seemed. Ostrander and Duursema make good use of gaps and fears within the Je’daii’s knowledge, essential to the story, and which wouldn’t play such a large part in a more familiar Star Wars era. They also tie their plots together beautifully. To this point a criminal leader with a Je’daii wife has seemed window dressing, but that’s not the case, and they’re well used as the past is revealed. The foreshadowing is also admirable, and readers are privy to several matters of which the cast are ignorant.

As with all volumes of this self-contained story, Duursema’s art is wonderful. So much of what she does so well just passes by until it’s considered. Those locations and threats are so varied, so convincing, and so natural in context, yet in order that this is the case designing everything must have required some amount of time and work, even given that most of the cast are familiar species.

We may not be getting the origin of the Force itself, but want to know the origin of lightsabers? It’s here. Dawn of the Jedi concludes in Force War, and the scene has been very well set.