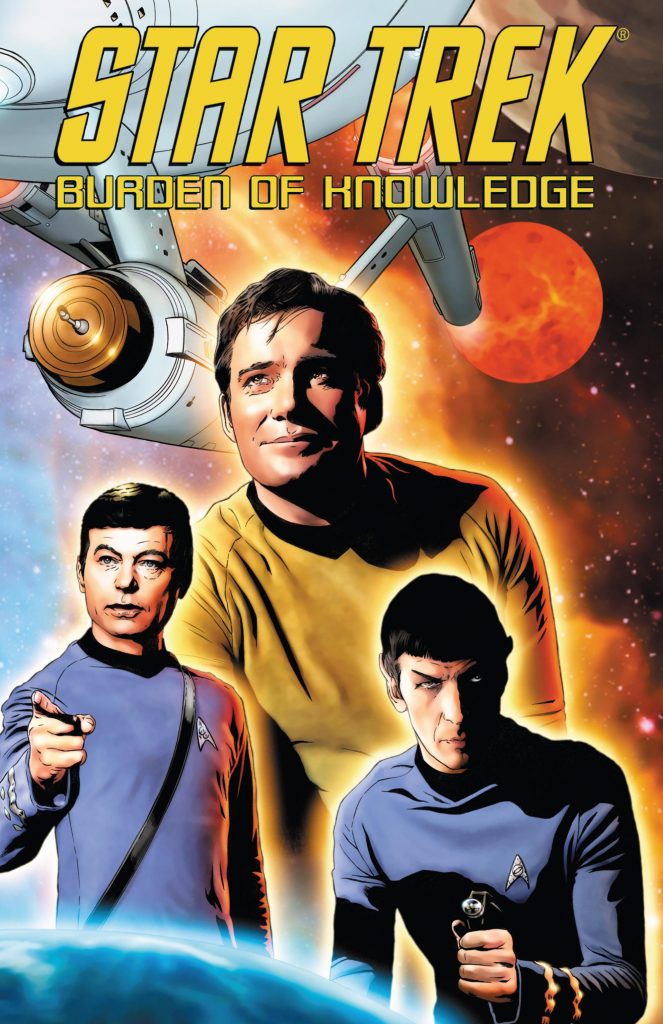 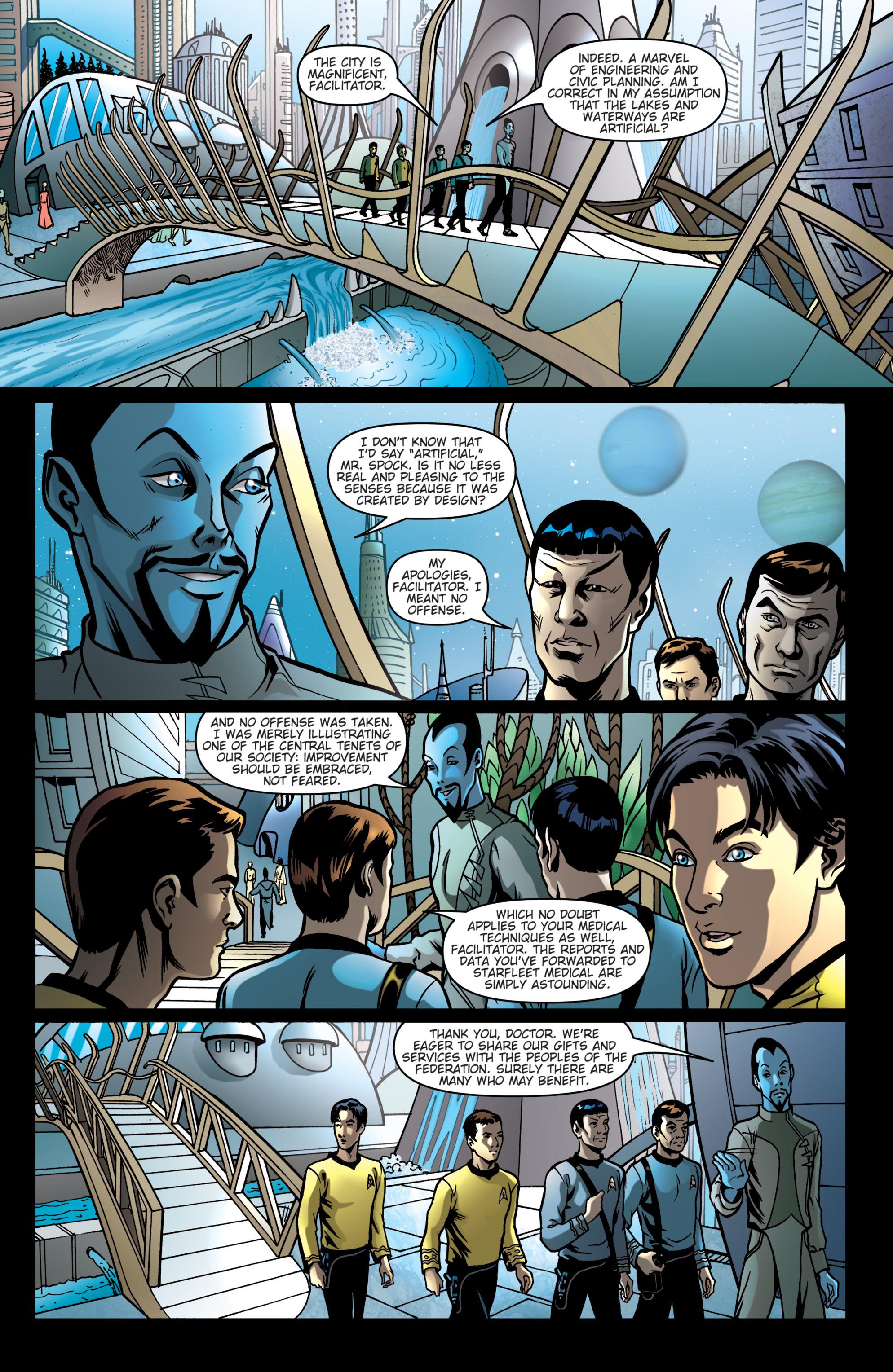 This anthology of four stories featuring the likeness of classic William Shatner Kirk and Leonard Nimoy Spock has loose connecting threads, certainly between the opening episode and the conclusion, but each chapter is a separate adventure from writers Scott and David Tipton.

Their opening story has the Enterprise turn up at Mygdlus III under political pressure to ensure that the planet passes the test for admission to the Federation. Dr McCoy echoes that sentiment based on the substantial medical advances made by the inhabitants, but trouble strikes as soon as the landing party arrives. It doesn’t appear a great signifier of forthcoming originality that the one unknown member of the landing party, seen on the sample page, is a rapid casualty of an unexpected attack, but the writers are toying with our expectations. It’s a theme repeated in the story.

We move on to a society that experiences all thought and emotions collectively, prior to the Enterprise undergoing a technical upgrade that has unforeseen consequences. The final chapter returns to Mygdlus III and the largest of the ethical quandries on which the writers base their stories. The plots are very true to the 1960s Star Trek TV series, with a resistance to including concepts that might have been beyond the writers of that era.

Federica Manfredi’s likenesses have a mechanical quality to them, often more approximations of the cast faces. They’re recognisable in context, but removed from that they’d not immediately transmit as who they’re supposed to be. Her figures are also stiff, and the expressions strained, all of which contributes to the art having an odd look to it. It’s a shame as the second story in particular is designed to emphasise visual spectacle, and Manfredi doesn’t always pull it off. On this basis it’s difficult to assess whether her uncomplicated alien designs are a homage to the 1960s show, or a lack of imagination.

There are now two views of the original Star Trek series. For some it’s of its era, with much that’s now dated. Others can overlook the entrenched white male attitudes and still enjoy the adventures. If that’s you, you’re likely to enjoy Burden of Knowledge also.