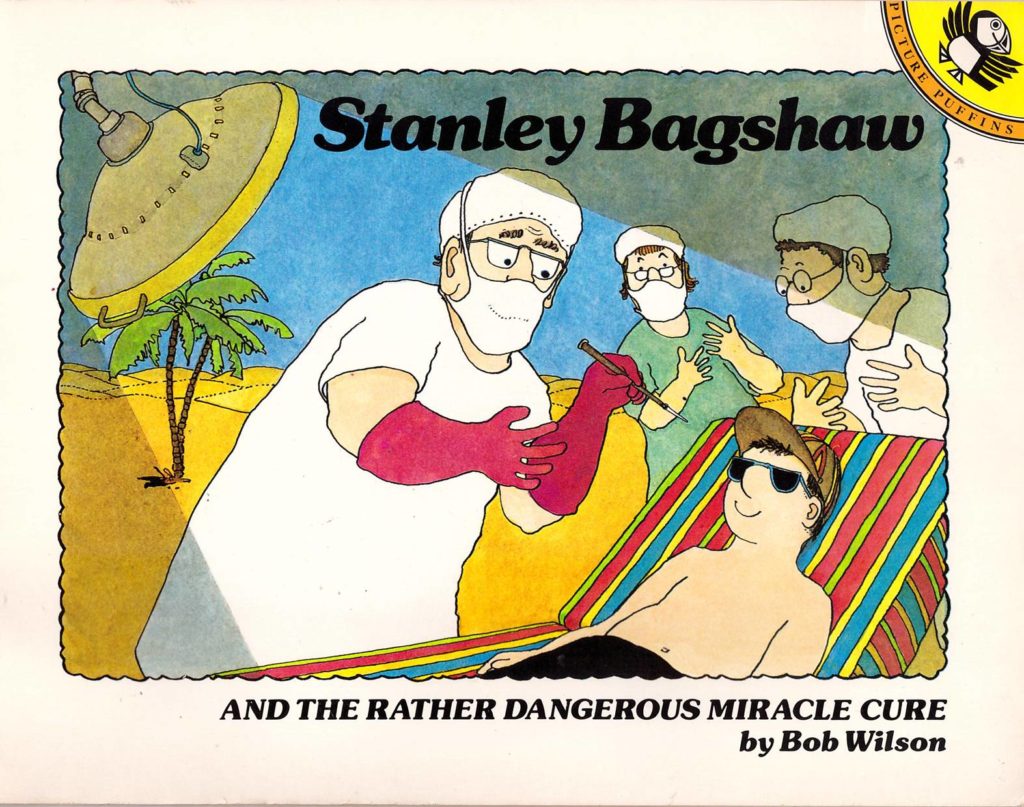 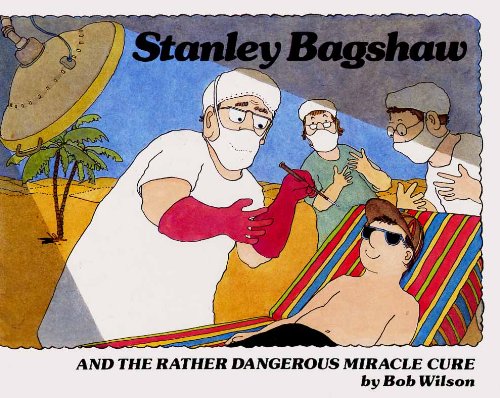 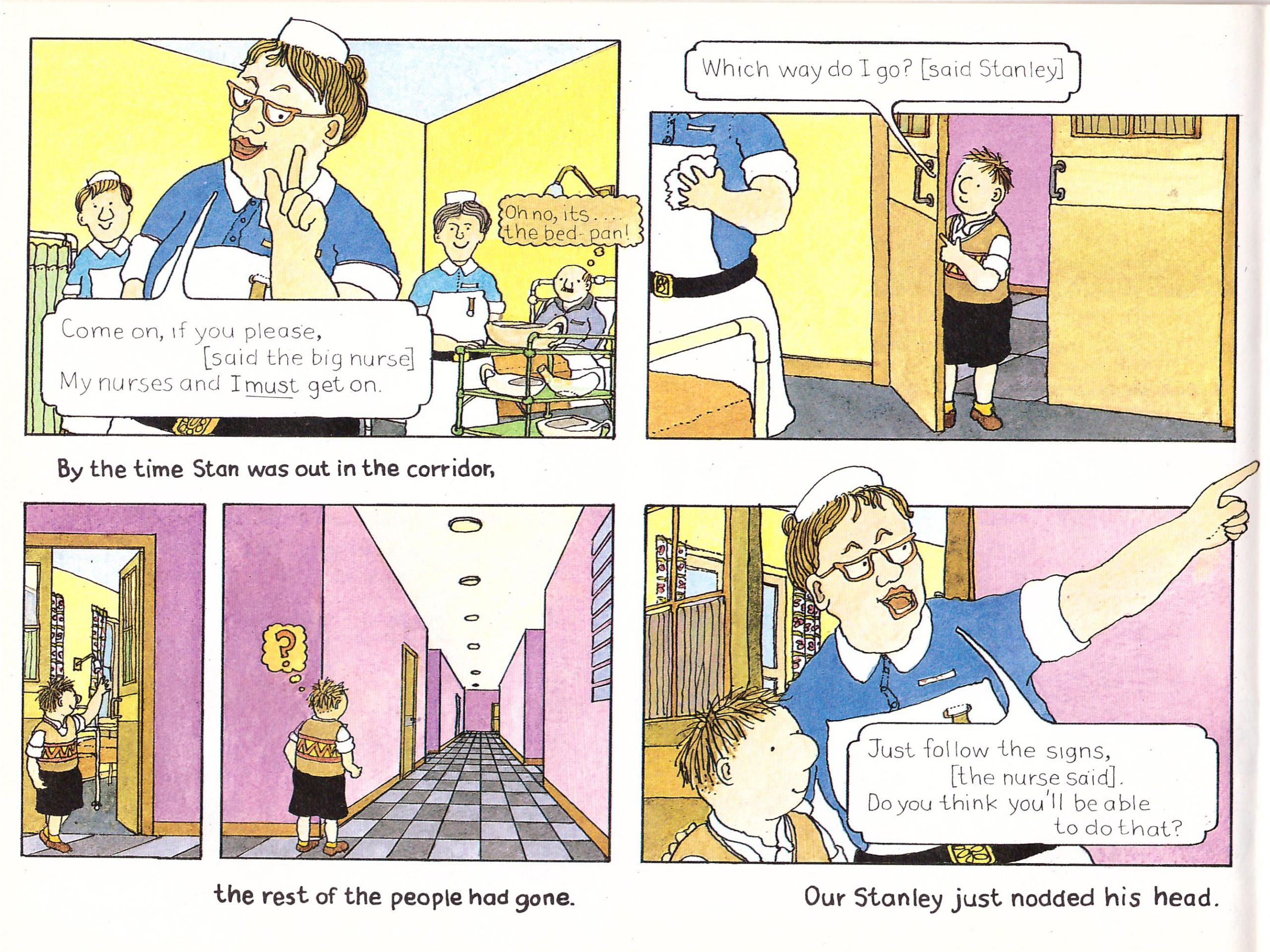 This is the first Stanley Bagshaw book to return a character other than Stanley and his Gran. The friendly Ted had previously been seen in The Twenty-Two Ton Whale, expounding on the wildlife to be found near Huddersgate. His hobby has led to him being bitten on the toe by a water rat,

This is another story originally prepared for the Stanley Bagshaw animations, where it was titled Stanley Bagshaw and the Miraculous Sun-Bed, then reworked for a children’s book, and it’s a strangely surreal experience. Ted’s injury is just a way to ensure Stanley turns up in hospital, where Wilson pokes gentle fun at the way hospitals used to be. As is Stanley’s way, leave him to his own devices and he’ll wander anywhere, and the title cure occurs when he’s having a nap.

For some reason, while injured and in hospital, Ted is referred to as Edward. Perhaps this scans a little better in the rhymes Bob Wilson uses to tell the story. In other books there’s been the occasional confusion about the panels reading downward then back up, as per the sample page, but this departure from traditional comics storytelling is more invasive here. There’s one spread where Wilson realises this, and numbers the panels to signify an eccentric route. That apart, Wilson’s illustrations have their usual charm, from the opening panorama of Huddersgate to the lovingly drawn old fashioned wooden radio at the end. Eccentric characters abound, the daft surgeon a real treat.

Every Stanley Bagshaw story is funny, engaging and charming, and this is no different. However, unlike Stanley’s earlier adventures, this doesn’t seem to have had a 21st century reissue by Barn Owl Books. Next up is Stanley Bagshaw and the Ice-Cream Ghost. 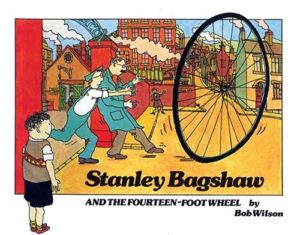