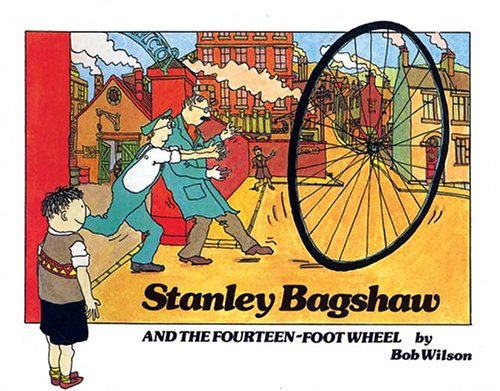 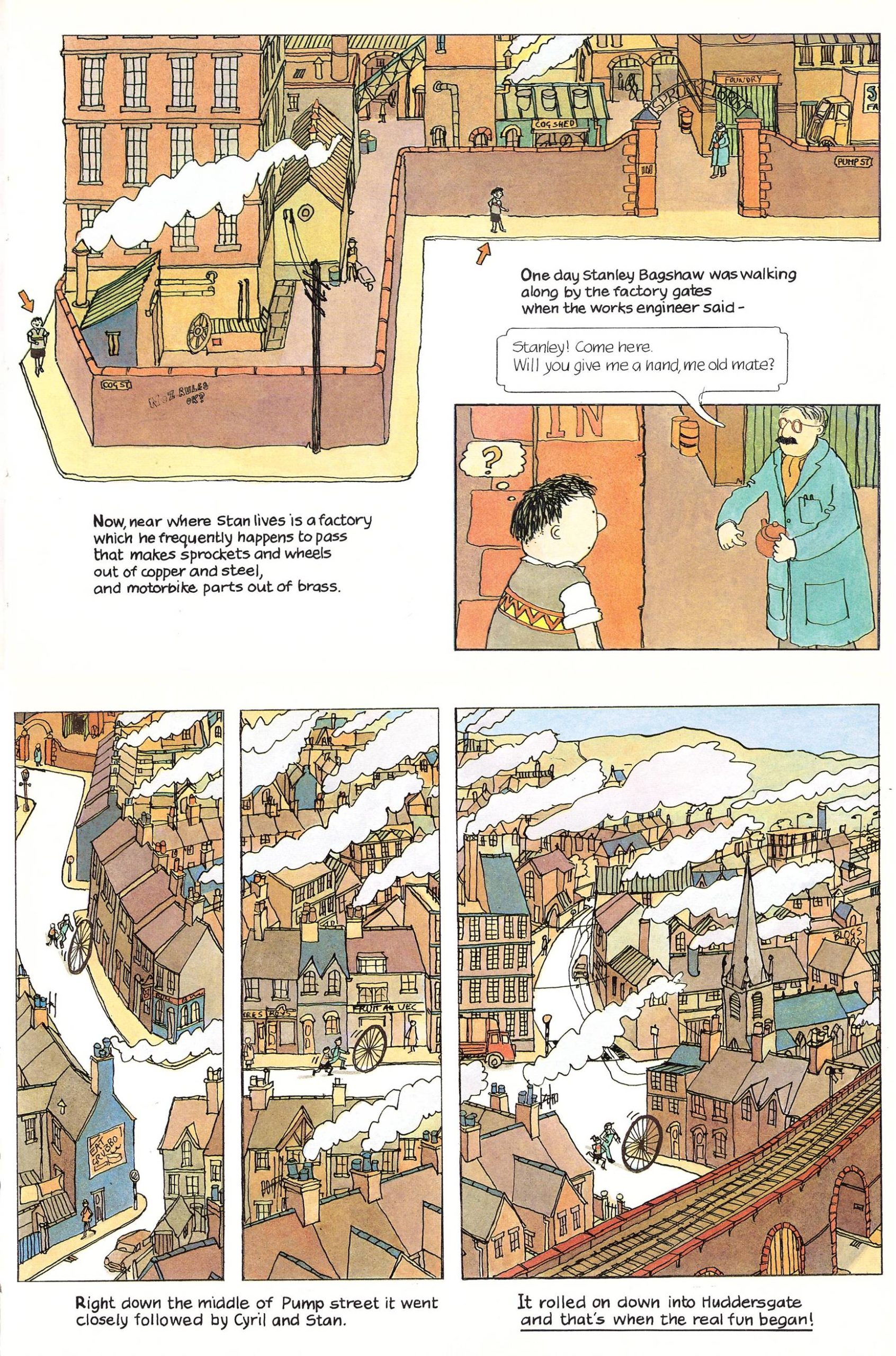 In 1982 The Snowman, based on Raymond Briggs’ graphic novel was the TV hit of the festive season. Adapting more Briggs stories was an obvious move, and nestling alongside Briggs in Hamish Hamilton’s children’s book list was Bob Wilson’s charming Stanley Bagshaw series, and a half dozen episodes based on them made it to TV in 1984.

Like Briggs, Wilson combines captioned panels with dialogue balloons, and like Briggs he’s nostalgic. Stanley’s adventures occur in the Northern English town of Huddersgate, where everything is reassuringly 1950s, a mileu Wilson explored long before the Wallace and Gromit animations. He does it in rhyme as well. Stanley himself is a cheery lad in the clothes of yesteryear, and Wilson pulls in other imagery evoking the past and the North. The factory premises on the sample page have something of Lowry’s imposing flatness about them, as do later scenes of terraced houses and smoky chimneys, while Wilson uses Northern names and has all his characters speak with what British readers will recognise as a Northern phrases.

The fourteen foot wheel comes into existence when Stanley falls asleep at the machinery, the works engineer having explained it’s essential he pulls a lever at 2.30. When he doesn’t, the wheel emerges, rolls through the gates and causes chaos in town. Wilson knows his audience, and it’s designed for them, the art showing the town from a distance enabling young readers to follow the wheel’s progress, and moving in close for the pratfalls it causes. It’s surprising not to see the Chuckle Brothers involved somewhere. The drawing is simple and nicely coloured, Wilson good with goofy expressions and appealing locations, and the rhyming smart, a nice touch being how the dialogue balloons occasionally complete a stanza.

There is a question to be asked about the plot that probably won’t occur to young children. If pulling the lever every day at 2.30pm was so important, wouldn’t the works engineer have delayed brewing his pot of tea rather than calling on Stanley for help? Forget about that. The fun any child will have with Stanley Bagshaw and the Fourteen-Foot Wheel far outweighs it, and another five landscape adventures follow, staring with Stanley Bagshaw and Twenty Two Ton Whale. 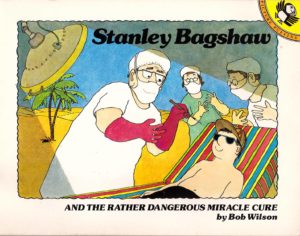