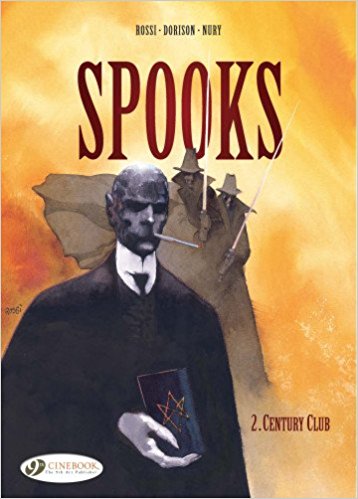 Century Club opens on a city in utter chaos, thousands of people ill with a strange malady after the events of The Fall of Babylon. The crisis is linked to the elite Century Club, whose members are the elite and powerful of American society. Many members have been dying in agonising and mysterious ways, yet investigations into these deaths have met with deadly resistance. Now Morton Chapel and his SPOOKS (SPecialists in the Odd and OCcult) have withdrawn to the relative safety of the sanatorium Katherine Lawson works in. Her father and brother Timmy are members of the Century Club, somehow complicit in events. After the events of Babylon, Timmy is in a bad way and unresponsive, but he has the answers Chapel needs, so he persuades Katherine to use her skills as an alienist (psychiatrist) to draw the answers from Timmy. The process confirms Chapel’s suspicions – someone is using powerful occult magic to bring about a new world order. The SPOOKS have to move quickly and will need all their collective talents to take down the Century Club, but the Club’s leader is a man with a desperate craving for power, a man well researched in occult practices. His name is Aleister Crowley.

Century Club is the concluding half of a story begun in The Fall of Babylon. Writers Xavier Dorison and Fabien Nury script a flawless transition with the tale really hitting its stride. Boy, what a stride! The writers tap into the zeitgeist of post 9/11 America and deftly transfer it into this period thriller. It’s fraught with paranoia, only adding to the eerie esoteric elements. The tension is electric, the plot gripping. The supernatural and political intrigue meld together so well. For a graphic novel there is a sizeable amount of dialogue to read through. It fits the thriller flavour the writers are going for, but sheer wordage makes for a lengthy read.

The small size publication format doesn’t do Christian Rossi’s art justice. It is fabulous. He’s a master at telling parallel tales, making use of two pages to lay it out, whic isn’t very common in Franco-Belgian comics, but this is how it should be done. Rossi ramps up the intrigue and the tension, heightened by only ever revealing images a little at a time, the book given a creepy air. Working through the first book to reach Century Club’s finale is an effort but a worthwhile and very satisfying one.

Dorison, Rossi and Nury have here put pieces into play for for the remainder of the series. Morton Chapel and the SPOOKS, with a new team member, head to Cuba in El Santero. 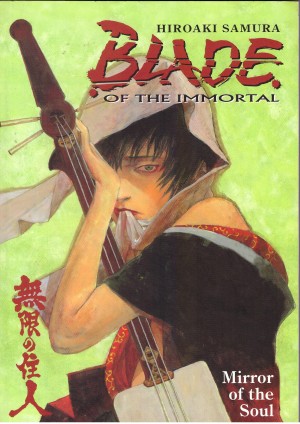