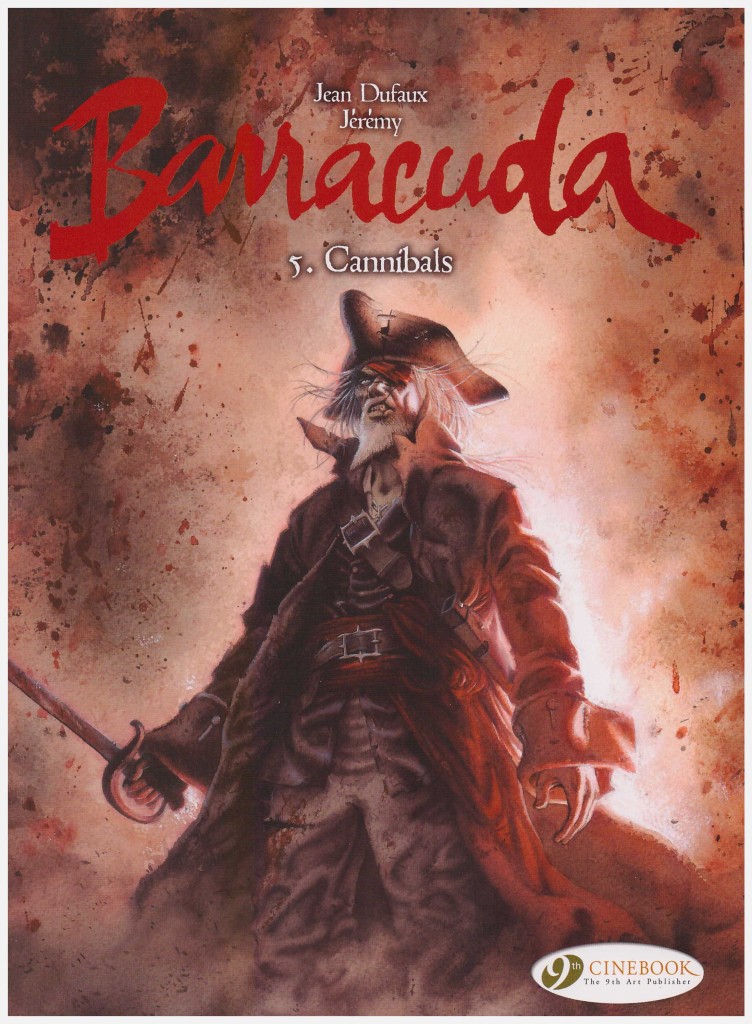 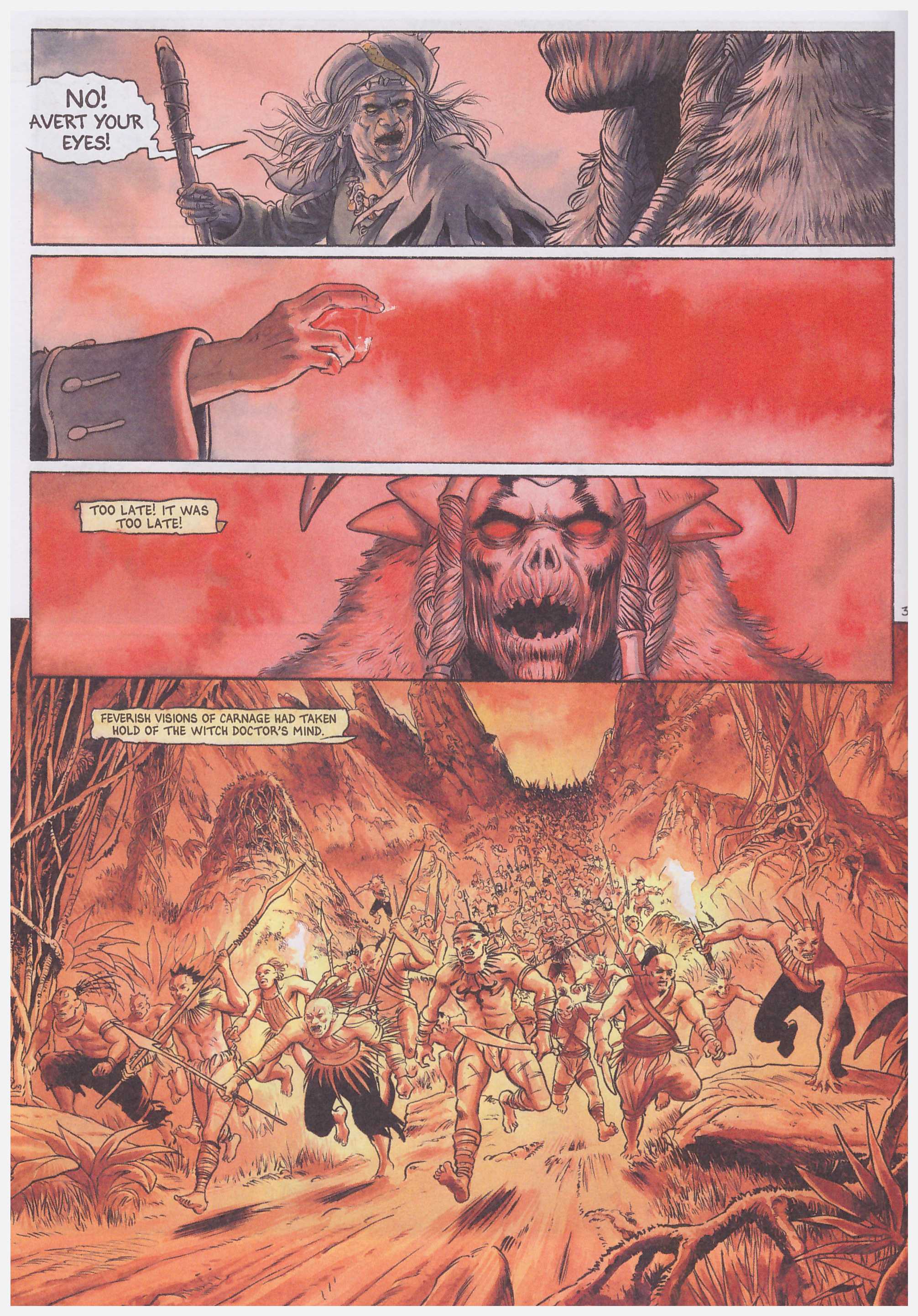 With this fifth volume Barracuda wears out its welcome. 18th century Spanish noble families first abducted by pirates, then deposited on a Caribbean refuge for said buccaneers, and the younger ones coming of age in eccentric circumstances was an opening setting ripe for narrative exploitation. Yet Jean Dufaux has let it all slip through his fingers.

Each successive volume has seen a tectonic shift of circumstances and allegiances, and it occurs once again here, with a few characters disposed of having served no purpose, while others are introduced with equally little purpose, presumably to be among the cannon fodder for the following Deliverance. But, you ask, the volume title is Cannibals, so surely there’s some excitement, skulduggery and thrills to be had with them. Well, not really. They kill a few people and look fierce enough, but there’s never any sense that our lead characters are about to be flung in the pot with the carrots and turnips.

Jérémy (Petiqueux), to his enormous credit, attempts to disguise the faltering plot by yet another visual feast. Just take a look at those cannibals tearing down the hill on the sample page. Several scenes are set back on board the Barracuda after which the series is titled, and Jérémy illustrates that with an enthusiasm the script doesn’t deserve.

Anyone picking up Cannibals in isolation may consider this an unfair review as the plot delivers a fair amount of fast-paced action, but as part of a bigger picture it’s a complete failure. The series finally runs aground in Deliverance. 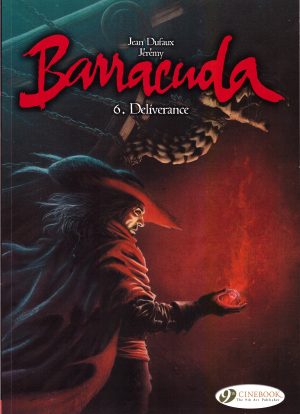