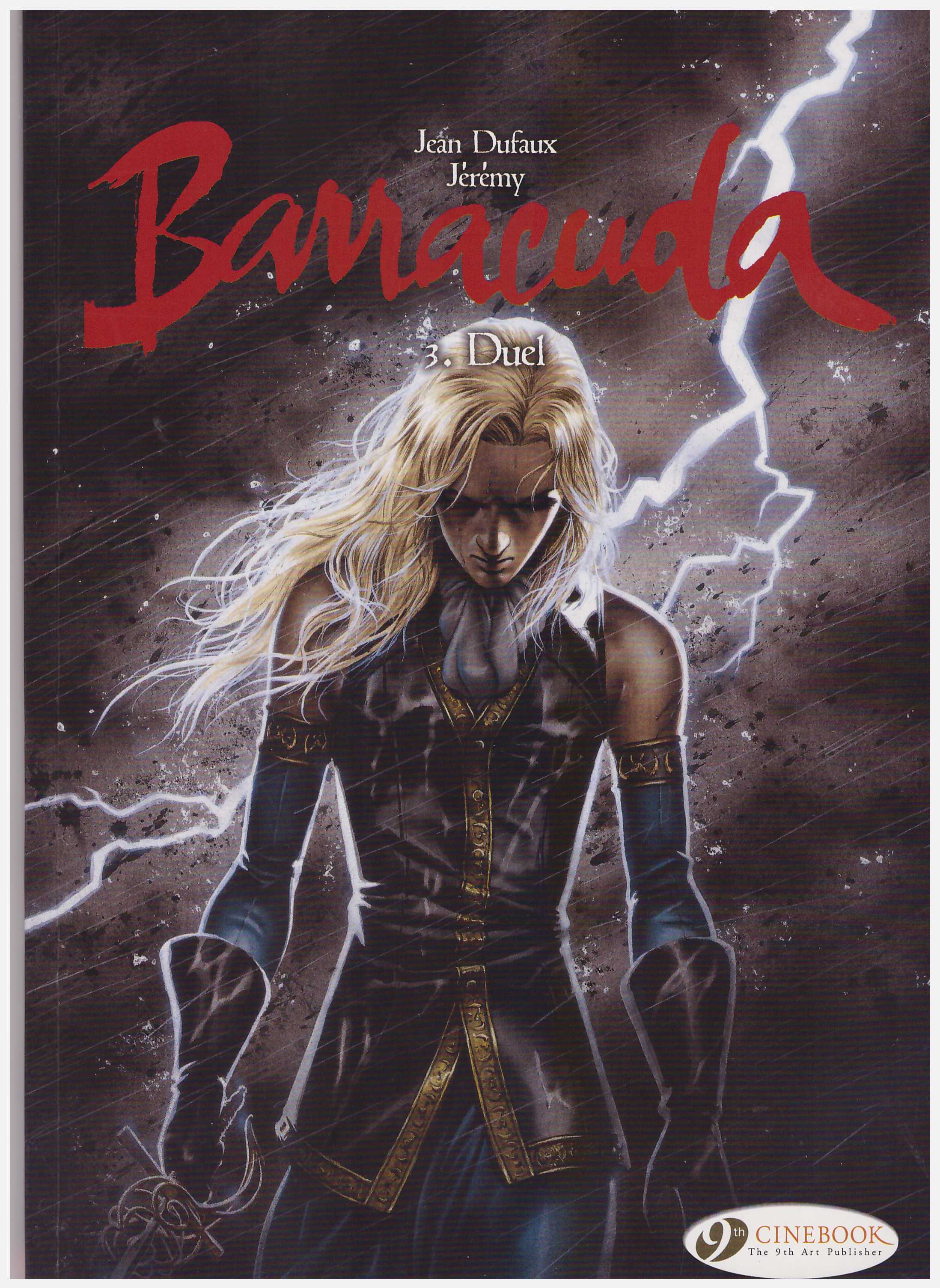 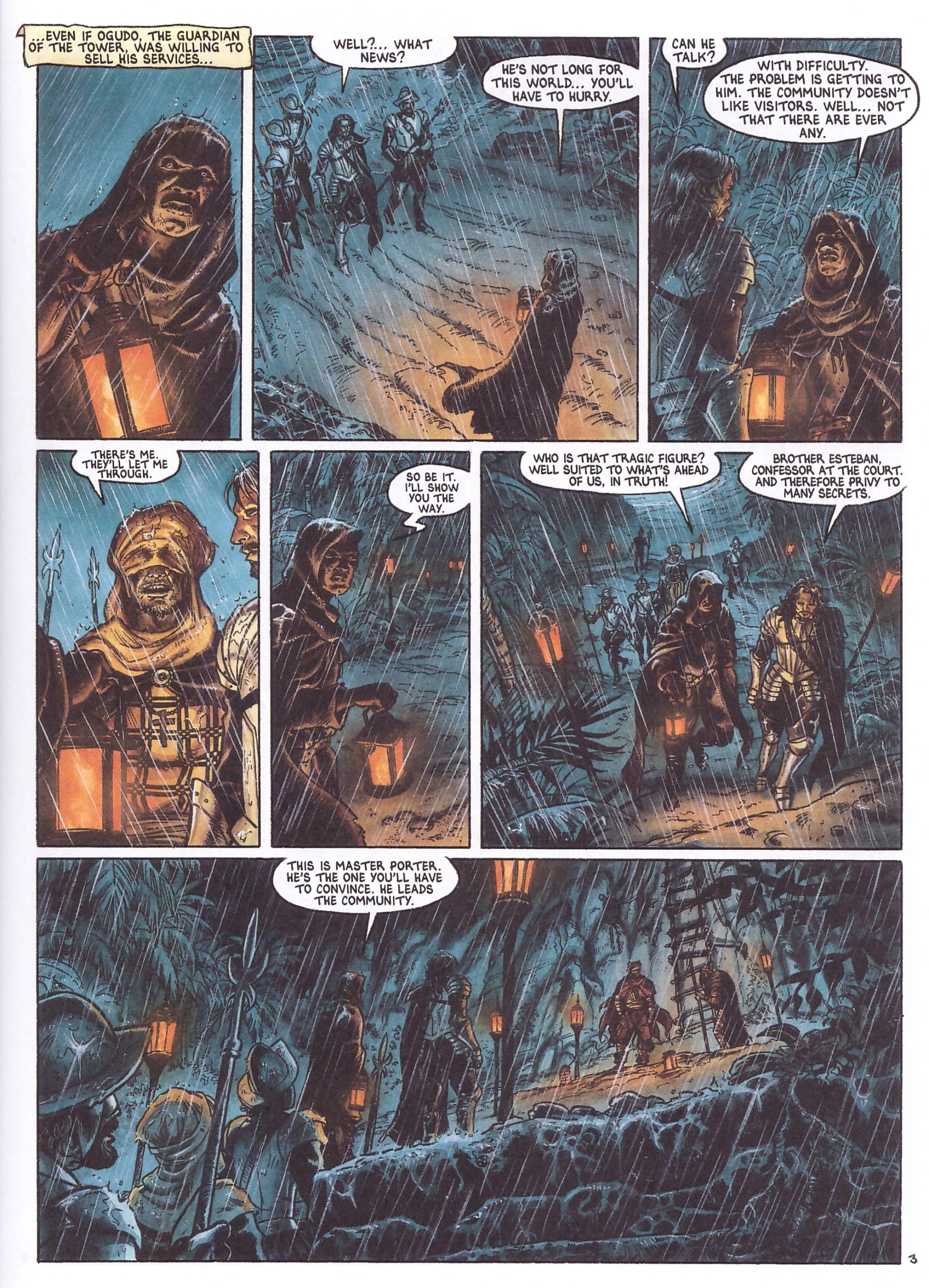 When she was first brought to the pirate haven of Puerto Blanco in Slaves, audience sympathy was very much directed to the then unfortunate Maria del Scuebo. Yes, she had the haughtiness of Spanish nobility, but should anyone have to endure her suffering? It’s that memory that persists in the face of all the evidence that she’s become a complete manipulative bitch, relishing and abusing the power she has.

The abuse of power is something of theme throughout Duel, as all three of the children originally stranded in Puerto Blanco have now come into their own. It also applies to the prostitute never named until the following Revolts, who has her own agenda, while the power remaining largely unabused, that of the town’s governor, comes under threat as others learn her secret.

Jean Dufaux here elevates a plot that’s been sidelined, that of the Kashar diamond sought after by many. A stunning opening sequence on a bleak and isolated leper colony plays into this, as does the return of the pirate Blackdog, who learns that stories of a curse associated with the diamond may be more than mystical legend.

As was the case for Slaves and Scars, this is another high octane blend of simmering tension and duplicity stunningly illustrated by artist Jérémy (Petiqueux). His eye for detail creates an entirely credible seedy 17th century Caribbean port populated by the rogues and ruffians one might expect, even if some black hearts are concealed by a desirable body.

There’s a bonus section in the back with several pages of Jérémy’s detailed character sketches and layouts for the first volume.