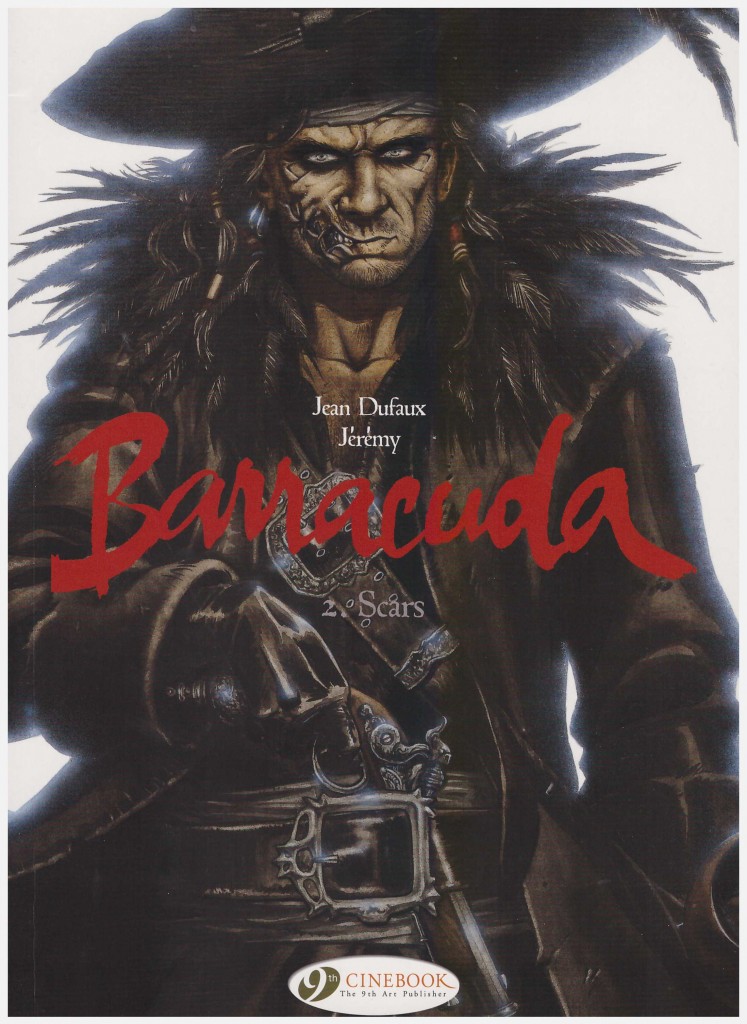 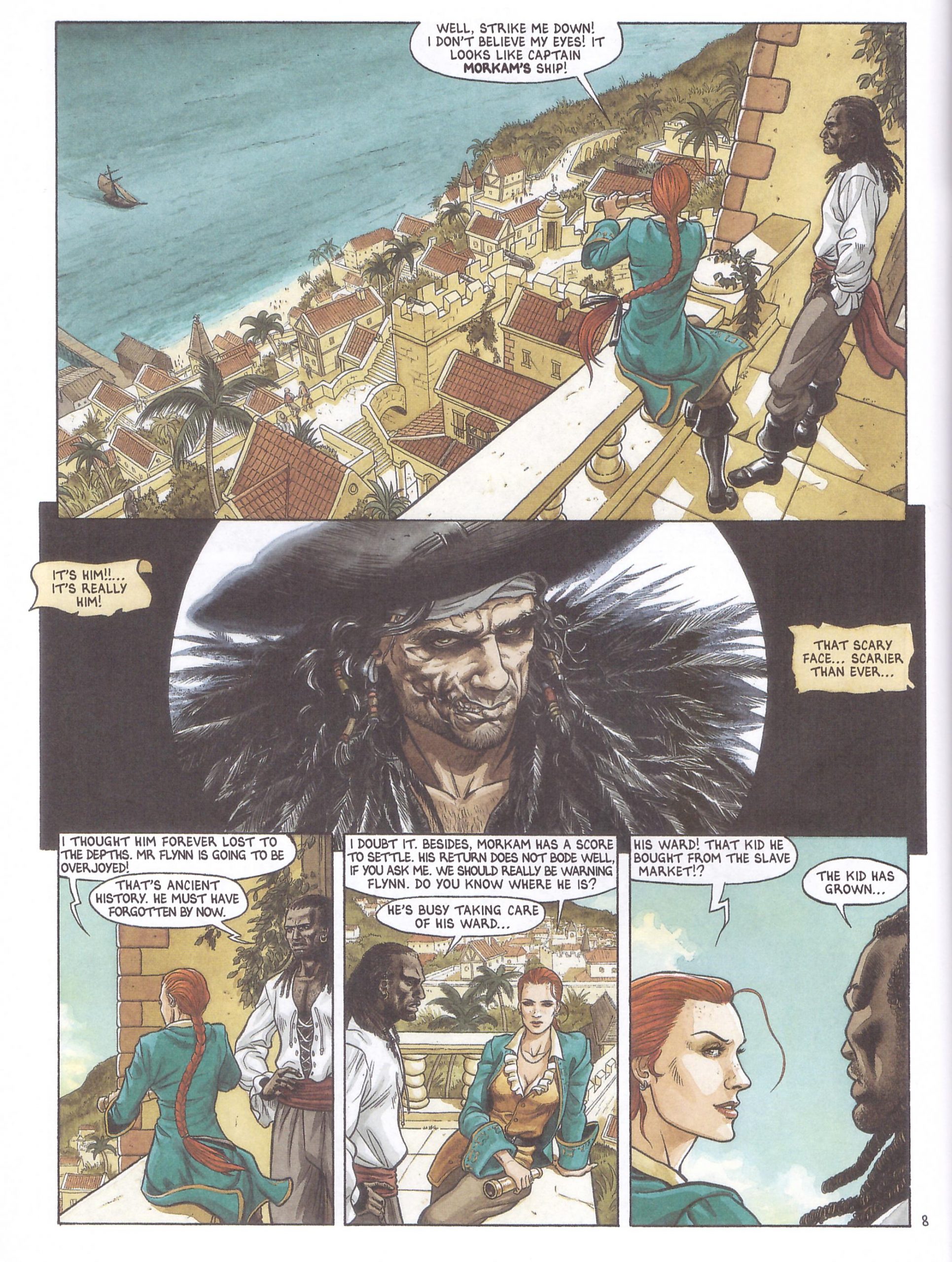 Slaves introduced the 17th century Caribbean port of Puerto Blanco, safe haven for pirates and slave traders, and newly home to Maria del Scuebo, sole survivor of her noble family after the ship on which she was travelling was boarded. Primed for the slave market, she so entranced the boss Ferrango he bought her himself. The early pages of Scars display that possibly wasn’t the best decision. As she’s grown into womanhood instead of Ferrango breaking her to his will, she’s become the dominant partner, relishing in his humiliation.

The captain of the raided ship has now returned to Spain and powerful influences see to it that his loss is to be rectified. God has delivered a vision that he is to locate the Kashar diamond, and he’ll be accompanied by a holy man, now blind, but once associated with the Del Scuebo family.

Emilio, once a child valet, has also progressed, finding his own comfortable identity in the company of Mr. Flynn, a far more benign soul than most in Puerto Blanco, but well capable when it comes to handling himself. This is just as well as he’s the target of a fearsomely disfigured pirate named Morkam. The reasons for this emnity have their origins in London.

It’s been three years since Raffy saw his pirate father Blackdog, during which he’s been restored to health. Despite outward appearances he’s a changed man, with new priorities.

It’s another pirate extravaganza from writer Jean Dufaux and artist Jérémy Petiqueux, simmering with undercurrents of sexual tension and bitter rivalries. In fact, were it not for the period detail so convincingly supplied by Petiqueux, or Jérémy as he prefers to be credited, this could well be present day soap opera, such are the tropes.

With this volume there are fewer pirates, so much of the cast has a romanticised and glamorous sheen, but no more so than a Hollywood movie. Scars is a grim world vividly realised, and zips along at such a pace that the ending rapidly appears. The story continues in Duel.