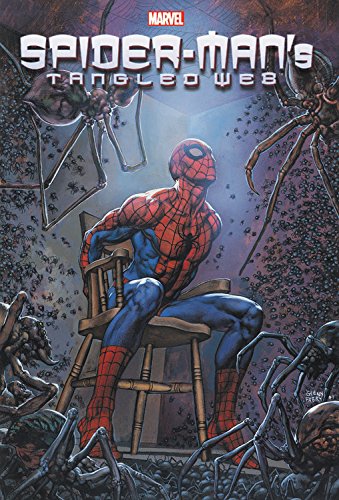 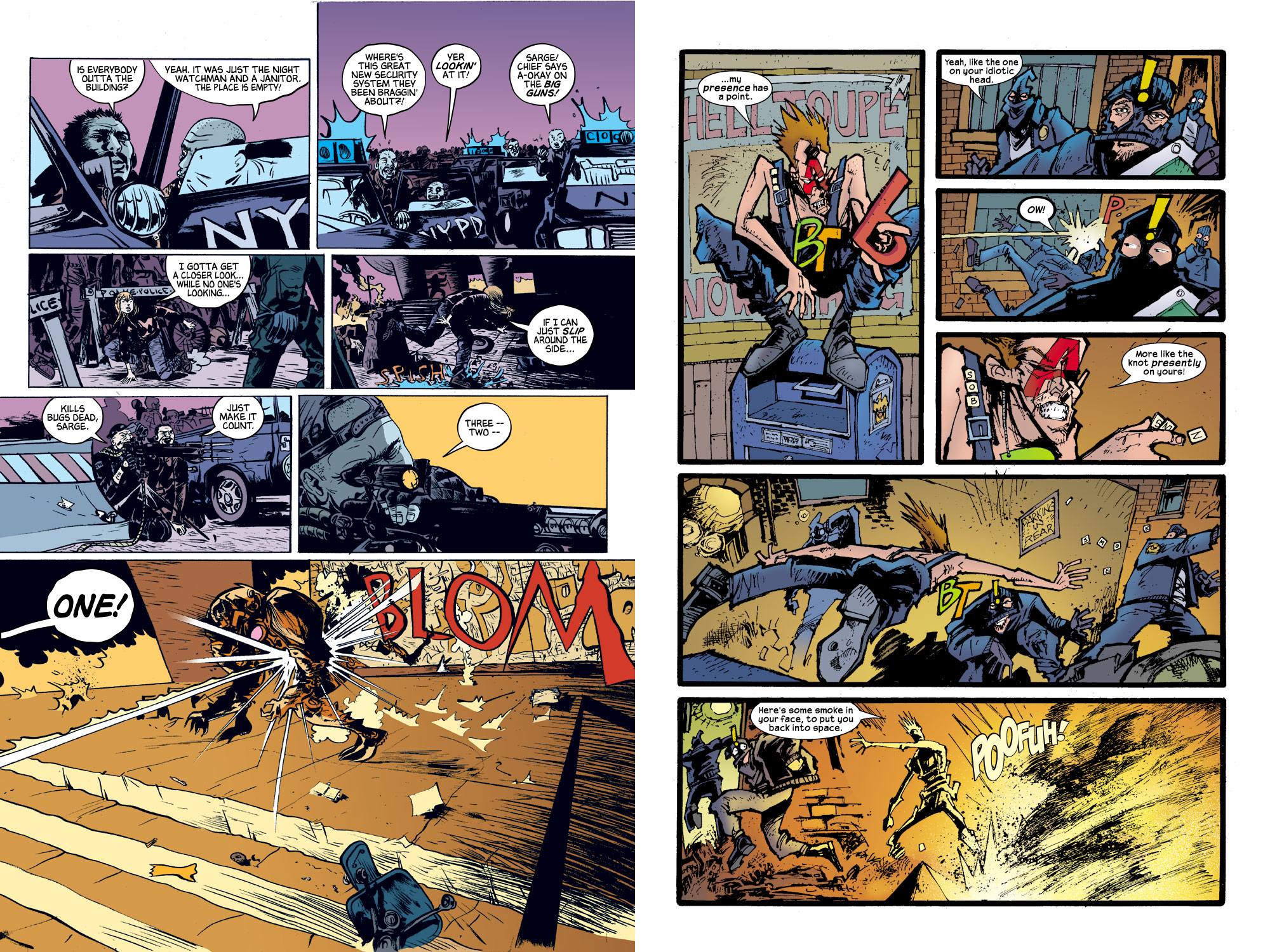 The editorial brief for Spider-Man’s Tangled Web was to provide stories about people connected with Spider-Man, but with the web-slinger a diminished presence. Unlike other 21st century umbrella packages from Marvel, this was no tryout project. The stories were produced by creators with track records (not always in the USA), and the results supplied many different moods, from comedy to horror.

Given a free hand, almost every creator delivers. We have stories about a villain’s daughter (Paul Pope, sample art left), and a very different tone from Zeb Wells and Duncan Fegredo dealing with a villain’s son. Darwyn Cooke and J. Bone contribute a great Valentine’s Day story followed by a great Christmas story, while Robbie Morrison and Jim Mahfood look at supervillains dating. Brian Azzarello, Scott Levy and Guiseppe Camuncoli spotlight the career of the wrestler Spider-Man beat soon after getting his powers, Zeb Wells and Dean Haspiel take a look at J. Jonah Jameson, and the other sample art is from Ted McKeever’s introduction of a ridiculous gimmick based villain. We see a pub for villains, what happens to an administrator who fails the Kingpin, a deprived kid meeting Spider-Man and a cabbie who knows a valuable secret.

The lowest ranking of anything included is average, but that’s not often, and there’s more than enough gems. If forced to name a single story as the best, it would be Peter Milligan and Fegredo’s two-parter about the Rhino, one of Spider-Man’s dimmer villains, suddenly acquiring intelligence. It’s funny, perfectly pitched and beautifully drawn.

It’s nice to see Glenn Fabry’s cover used for the Omnibus, but while everything reads well the $100 cover price for 22 repackaged comics when 40-50 is the norm for such collections doesn’t seem like any kind of bargain, even allowing for online research revealing the first trade collection isn’t cheap. It’s uncertain whether the demand is for the work of Garth Ennis and John McCrea (nowhere near their best), Greg Rucka and Eduardo Risso (nice) or that Milligan and Fegredo gem. The fourth trade includes a two chapter Wells and Mahfood piece about a mad spring break not included here, but on the other hand there’s enough quality art to tempt at the Omnibus’ larger page size. Make your choice before you pay your money.